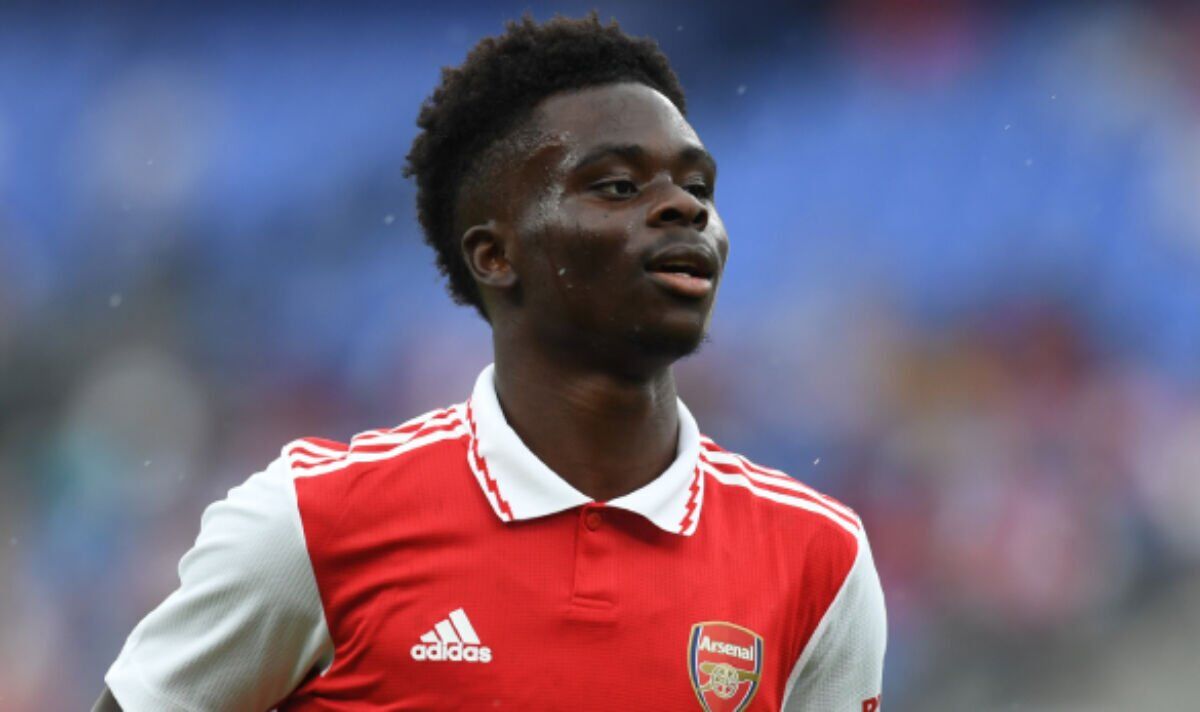 Arsenal manager Mikel Arteta has revealed Bukayo Saka’s intentions for the long run after transfer links to Liverpool this summer. The England star has two years left on his contract and has not signed a recent deal since becoming a key player within the squad, meaning the Gunners might want to offer the 20-year-old a big pay rise with a purpose to keep Saka on the club beyond 2024.

Jurgen Klopp’s side had been linked with Saka as they searched for a Sadio Mane alternative this summer, and a possible successor to Mohamed Salah before the Egyptian signed a recent deal to stay at Anfield until 2025. Arteta shall be keen to tie Saka right down to a long-term contract, and the Spanish boss believes that the England international also desires to remain on the club.

After Arsenal’s 2-0 pre-season win over Everton, Arteta was asked about ongoing negotiations to renew Saka’s contract. “We are going to try,” Arteta replied. “And we each have the identical intention and it’s a matter of time.” Saka was on the scoresheet against the Toffees as he latched onto Gabriel Jesus’ cross and fired past international team-mate Jordan Pickford.

Saka had also been linked with Manchester City as a possible alternative for Raheem Sterling, who recently accomplished a £47.5million move to Chelsea. The 2 clubs can have been well-placed to debate Saka as Arsenal have already negotiated with Manchester City for the transfer of Jesus, while they reportedly have agreed a fee of £30m to sign Oleksandr Zinchenko from Pep Guardiola’s side.

Saka’s availability has benefitted Arsenal since he broke into the primary team within the 2019/20 season. He played in every Premier League game within the last campaign because the Gunners’ form on the tail end of last season dipped once they suffered injuries to key men Kieran Tierney and Thomas Partey.

Arteta has revealed numerous his players are coping with issues lower than three weeks until their opening game of the season away to Crystal Palace.

“He [Ben White] had a little bit of a niggle in his quad so we now have tried to guard him,” Arteta said. “Now we have Kieran [Tierney] with a slight problem, we now have Emile [Smith Rowe] as well with a muscular niggle, [Takehiro] Tomiyasu as well and Ben. He [Fabio Vieira] had a slight problem in his bone [in his foot] and hopefully he’ll start to coach in the following week or so.”