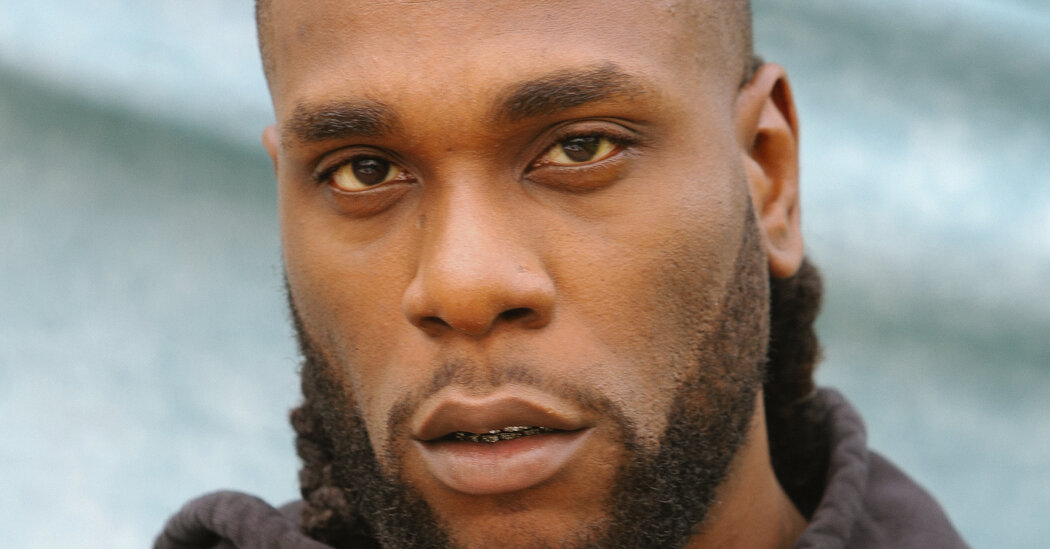 “Fame puts you there where things are hole,” David Bowie sang back in 1975, and many performers, before and after, have discovered the identical thing. Their songs declare outsized ambitions and make premature boasts as careers begin. But then success, if it happens, brings as many pressures and perks — and, sometimes, a recent willingness to confront misgivings.

Burna Boy — the Nigerian songwriter Damini Ebunoluwa Ogulu — has ascended steadily to international stardom over a decade of recording. In April, as a part of his latest world tour, he became the primary Nigerian act to headline the Madison Square Garden arena, featuring a cameo appearance — an elder-generation endorsement — from Senegal’s longtime musical ambassador, Youssou N’Dour.

Burna Boy’s sixth studio album, “Love, Damini,” is a trove of fabric: 19 full-fledged songs. He summoned a global roster of collaborators including blockbuster hitmakers — J Balvin and Ed Sheeran — together with Khalid, Kehlani, Ladysmith Black Mambazo, the Jamaican singer Popcaan and the British rapper J Hus. And like Burna Boy’s previous album, the Grammy-winning 2020 “Twice as Tall,” his recent one each parades his accomplishments and admits to the doubts and regrets of an obsessive achiever.

Burna Boy calls his music Afrofusion. Its core is the elegantly minimal percussion — hand-played and electronic — of Nigerian Afrobeats, which uses impacts and silences to imply three-against-two syncopations. Abetted by a few of Africa’s most inventive producers, Burna Boy connects Afrobeats to its worldwide kin: R&B, Jamaican dancehall, reggaeton, Congolese rumba, hip-hop and more. His voice, a velvety baritone, has a suave composure that may hint at easy assurance or a melancholy reticence, and while his melodies don’t immediately seem sharp-edged, he places each note so as to add one more layer of polyrhythm.

The music draws pleasure from every strategic detail: from the weave of sampled and echoing backup vocals in “Different Size,” from the percussive syllables that break up the title and refrain of “Kilometre,” from reversed guitar tones and distant reggae horns in “Jagele,” from the saxophone curlicues that answer his voice in “Common Person.” The surfaces are glossy and reassuring; the inner workings are slyly playful. But Burna Boy broods greater than he celebrates.

In “Glory,” the album’s opening song, Burna Boy guarantees “That is my story”; it begins with the sober South African harmonies of Ladysmith Black Mambazo, before piano chords chime in and Burna Boy sings that he’s been “having nightmares of the day I fall off.”

His guests often join him as fellow strivers. Khalid croons within the hymnlike “Wild Dreams,” as Burna Boy urges listeners to dream big but ends with a warning: “Remember Martin Luther King had a dream, after which he got shot.” J Balvin trades verses with him in “Rollercoaster,” a bilingual Afrobeats-dembow mix, with Burna Boy expressing gratitude, renouncing “the fast life” to be “pure of heart,” and resigning himself to ups and downs. And with Ed Sheeran, he shares “For My Hand,” a wedding-song-worthy vow of mutual devotion through rough times, singing, “At any time when I’m broken, you make me feel whole.”

Work-life imbalance destroys a romance in “Last Last,” the album’s most agitated song; over nervously strummed minor chords and a vocal phrase sampled from Toni Braxton’s “He Wasn’t Man Enough,” Burna Boy sings, “I put my life into my job/And I do know I’m in trouble.” In “It’s Plenty,” he notes, “Don’t wanna waste my days/I need to spend them on enjoyment,” however the production keeps the bouncy track at a distance, and shortly Burna Boy is apologizing — “Don’t know show you my love” — and feeling numb and compulsive: “Regardless of what I do, it’s not enough.” In “How Bad Could It Be,” amid crystalline guitar picking and ghostly women’s voices, he’s more convincing as he details depression, alienation and anxiety than he’s with the song’s halfhearted advice: “Whenever you feel as sad as you may feel/Say, ‘How bad could it’s?’”

He has other concerns, just like the smog in his hometown, Port Harcourt. “Due to oil and gas, my city’s so dark/Pollution make the air turn black,” he sings in “Whiskey,” a midtempo track punctuated by vintage-sounding horn-section samples and furtive guitar runs. And even when he’s promising carnal delights — in “Dirty Secrets,” “Science” and “Toni-Ann Singh”— they’re mixed with minor chords and ominous undercurrents.

On “Love, Damini,” Burna Boy could easily have congratulated himself and strutted through recent conquests as an alternative of looking inward. But even now, he’s not self-satisfied enough to party — not this time.