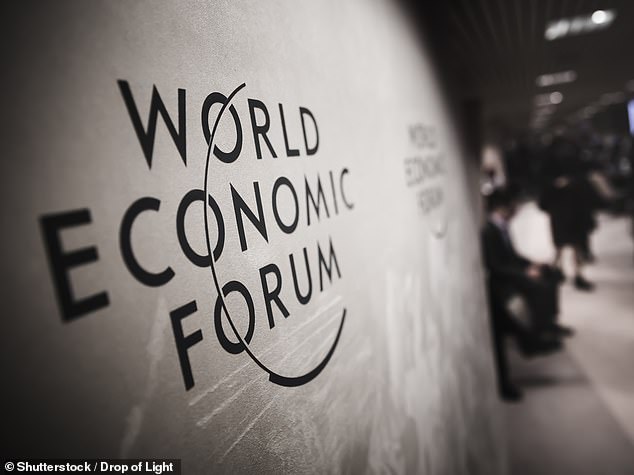 Businesses have opened up a ‘staggering’ lead over government in a poll of who the general public sees as competent.

The findings – in a worldwide survey of greater than 32,000 people by public relations firm Edelman – show firms are seen as more ethical than their elected counterparts, with bosses now expected to be leading voices on ‘societal issues’.

Edelman’s trust barometer is published as government and business leaders gather within the Swiss ski resort of Davos for the annual meeting of the World Economic Forum.

Ineffectual: Edelman’s trust barometer is published as government and business leaders gather within the Swiss ski resort of Davos

The international gathering has been previously criticised as an ineffectual talking shop – and due to the jarring discrepancy of world elites arriving on private jets to mouth platitudes about climate change and poverty.

Edelman’s 2023 trust barometer rates business as having a rating of 11 for competence, barely lower than a 12 months ago but 53 points ahead of presidency on -42.

On ethics, businesses have a rating of 18 – higher than last 12 months and 30 points ahead of presidency at -12.

The report said trust in business had been boosted by its treatment of employees in the course of the pandemic and the ‘decisive’ motion in exiting Russia after the invasion of Ukraine.

Edelman chief executive Richard Edelman said: ‘Increased perception of business as ethical brings higher expectations of CEOs to be a number one voice on societal issues.’ By a margin of six to 1, the general public wanted bosses to grow to be more involved in issues reminiscent of climate change and reskilling of workforces.

Government is distrusted in 16 of the 28 countries surveyed, topped by the US, the UK and Japan.

The survey also pointed to a collapse in economic optimism. Half of the 28 countries saw a double digit decline in the idea that their families might be higher off in five years.

This has dropped to all-time lows within the US and the UK – where the survey found just 23 per cent felt optimistic.

He said bosses were central to restoring economic hope.