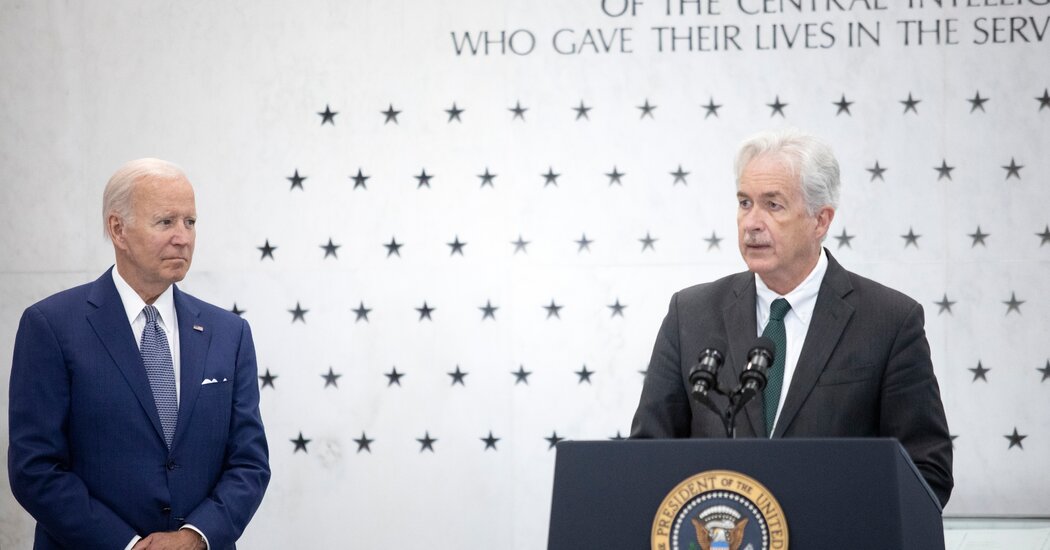 The C.I.A. director, William J. Burns, issued a warning to the agency’s work force last week after what seemed to be a noose was found outside a secret facility utilized by the agency in Virginia, based on people conversant in the matter.

Within the message, Mr. Burns said that racism and racist symbols wouldn’t be tolerated within the agency.

Questions surround the incident. The item was found near a small agency facility situated in a constructing that houses businesses and other organizations. Some people briefed on the incident said it was not entirely clear that the thing was even meant to be noose, or if whoever placed it there knew that the C.I.A. secretly operated within the constructing.

The incident didn’t occur on the C.I.A. headquarters in Langley, Va, which is closely guarded. The people conversant in the incident wouldn’t discover the placement of the key facility where the thing was found.

People interviewed for this text spoke on the condition of anonymity to debate internal C.I.A. communications and an ongoing investigation.

The C.I.A. doesn’t currently have evidence suggesting that an agency worker left the item, or that a foreign intelligence service was involved, based on a few of those people briefed on the incident.

Still, the thing was disturbing enough that an agency official reported it, prompting the investigation and Mr. Burns’s note.

“C.I.A. has zero tolerance for actions or symbols of hatred and treats any such incidents with the utmost seriousness,” said Susan Miller, a spokeswoman for the agency, who declined to comment further on Mr. Burns’s message. “Our values and our vital national security mission demand that we uphold nothing lower than the best standards of inclusiveness and safety.”

The C.I.A. has been working to diversify in recent times. In the course of the Obama administration, John O. Brennan, then the director, made public an organization diversity report and stepped-up recruiting at historically Black colleges and universities. Gina Haspel, the director in the course of the Trump administration, began an promoting campaign meant to assist diversify the agency.

Last 12 months, Fox News and other conservative news outlets began attacking the agency for what they called its woke recruiting videos.

A report on diversity released by the Office of the Director of National Intelligence last 12 months found that 12.3 percent of civilian employees in the assorted intelligence agencies were Black. Overall, the share of minorities increased between 2019 and 2020, based on the report, but at probably the most senior pay levels, Black representation was far lower, making up just 6.5 percent of the ranks.

Former C.I.A. officials said that Mr. Burns had made efforts to present Black employees distinguished roles in senior jobs, but work is left to be done.

Darrell Blocker, a former senior C.I.A. official who worked on the agency for nearly 30 years, commended the agency’s recent diversity efforts. Nevertheless, as with anywhere else, racism may be found on the agency, he said.

“The C.I.A. is a microcosm of the populace from which it draws its work force, so it shouldn’t surprise anyone who understands the deep-seated racism that has permeated all institutions throughout our history,” said Mr. Blocker, who’s Black.

Mr. Blocker praised the C.I.A. officer who reported seeing the noose, saying it was vital for workers to report possible racial incidents in order that they may be investigated and addressed.

While most of what goes on within the C.I.A. stays shrouded in secrecy, some hate incidents have come to light. In 2015, a C.I.A. paramilitary contractor who’s gay spoke to ABC News a few pattern of harassment by his teammates.

Preston Golson, a former C.I.A. analyst who also worked on initiatives to diversify the organization, said that while Black employees on the agency experienced the identical unconscious bias that’s present in every American workplace, he had not seen signs of overt racial hate.

“I never experienced anything like that in my almost 17 years there,” said Mr. Golson, who’s Black. “There may be at all times the everyday things African Americans experience in any workplace, whether it’s microaggressions or not having the ability to express your full self culturally. Nevertheless it is nothing out of the odd from any organization in America.”

Mr. Golson, who’s now a director on the Brunswick Group, an advisory firm, said the agency must still work on diversifying its leadership, in addition to a few of its most central jobs, including in operations and evaluation.

“We’d like more representation within the traditionally higher-profile positions, jobs in evaluation, operations,” Mr. Golson said. “But there have been some strides there too.”