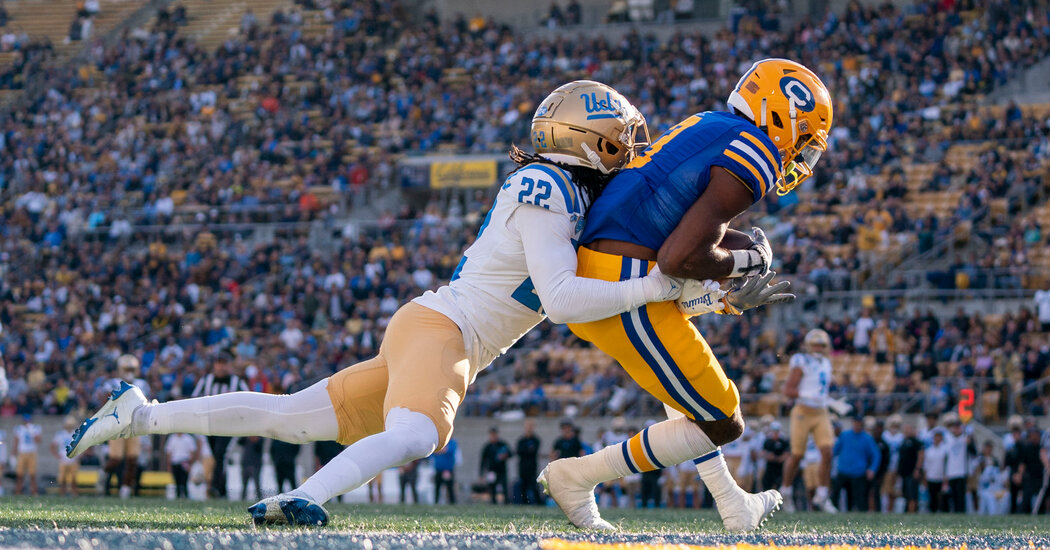 Cal-Berkeley Chancellor Carol Christ, who had hoped the Regents would block U.C.L.A.’s move, brushed past a reporter as she left the meeting immediately after it ended. “I’ve got nothing to say,” she said.

Lark Park, one among the five regents who voted against the approval, said “it wasn’t there for me,” but declined to elaborate. Leib believed that those that opposed the deal did so for philosophical reasons. “Some people felt it might be higher to place the genie back within the bottle and take a look at to get U.C.L.A. back to the Pac-12 is my guess,” he said.

That the vote took place on U.C.L.A.’s campus, within the Luskin Center, which is tucked beside the football team’s practice fields and the basketball arena, the historic Pauley Pavilion, could have seemed symbolic — nevertheless it was coincidental. A special meeting to deal with health services committee matters had been previously scheduled for Wednesday.

For a process that dragged on longer than many regents — and U.C.L.A., Pac-12 and Big Ten officials — had expected, it was fitting that Wednesday’s meeting had to beat its own unexpected hurdles.

The meeting was delayed for 2 hours by protesters representing striking academic staff, who twice interrupted it by chanting, sitting on the ground and refusing to go away until police handcuffed them and led them out. Wednesday marked one month because the start of the strike, which has affected about 48,000 staff throughout the sprawling university system.

In all, 14 protesters were arrested for trespassing on Wednesday.

Several hundred protesters, including a person playing an accordion, carried picket signs, chanted and paraded across the Luskin Center, which was encircled by a brief chain-link fence and fortified by police and campus security guards.