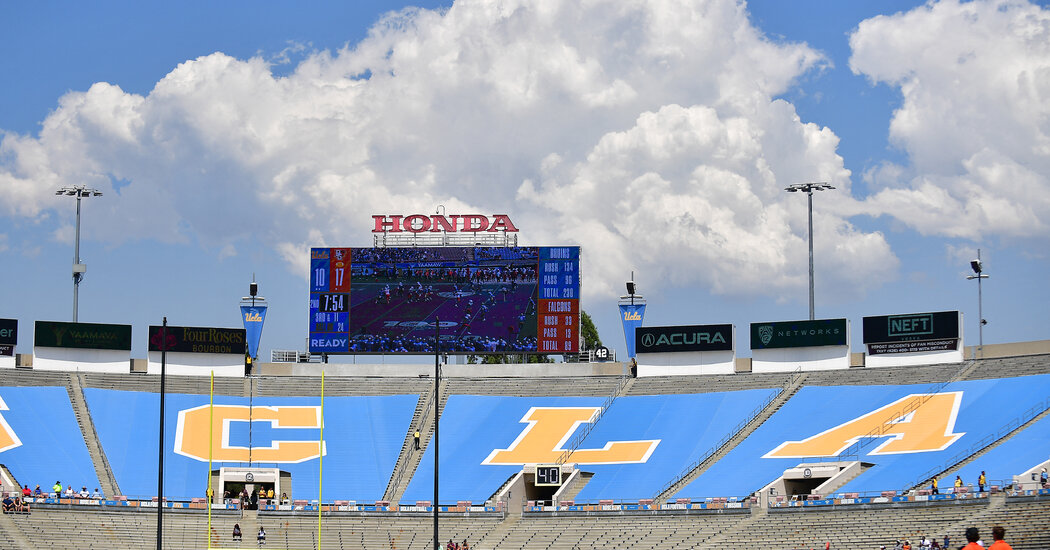 So when U.C.L.A. was deep in talks with U.S.C., the Big Ten and its media partner, Fox Sports, U.C.L.A Chancellor Gene Block informed Drake, the U.C. president who oversees the university chancellors. Drake is a seasoned participant in that world, having served as chair of the N.C.A.A. Board of Governors when he was the president at Ohio State.

While Block informed Drake of the talks, only a handful of regents were aware until shortly before the Los Angeles schools’ departure was reported on June 30 by the San Jose Mercury News. The political ramifications were quickly made clear when Newsom, who’s a nonvoting board member and appoints a number of the regents, was upset at the dearth of transparency due to its impact on one other U.C. school.

Leib, the board chair, said on Wednesday that “in my mind, this is completely within the purview of the regents.” He said he expected the board would make a call on whether to intervene by the tip of the yr. “By November, it’s going to get more clear.”

Block was asked Thursday morning, standing outside the Price Center, the U.C. San Diego student center where the three-day meeting was held this week, if he was surprised by the place U.C.L.A. finds itself in.