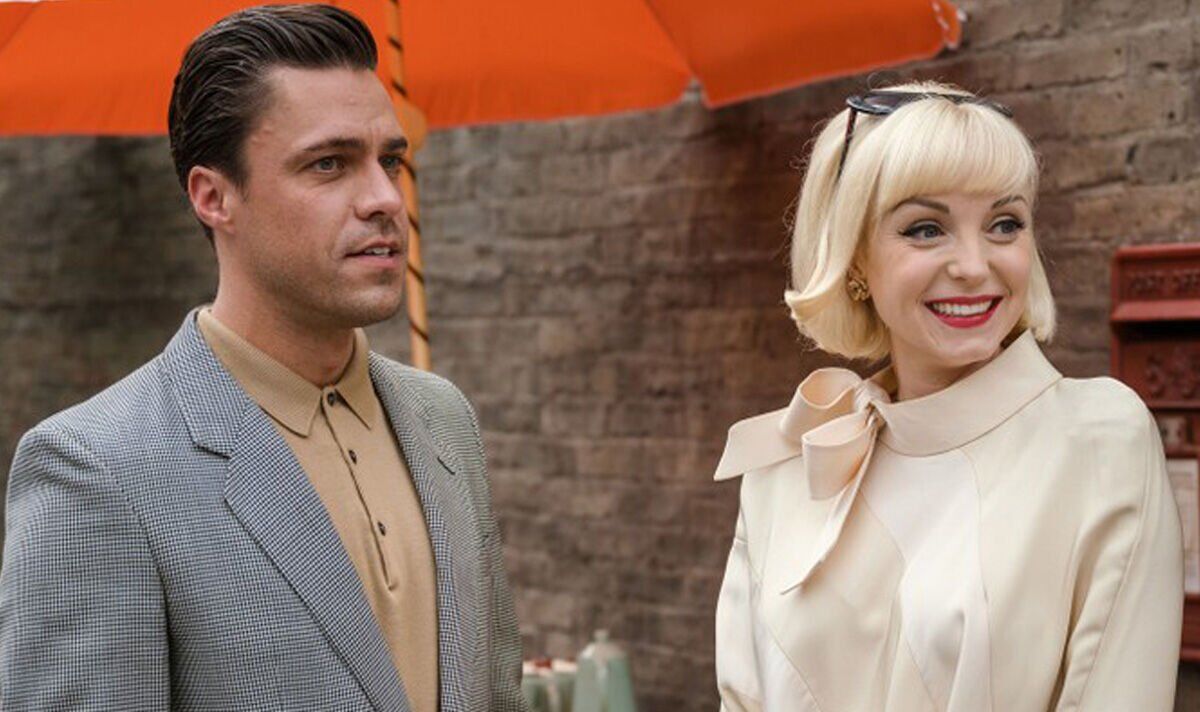 While Christmas remains to be seven months away, Call the Midwife are already filming their festive special and Helen George has been confirmed to return to the beloved BBC series. Behind-the-scenes images show Helen as Nurse Trixie Franklin having her hair fixed and a teaser from the show hints she could receive a proposal from widower Matthew Aylward (played by Olly Rix). Could the nurse finally have some happiness?

Trixie was last seen making a fast exit from Nonnatus House as she needed to take a leave of absence.

The nurse, who was just starting a blossoming romance with Matthew, rushed off to Italy to deal with her dying grandmother.

Now, with Helen’s return to Call the Midwife, Matthew and Trixie could reunite under the mistletoe.

Will Matthew pop the query and declare he can’t live without Trixie?

Posting on Facebook, Call the Midwife shared a snap of Trixie in a mint green shift dress with a gold pattern.

They captioned it: “Hello all! We just LOVE this beautiful shot of Helen preparing to film a scene on our recent Christmas Special set.

“What is going to 1968 bring for Trixie? Will her relationship with Matthew proceed to blossom? All will likely be revealed as Series 12 unfolds…”

They confirmed: “Call the Midwife returns with a recent Christmas Special and Series 12 in 2023.”

“The easing of the hardest pandemic restrictions after two long years has meant that our forged are actually in a position to interact more freely once more.

“This has been an actual joy for our team – but none more so than for our own Dr Turner, actor Stephen McGann, who can now return to his favourite on-set hobby: meeting and holding our lovely newborns!!

“Through the pandemic there have rightly been tough restrictions placed on close contact with our infants, for fear of virus spread.

“Considered one of the results of this was that our forged couldn’t work directly with the newborn babies. This was an actual challenge for a birth drama like ours, but one we faced, like others, as a medical necessity.”