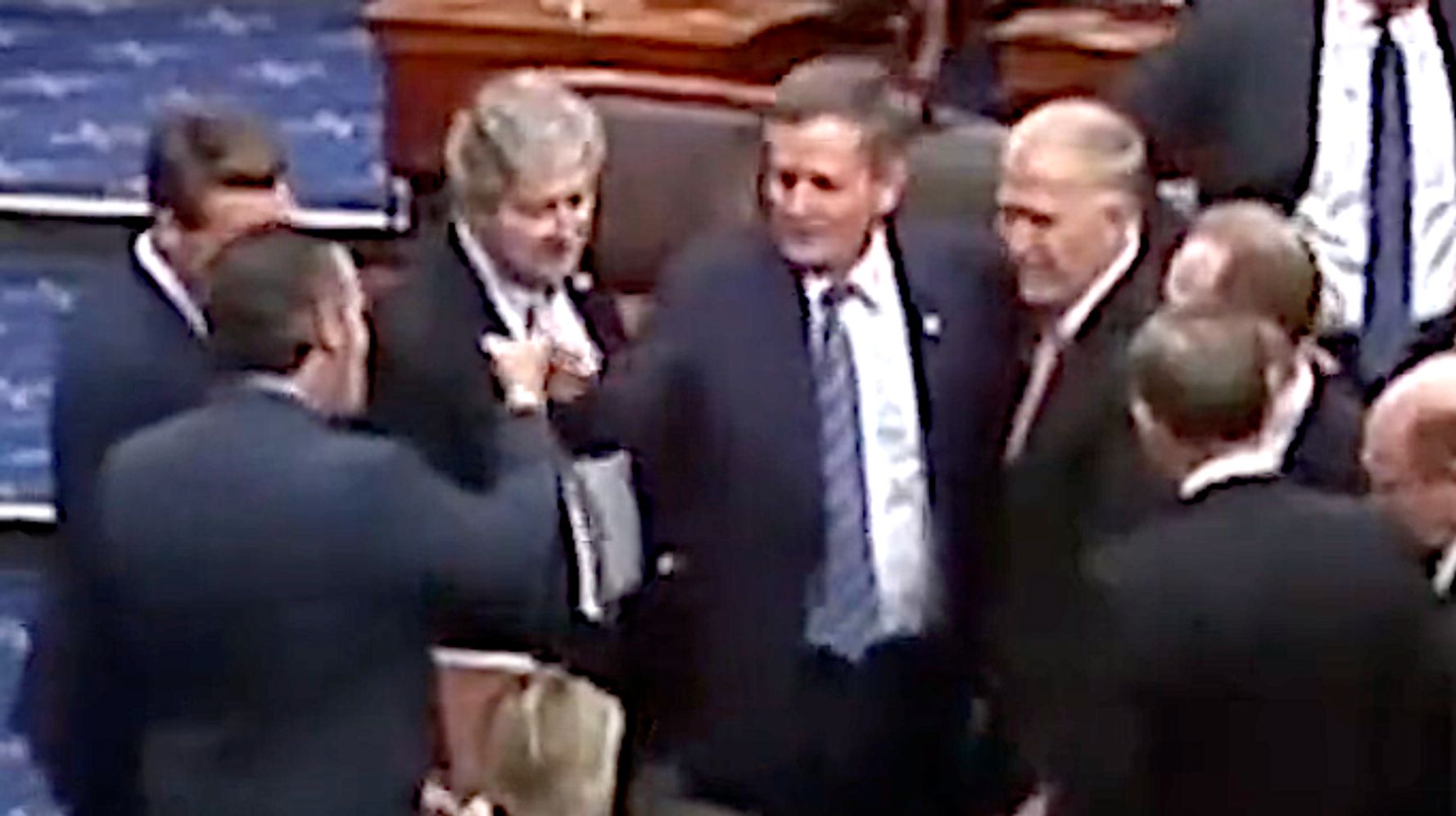 Fist bumps by Republican senators after they voted to carry up aid for military veterans affected by burn-pit exposure has set off a storm of concern.

Sen. Ted Cruz (R-Texas) was captured on video fist-bumping Sen. Steve Daines (R-Mont.) shortly after Republicans managed on Thursday to dam the PACT Act that will allow soldiers, sailors and airmen exposed to pits of smoldering waste in combat zones to be covered by the Veterans Affairs health care system for linked illnesses. Many are affected by cancer.

Democrats and veterans groups were furious that the veterans bill was held up by miffed Republicans when it was expected to pass.

“That is total bullshit. That is the worst type of over politicization I’ve literally ever seen,” said Sen. Kirsten Gillibrand (D-N.Y.) at a press conference Thursday held by Democrats and veterans.

The callous fist-bumping celebration was particularly hard to take for a lot of.

“The most despicable a part of this whole thing is watching on the Senate floor Ted Cruz fist-bumping, after which [the Republicans] patting one another on the back once they blocked this bill,” former “Each day Show” host Jon Stewart said Thursday on MSNBC’s “Morning Joe.”

Only totally soulless politicians would fist bump one another after denying critical veteran advantages simply to own the libs. Those with souls would never actually play politics with soldiers’ lives.

The disgusting fist bump is between Sen. Daines, R-MT, and Sen. Cruz, R-AH (ASSHOLE). Daines is every bit as bad, just not anywhere near as smart. Only these guys would fist bump when screwing over vets. https://t.co/BiS1vVD5sr

Senators Ted Cruz and Steve Daines fist bump after shooting down a bill that will expand healthcare coverage for veterans exposed to burn pits. (2022) pic.twitter.com/fgSTWNBQGH

.@chrislhayes: Republicans were so mad at Democrats, they blocked much-needed health look after U.S. war veterans suffering the after-effects of toxic fumes—after which they celebrated.

Watch @tedcruz and @SteveDaines fist-bump on the Senate floor as Daines’ “no” vote was read. pic.twitter.com/KDCFzsre2J