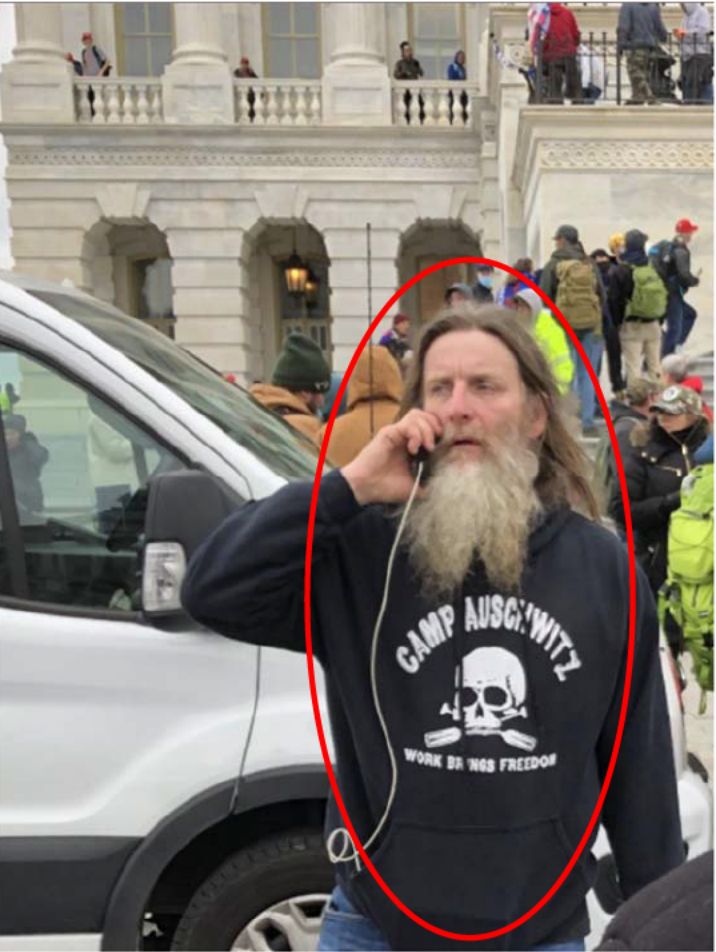 A person who rioted on the U.S. Capitol constructing on Jan. 6, 2021, while wearing a “Camp Auschwitz” sweatshirt was sentenced to 75 days in prison on Thursday. He was also ordered to pay $500 in restitution.

Robert Keith Packer traveled to Washington from Newport News, Virginia, for a rally in support of then-President Donald Trump, who claimed the election had been stolen. Packer, together with other Trump backers, entered the Capitol constructing without authorization despite seeing broken windows and tear gas deployed by police, in keeping with prosecutors.

Packer was caught on camera in several instances wearing a sweatshirt that referenced the notorious Nazi concentration camp. As prosecutors described in a filing, the sweatshirt read ”‘CAMP AUSCHWITZ’ above a picture of a human skull, and underlaid by the phrase, ’WORK BRINGS FREEDOM.”

“Mr. Packer showed the world who he was on Jan. 6 by each his deeds and his actions,” Assistant U.S. Attorney Mona Furst told the court Thursday, in keeping with NBC. “He posted his belief on his clothing that day.”

Robert Keith Packer outside the Capitol in a photograph from a court filing.

Once contained in the Capitol, Packer joined a crowd in a hallway where other rioters broke apart an indication with House Speaker Nancy Pelosi’s (D-Calif.) name, in keeping with a court document.

Packer then traveled to the stairway near the Speaker’s Lobby doors where police fatally shot fellow rioter Ashli Babbitt around 2:45 p.m., the filing states.

Law enforcement arrested Packer on Jan. 13, 2021, after conducting surveillance at his residence in Newport News.

He pleaded guilty earlier this 12 months to misdemeanor charges of illegal picketing and parading.