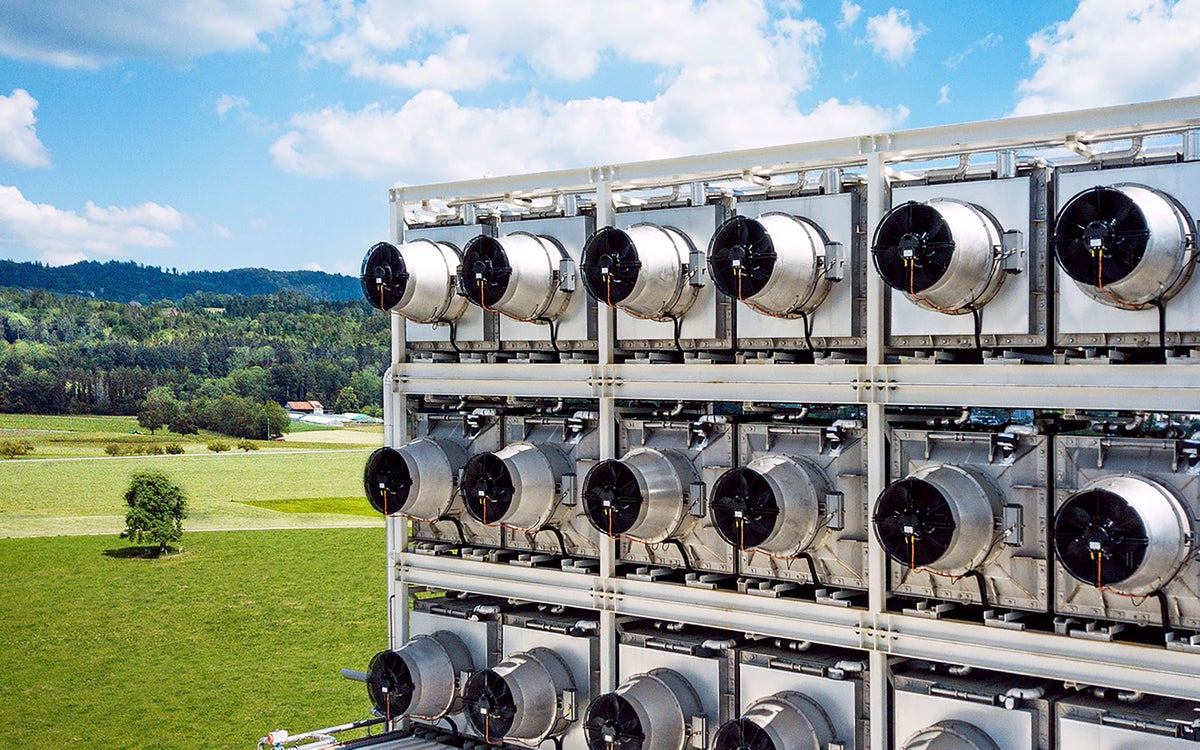 A climate startup claims to have captured carbon dioxide (CO2) from the open air and stored it underground in an industry first.

Climeworks AG used direct-air capture technology to drag air from the atmosphere, filter it and bury it in an effort to mitigate human-induced climate change.

The Swiss-based startup is selling carbon credits to major carbon-emitting corporations like Microsoft with a view to offset their emissions.

Climeworks chief executive Christoph Gebald told The Wall Street Journal on Thursday that it was the primary time an organization had captured and stored CO2 from open air at a meaningful scale using a third-party verified process.

“That is a crucial inflection point in the event of direct-air capture,” said Stacy Kauk, head of sustainability at Climeworks customer Shopify.

Climeworks uses giant vacuum-like devices to suck ambient air through a filter that traps massive amounts of CO2. This filter is then heated to shut to 100C after which mixed with water with a view to be pumped underground into stone storage designed to be kept out of the atmosphere for millenia.

The firm has industrial carbon capture facilities in Switzerland and Iceland, able to removing roughly 4,000 metric tons of CO2 annually.

Carbon capture technologies have been criticised for the vast amounts of energy and resources required to construct them, though Climeworks claims its machines offer one among the one solutions for massive-scale carbon removal.

Scientists have also warned that it would be a significant a part of holding global net emissions below zero by 2050.

“Carbon capture and storage goes to be the one effective way we’ve within the short term to stop our steel industry, cement manufacture and plenty of other processes from continuing to pour emissions into the atmosphere,” Professor Stuart Haszeldine from Edinburgh University said in 2021 in response to criticism from green groups claiming that such technologies were a costly distraction.

“If we’re to have any hope of keeping global temperature [increases] down below 2C then we desperately have to develop ways to capture and store carbon dioxide.”