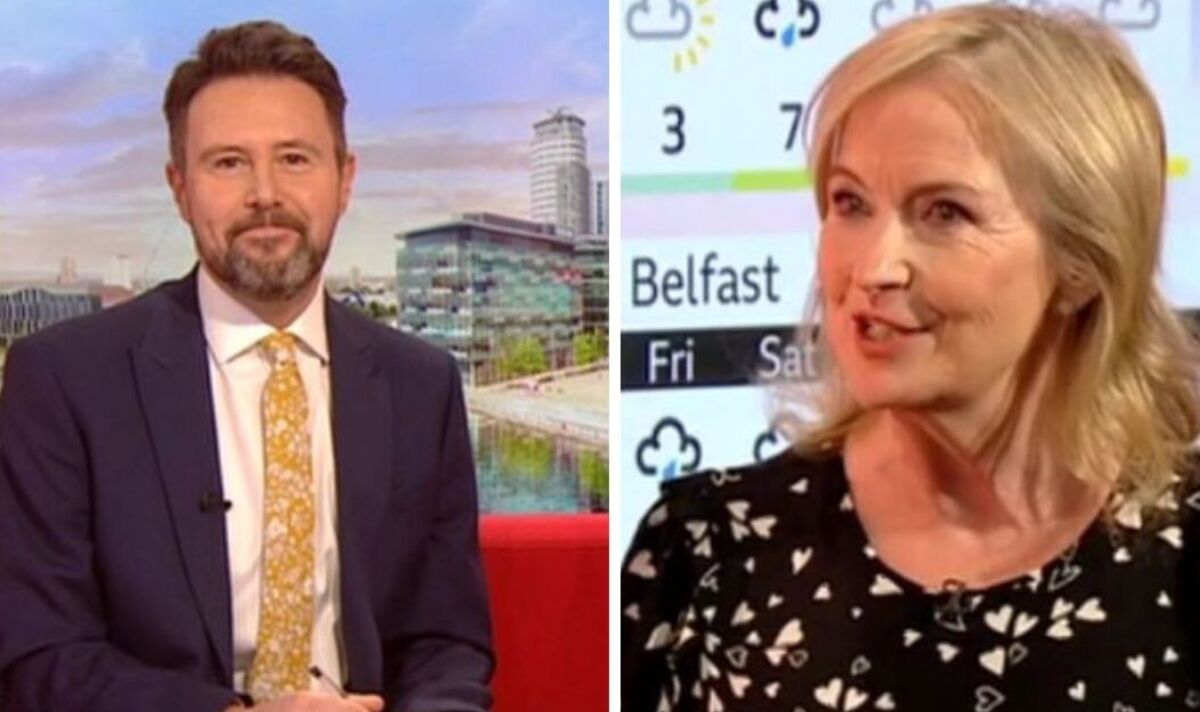 The 60-year-old, who normally presents via video link from London, was joining celebrations for the show’s Fortieth anniversary, and the programme saw the presenters looking back at the primary episode, which was then called Breakfast Time. As Carol Kirkwood expressed her excitement for former weather host Francis Wilson to be joining them, Jon Kay claimed she was really just looking forward to a “rest”, which caused her to roll her eyes at her colleague.

As a part of the special Fortieth-anniversary edition, the celebrities were looking back at among the original episodes and archive footage.

After a weather update from Carol, Jon stated: “You are going to present us a little bit of a retro forecast later!”

“Yes, the Francis Wilson!” Sally Nugent repeated, referring to considered one of the primary weather forecasters on the show.

“Well, he will be doing the weather and he will be using some relatively nice charts. Wait till you see them!” Carol added.

“Similar to he did on that first Breakfast,” Jon remarked.

Carol responded: “Yes, very very similar to that. I can not wait, and he’s got his jumper on as well.”

“You’ll be able to’t wait because he gives you a little bit of a rest!” Jon assumed.

“Oh, I remember it well,” the weather presenter beamed. “Do you realize, Debbie there, I remember doing autocue for Debbie [Moran] and she or he had essentially the most fabulous earrings!”

Carol enthused: “They were great big round pearls!”

“We are able to ask her about them when she is available in,” Sally suggested.

“I ponder if she’s wearing them,” Carol stated, to which Jon added: “She will be able to lend them to you!”