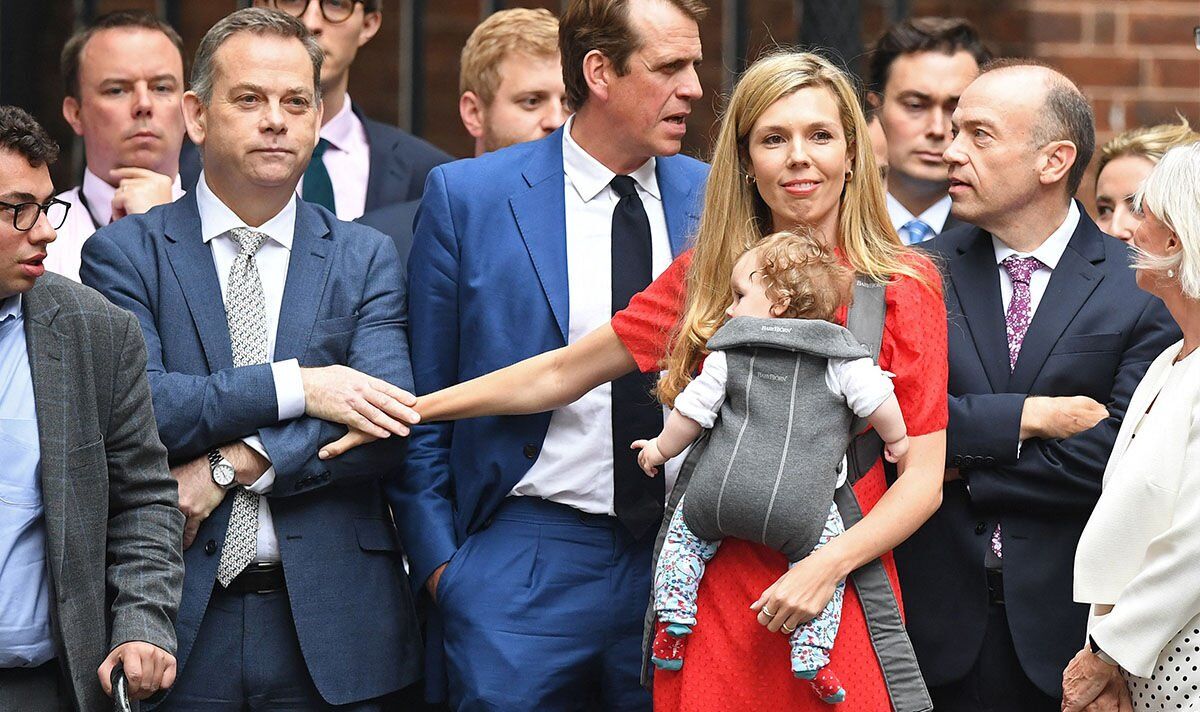 Because the Prime Minister stood positioned behind the Number Ten podium, set to deliver his pivotal resignation speech, members of Downing Street staff rallied across the Conservative Leader. Carrie Johnson, his wife, was amongst the gang with the couple’s youngest child, Romy Johnson, strapped to her front in a carrier. Ms Johnson was seen holding on to Nigel Adams MP as Downing Street representatives and shut allies of Boris Johnson cooed over the young child. Mr Adams has been appointed Minister without Portfolio.

In his speech, the Prime Minister thanked his family and dependable supporters who had stood by his side through the crisis of leadership.

Mr Johnson said: “I would like you to know the way sad I’m to be giving up one of the best job on the planet, but them’s the breaks.

“I would like to thank Carrie and our youngsters and all of the members of my family who’ve needed to put up with a lot for therefore long.”

The Prime Minister revealed a glimpse into the non-public weight of his resignations as he signalled his disappointment that he had been unable to finish his term in office.

He continued: “I would like to thank the peerless British civil service for all the assistance and support that you might have given our police and emergency services.

“And, in fact, our improbable NHS who, at a critical moment, helped to increase my very own period in office.

“In addition to our armed services and our agencies, which are so admired world wide.”

Mr Johnson added: “In politics, nobody is remotely indispensable.”