Catching Up With ‘Star Trek,’ the Quiet Franchise 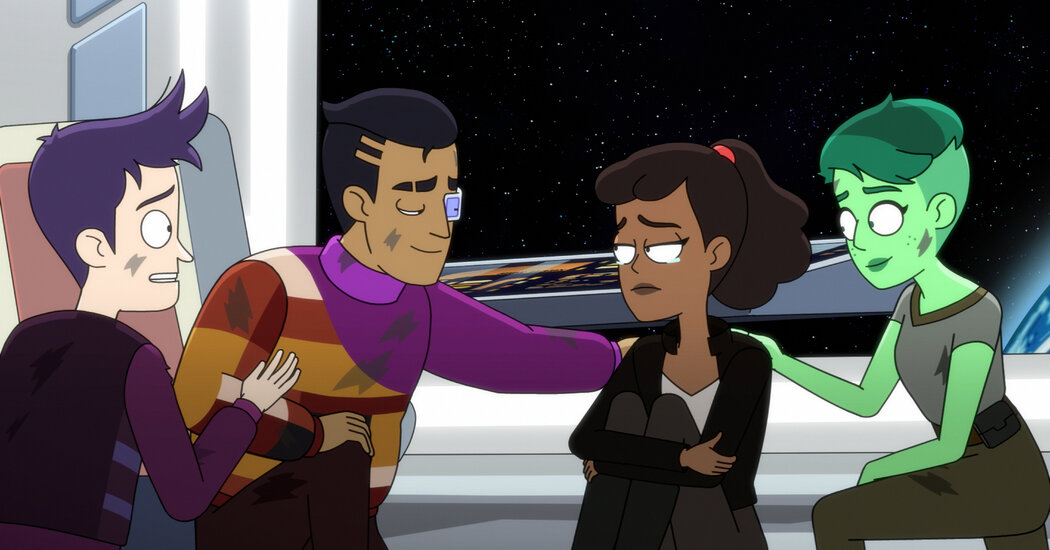 “Lower Decks,” whose third season will proceed to reach through October — all of the “Trek” shows post episodes weekly — was created by Mike McMahan, who was a author and producer on “Rick and Morty.” It’s the least “Star Trek”-like but perhaps probably the most “Star Trek”-besotted show of the bunch.

Focused on a friend group of low-ranking crew members assigned to an obscure support vessel, “Lower Decks” practices a lighter version of the transgressive, cynical humor in “Rick and Morty.” (Or conversely, a more frenetic and suggestive version of the humor in “Futurama.”) Misadventures with dimwitted or comically rapacious aliens are secondary to careerism, resentments and elaborate practical jokes among the many crew.

And at nearly every moment, reference is made to the larger “Trek” universe within the amusingly earnest manner of toons who know they’ll never get to make a crossover episode with the live-action shows. Season 3 begins with a reveal that Ensign Brad Boimler (Jack Quaid) is, like Captain Picard, a vineyard owner back on Earth. Characters from across the “Trek” universe drop by, providing voice work for the unique actors, like J.G. Hertzler because the Klingon warrior Martok, now M.C.ing a fantasy role-playing game.

It’s not surprising that “Prodigy” and “Lower Decks” offer fresh takes on the “Trek” formulas; what’s less expected is that they’re, at times, more moving and emotionally complex than the live-action shows. This may need to do with their provenance in talented creators outside the “Trek” sphere. But it surely also feels as if the medium of animation, and the peripheral genres of children show and comedy, provide a freedom that the makers of the live shows may not have.

Each of the animated shows have central characters who’re as interesting and sharply defined as any in “Discovery,” “Picard” or “Worlds.” In each cases, they’re female off-leads or co-leads: in “Prodigy,” Rok-Tahk (Rylee Alazraqui), an enormous being product of brick who’s revealed to be a shy young girl, and Gwyn (Ella Purnell), the daughter of the story’s primary villain; in “Lower Decks,” Mariner (Tawny Newsome), a blindingly competitive ensign with mommy issues who’s a sly analogue to hypermasculine protagonists like Kirk. When these characters confront their demons, the comic machinations of “Lower Decks” and the kid’s adventure of “Prodigy” may boldly go straight to your heart.