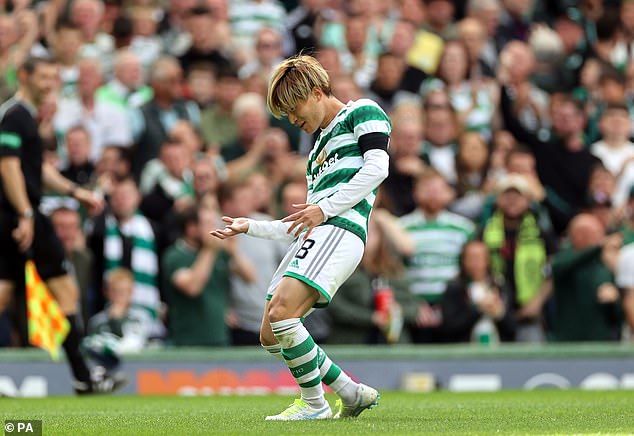 Rest for Celtic got here late within the day. Alex Cochrane was first to go after 89 minutes, Toby Sibbick followed moments later and with, Hearts right down to nine men, substitute Giorgos Giakoumakis secured the points with a long-awaited second goal.

Kudos to Hearts. With the second leg of his side’s Europa League play-off against FC Zurich in mind, Robbie Neilson gambled on starting Scottish football’s hardest away shift with six of his first alternative players missing.

Despite losing an early goal from Kyogo Furuhashi it almost worked. For much of the second half the controlled aggression of Hearts forged Celtic Park into pensive silence. Pushing for some extent, the red cards killed them. 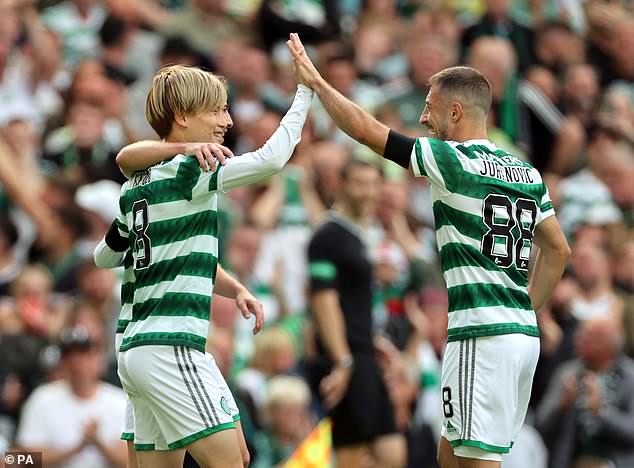 Within the theme of the weekend Neilson was unhappy with referee Kevin Clancy. 4 yellow cards and two reds drained his team of spirit and hope just because the board flashed up for one final effort.

Against nine men Celtic could finally calm down enough to chop loose and make hay. Removed from a vintage performance, Giakoumakis bundled the ball home in added time to open up a two point gap on Rangers on the summit of the Premiership.

Last season the back-up keeper played three games last season and Hearts lost all of them. He lost this one as well, but made some superb saves to preserve the element of doubt until the ultimate minutes. 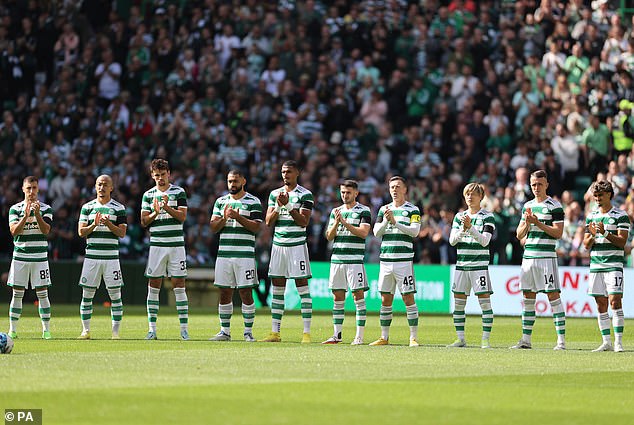 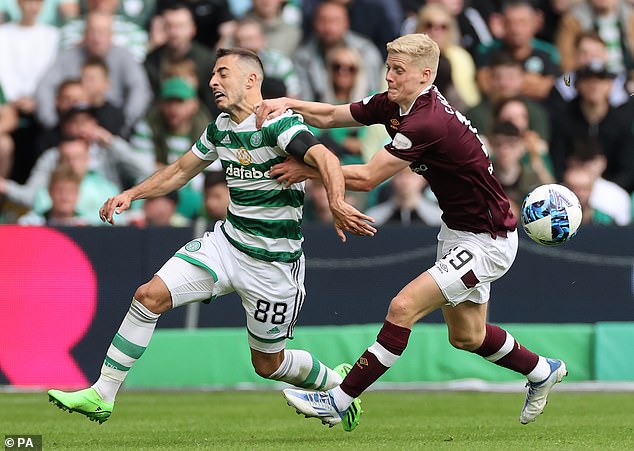 Winless of their last 25 visits to Parkhead Hearts failed to significantly test Joe Hart but will take the positives from the way in which they got here off the ropes to throw a punch or two of their very own.

You might almost hear Robbie Neilson telling his players to dig deep and withstand the early blitz. Against this Celtic side it’s easier said than done. In the middle of their 35 game unbeaten run the champions had scored contained in the opening half-hour 28 times. So it was here.

The space and time afforded to Kyogo Furuhashi to flash the ball past Ross Stewart from 10 yards for his third goal in three games was a colossal act of self harm. In defensive terms it may need been the last one they made 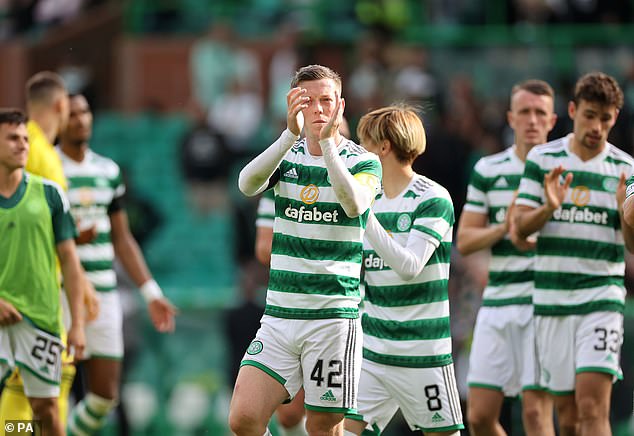 The visitors crafted their first likelihood before the half hour, from a crisp and unexpected passing move began in his own half by Gary Mackay-Steven. For the primary time in the sport Josh Ginnelly had space to take advantage of his space and, with Joe Hart well off his line, dragged a low long range shot past the far post when a lofted effort may need been the higher option.

Once they had the probabilities Hearts did not test Hart often enough yet, as long as they kept the deficit to a single goal they were in the sport

Celtic banged hard on the door in a quest to kill it before the interval, but did not craft too many clear cut opportunitues. 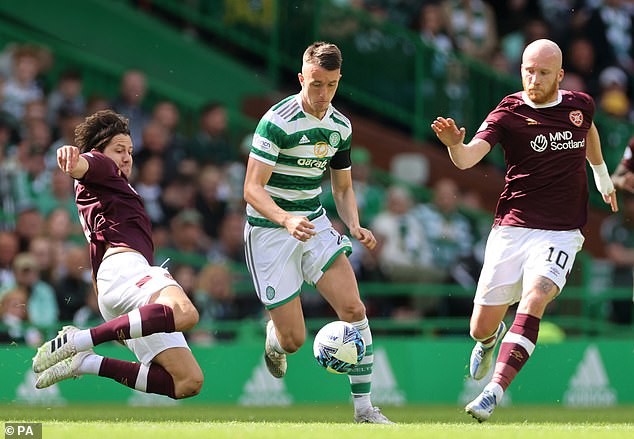 O’Riley’s lofted cross landed on the top of Maeda was one of the best of them and the striker must have done higher than a tame downward effort straight into the keeper’s arms.

Greg Taylor – Celtic’s much improved left-back – had a fizzing long range strike clutched within the air by Stewart. Racing on to a protracted ball he was foiled minutes later by a smartly timed piece of defending by Hearts captain for the day Peter Haring.

When the house team took the early lead it looked like an exercise in damage limitation. Protecting the vulnerable figure of Stewart in goal, catching Celtic offside repeatedly, packing the defensive third of the pitch with bodies, Hearts made it to half-time with cautious aspirations of more.

A robust bench offered the prospect of creating it to the ultimate half hour with a likelihood of bringing on the massive guns and salvaging something from the sport. 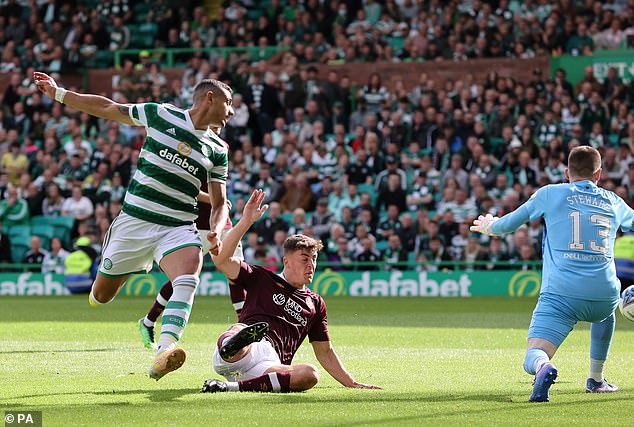 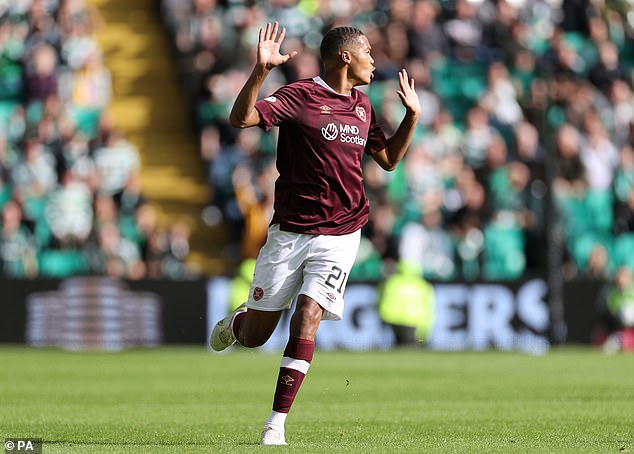 They stated the second half in a fashion which suggested Robbie Neilson didn’t plan to attend that long. A sustained period of attacking possession reduced the house support to pensive silence. Ange Postecoglou normally waits an hour to make changes; this time he went sooner.

Still in the competition, asking questions, the arrival of Hearts big guns Barrie McKay and Lawrence Shankland was logical. Celtic were making heavy weather of things, the arrival of Giakoumakis for the goalscorer Furuhashi an try and treatment the situation.

The Greek’s introduction made the difference ultimately. Yet red cards for 2 Hearts players within the 89th and 91stminutes was clearly an influencing factor.

Alex Cochrane had already been booked when he copped a second yellow for clattering Callum McGregor on the touchline. Neilson was still arguing the toss with the fourth official when Tony Sibbick followed his teammate down the tunnel for a foul of Liel Abada.

Not for the primary time within the weekend two red cards in a single game meant bad news for Rangers. Hopes of a Hearts equaliser diminished completely when Giakoumakis – foiled by a superb Stewart save moments earlier – bundled a Josip Juranovic low cross into the online from close range.