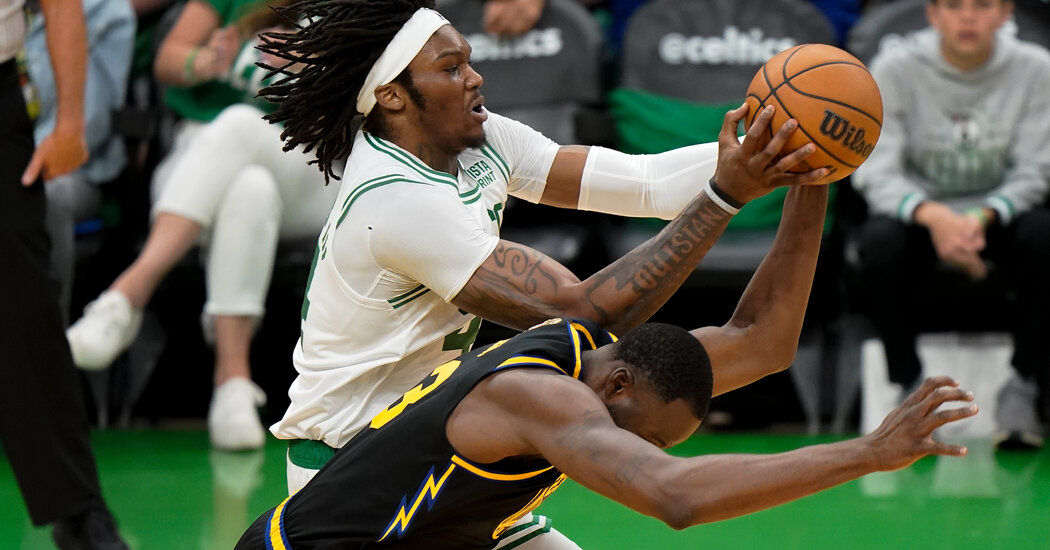 In Game 3, the Celtics reclaimed that edge.

“We needed to,” Smart said of the physicality with which Boston dominated Golden State. “Game 2, they brought the warmth to us. For us, that left a nasty taste in our mouth because what we hang our hat on is effort on the defensive end and being a physical team.”

Golden State was not capable of match it, not for long enough anyway.

Golden State has outscored Boston by 43 points within the third quarter this series, and took a lead in Game 3, 83-82, on a 3-pointer by Curry. That basket had followed a fast stretch of seven points without Boston gaining possession. Curry was fouled shooting a 3-pointer, and because the foul was flagrant, Golden State got the ball back and scored one other 3.

But because the quarter closed, Golden State’s grip on the sport slipped.

“Take the hits, keep fighting,” Williams said was the message within the huddle after the third quarter. “Obviously, they’re an awesome team that goes on runs, lots of runs, but just withstanding the hit.”

Golden State couldn’t get through the defense, nor could it stop the Celtics from grabbing second probabilities. Hustle plays typically went to Boston.

At one point within the fourth quarter, several players tangled over a loose ball, and Smart got here up with it before Draymond Green pushed him. It was Green’s sixth foul, and the gang jeered at him after having spent the evening chanting curses at him.

Golden State’s Klay Thompson complained about fans swearing with “children in the gang.”