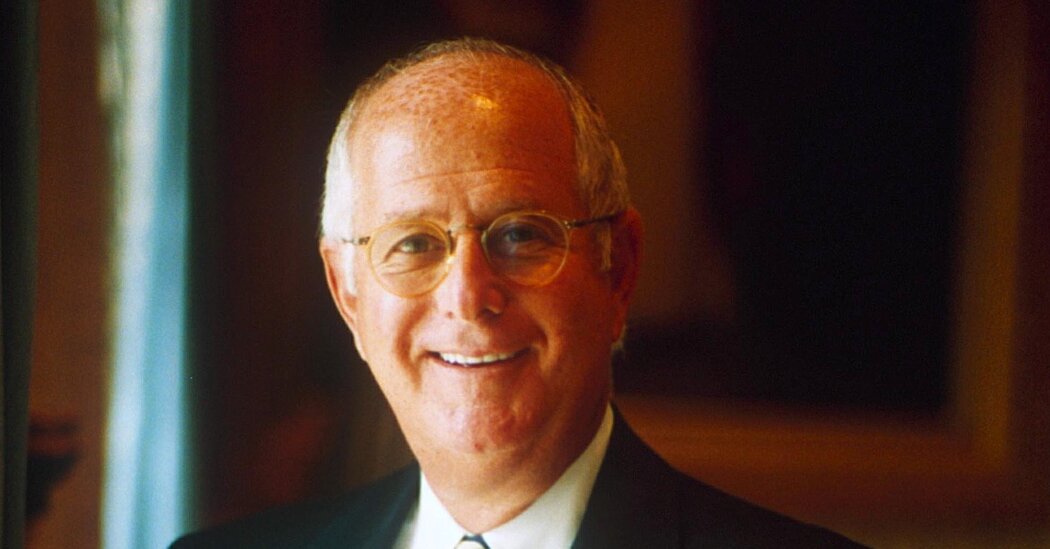 Charles Koppelman, a longtime music executive who worked with Barbra Streisand, Dolly Parton, the Lovin’ Spoonful, Tracy Chapman, Wilson Phillips and Vanilla Ice, amongst many other artists, and later steered the businesses of Martha Stewart and the dressmaker Steve Madden through periods of turbulence, died on Friday at his home in Roslyn Harbor, N.Y., on Long Island. He was 82.

His son, Brian, said the cause was cancer.

For a long time, Mr. Koppelman was a player within the upper ranks of the music industry, acting variously as dealmaker and superstar matchmaker. Seldom pictured with out a Cuban cigar and a jovial grin, he relished the joy of striking big deals and the life-style that went together with being a top executive in music’s high-flying Eighties and ’90s.

“I actually love what I do,” Mr. Koppelman, taking a puff from a Cohiba Esplendido, told Cigar Aficionado magazine in 1993, when he was the chairman and chief executive of EMI Records Group North America.

His profession took him from the songwriting cubicles of Latest York within the early Sixties to CBS Records within the ’70s, where he ran the music publishing division and the artists and repertoire department and worked with artists including Billy Joel, Janis Ian and Journey. Later, the Entertainment Company, which he helped found, signed quite a few songwriters and was involved within the making of hit records like Ms. Parton’s “Here You Come Again” (1977) and “Guilty” (1980), Ms. Streisand’s duet with Barry Gibb of the Bee Gees.

Within the Eighties, Mr. Koppelman and two associates, the financier Stephen Swid and the music executive Martin Bandier, carried out considered one of that period’s most lucrative music transactions. In 1986, they purchased CBS’s publishing unit — which controlled the copyrights to about 250,000 songs, including evergreens like “Over the Rainbow” and “Latest York, Latest York” — for $125 million. Barely two years later, in early 1989, they sold it to Thorn-EMI, the company parent of the British label EMI, for $337 million, the richest price ever paid in music publishing to that time.

Within the years following that deal, as EMI’s top recorded-music executive in the USA, Mr. Koppelman oversaw hugely successful records just like the 1990 debut album by Wilson Phillips, the pop trio made up of daughters of Brian Wilson of the Beach Boys and John and Michelle Phillips of the Mamas & the Papas.

“He’s like King Midas,” Carnie Wilson of Wilson Phillips said of Mr. Koppelman to Latest York magazine in 1992. “The whole lot he touches turns to gold.”

Charles Arthur Koppelman was born on March 30, 1940, in Brooklyn, and grew up in Laurelton, Queens. His father, Irving Koppelman, worked at a printing press, and his mother, Ruth (Lerman) Koppelman, was an assistant to the principal of Far Rockaway High School, which Charles attended.

A sports aficionado, Charles grew up desiring to grow to be a physical education teacher. But while he was enrolled at Adelphi University, he and two classmates formed a vocal group, the Ivy Three. In 1960 that they had a success with “Yogi,” a novelty track that mixed the story of a yoga master — “a kook who was standing on his head” — with catchphrases of the cartoon character Yogi Bear. It went to No. 8 on the Billboard Hot 100 singles chart.

Mr. Koppelman was credited as considered one of the songwriters, and, though he spoke-sung lyrics like “I’m a Yogi, baby,” he at all times noted that he was the least musically proficient of the group.

The Ivy Three never had one other hit, and Mr. Koppelman served for a time within the Coast Guard. However the success of “Yogi” led him and Don Rubin, one other member of the Ivy Three, to the mogul Don Kirshner. His company Aldon Music was considered one of the highest songwriting shops in Latest York on the time, employing a deep bench of hitmaking writers like Neil Sedaka and the teams of Carole King-Gerry Goffin and Jeff Barry-Ellie Greenwich.

Outshined by those writers, Mr. Koppelman found himself on the management side of the corporate and was drawn to the business of music publishing: handling the work of songwriters and maximizing the earnings from those copyrights.

In a story Mr. Koppelman was keen on telling, he was at a music industry function early in his profession when he saw one group of executives, dressed plainly and nervously chain-smoking cigarettes — record company men, he was told. In one other a part of the room were the music publishers, wearing nice suits and contentedly having fun with cigars.

“That’s what I would like to be involved in,” Mr. Koppelman decided, as Brian Koppelman, a movie and tv producer who’s considered one of the creators of the show “Billions,” recounted in an interview.

After the pair sold their company, Mr. Koppelman went to work at CBS. In 1975 he formed the Entertainment Company with the actual estate developer Samuel LeFrak and Mr. Bandier. Mr. Koppelman developed an in depth association with Ms. Streisand, serving as executive producer on a string of her albums within the late Nineteen Seventies and early ’80s.

In 1986, after Mr. Koppelman and Mr. Bandier had left their partnership with Mr. LeFrak, they teamed with Mr. Swid — an investor in furniture corporations, Spin magazine and the “21” Club — to purchase CBS Songs, the music publishing division of CBS Inc. Their recent company, SBK Entertainment World, took its name from the three men’s initials.

After they sold SBK to EMI, the music industry and Wall Street were atwitter over whether CBS had sold its publishing holdings for too little or EMI had paid an excessive amount of. Mr. Koppelman and Mr. Bandier joined EMI, and the corporate also established SBK Records as a three way partnership.

In 1985, while Brian Koppelman was a student at Tufts University, he saw Tracy Chapman perform at a coffeehouse and encouraged his father to sign her as a songwriter. He did, and Ms. Chapman’s debut album, released by Elektra Records in 1988, went to No. 1 and established her as a serious talent.

SBK quickly put itself on the pop map with Wilson Phillips and Technotronic (“Pump Up the Jam”). It also had an enormous hit in 1990 with Vanilla Ice’s “Ice Ice Baby,” which became the primary rap song to succeed in No. 1 on the all-genre Hot 100.

Though Vanilla Ice soon became a laughingstock when it was revealed that the gritty back story in his official SBK biography was fictitious, Brian Koppelman said his father never regretted releasing “Ice Ice Baby” and knew from the moment he heard it that the song could be a success.

Along with his son, Mr. Koppelman is survived by his wife, Gerri Kyhill Koppelman; two daughters, Jennifer Koppelman Hutt and Stacy Koppelman Fritz; a sister, Roz Katz; and 7 grandchildren.

Mr. Koppelman left EMI in 1997, and he got here to develop a specialty working with troubled brands. He was the chairman of Steve Madden Ltd. from 2000 to 2004, a period that included Mr. Madden’s conviction and sentencing for securities fraud. In 2004, the 12 months Ms. Stewart was convicted of obstructing a federal investigation into her stock transactions, Mr. Koppelman joined the board of her company, Martha Stewart Living Omnimedia. He served as the corporate’s chairman from 2005 to 2011.

For a time within the mid-2000s, he also worked as a financial adviser to Michael Jackson. In later years, Mr. Koppelman’s company, CAK Entertainment, negotiated brand deals for celebrities like Jennifer Lopez, Nicki Minaj and Adam Levine, and he was an adviser to the estate of Prince.

In interviews, Mr. Koppelman was often asked to elucidate his success, and his stock answer was that it was a mixture of smarts, luck and labor.

“Was I lucky that my son went to Tufts and heard Tracy Chapman?” he asked in an interview with Latest York magazine. “Was I lucky that the guy walked within the door and gave me the Lovin’ Spoonful? You bet I used to be. But I’m also a workaholic.”