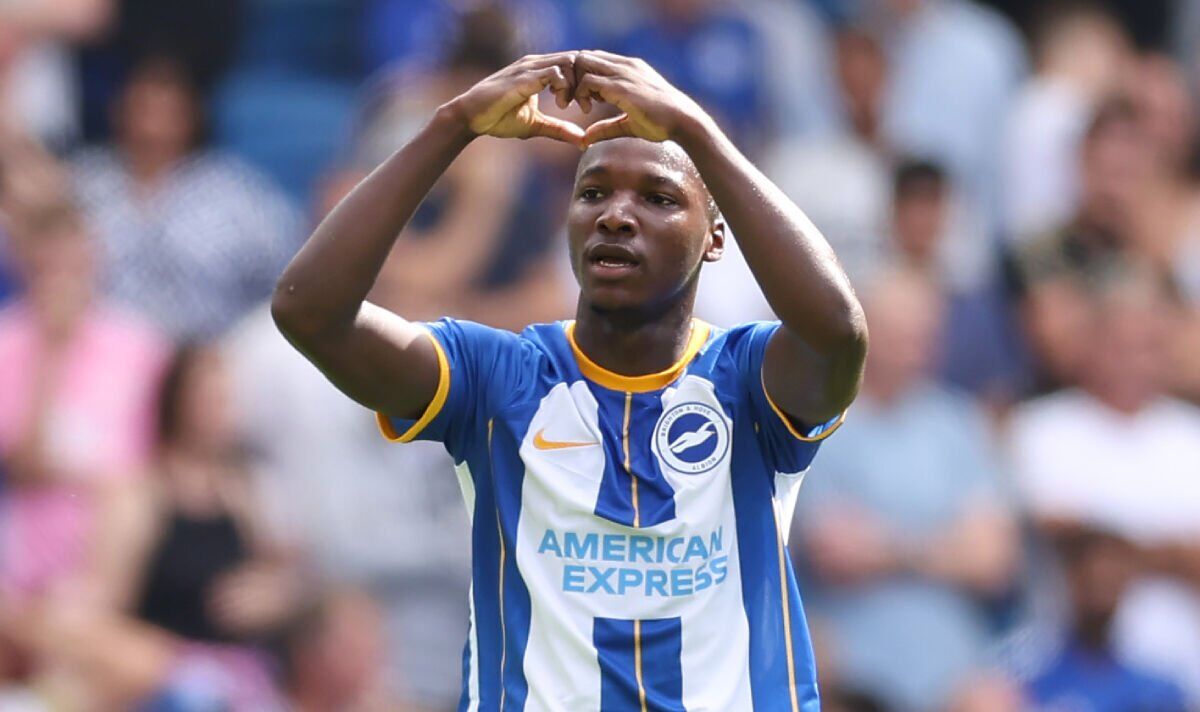 Chelsea boss Graham Potter could have inadvertently hiked up the value of sought-after Premier League star Moises Caicedo with Brighton reportedly keen to take pre-emptive motion and tie him right down to a latest deal. The Ecuadorian had perked interest from Manchester United and Liverpool throughout the summer and the specter of a January bid continues to be looming over the Seagulls.

Caicedo only became an everyday fixture on the Amex Stadium towards the tail-end of last season, making eight Premier League appearances. He has appeared in all six matches to this point this term, nevertheless, scoring once and catching the attention together with his commanding performances.

Potter knows his talents higher than most and, having ditched Brighton to change into Thomas Tuchel’s substitute at Chelsea, the Seagulls supposedly fear that he’ll go all out to attempt to nab Caicedo when the window re-opens in January.

That fear could drive up the value for all interested parties, including Liverpool and Man Utd, with The Sun reporting that Brighton are prepared to place a bumper latest contract on the table within the hope that he’ll stick around.

JUST IN: Ferran Torres speaks out on Barcelona future as stars align for Premier League return

If Potter is keen to bring Caicedo to Stamford Bridge, he could have shot himself within the foot earlier this summer by claiming that £42million would only be enough to pay for his boots. It stays to be seen if Chelsea co-owner Todd Boehly is willing to back the brand new boss in the identical way he backed Tuchel during a free-spending transfer window.

The Blues set a latest world record for the sum of money spent in a single window, topping £270m with marquee signings Raheem Sterling, Wesley Fofana and Marc Cucurella all inflating the bill. Potter penned a heartfelt farewell letter to Brighton fans this week so it stays to be seen whether he would dare to rub salt of their wounds by attempting to snap up Caicedo in January.

“I could not have the ability to steer you all to forgive my departure – but I might at the very least prefer to take the possibility to say thanks,” he wrote. “I hope that you’re going to understand that at this stage of my profession, I felt I had to understand a latest opportunity.

“I would really like to thank [the chairman] Tony Bloom, [the chief executive] Paul Barber and the administrators for the chance they gave me three years ago after which the unswerving support that got here with it. My gratitude also to Dan Ashworth and David Weir, two first-class technical directors.”