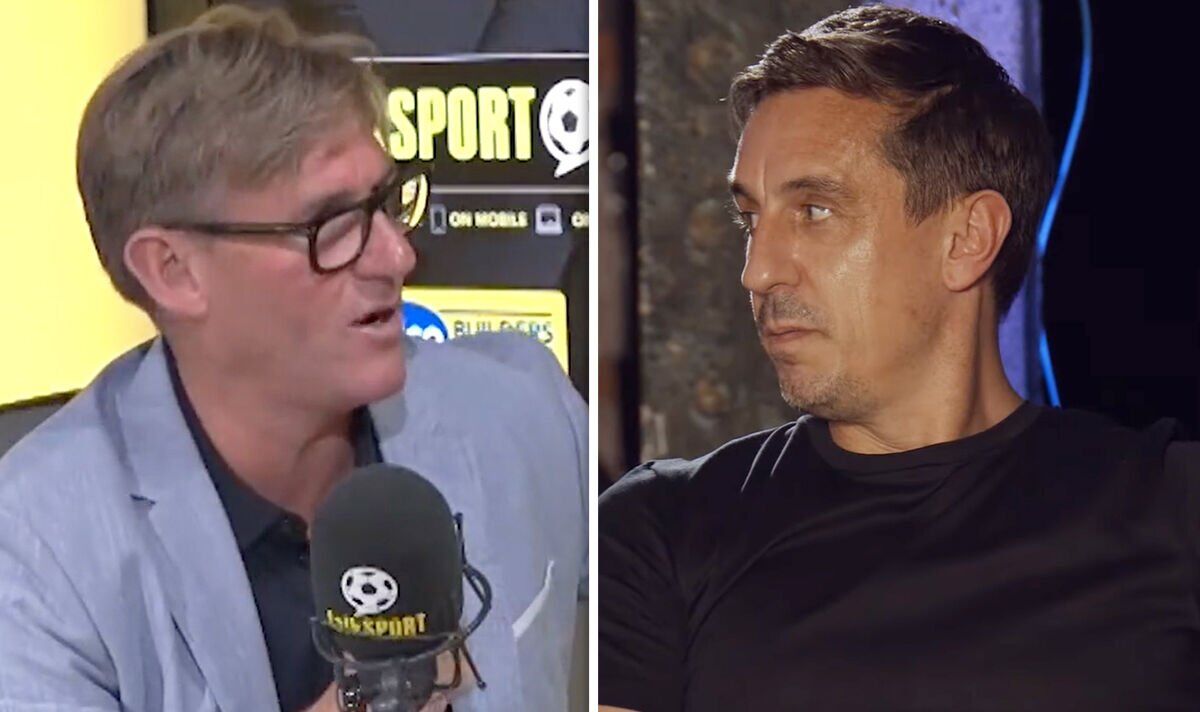 Gary Neville has been criticised for his comments questioning Todd Boehly’s involvement in transfers at Chelsea. Neville has claimed Blues owner Boehly is “playing Football Manager” with the club’s transfer business but Simon Jordan has hit out on the Manchester United legend.

Chelsea were taken over by the American earlier this yr after Roman Abramovich was forced to sell the club. Boehly has brought in two players thus far for head coach Thomas Tuchel, with Raheem Sterling and Kalidou Koulibaly arriving.

Nonetheless, Chelsea have missed out on top targets akin to Raphinha and Jules Kounde. Neville says he has heard Boehly’s name an excessive amount of in the case of pursuit of transfer targets.

Jordan said on talkSPORT: “Every club that buys and sells players has anyone on the front of doing it. Monchi at Sevilla, the guy that was at Leicester who was chargeable for ultimately the recruitment of Leicester’s team that won the Premier League, the guy that went to Everton Marcel Brands.

“Because Todd Boehly’s a newcomer, Gary’s type of taken him down saying ‘you are a busy sod’. Well if he wasn’t busy they usually weren’t doing anything and he wasn’t getting his hands dirty and he wasn’t involving himself, then the opposite argument could be being advanced of the Gary’s on this world saying ‘well what’s he doing then? Why is not he investing time and learning and understanding the culture of the business?’.

“Todd Boehly is buying players and you’d expect him to purchase players. He’s picking up the reins.

“People said three months ago, the narrative was, ‘Chelsea are in crisis, it’s got no money, clearly they are not going to spend anymore money, the regime’s going to alter, nobody’s going to be as ambitious as Roman Abramovich is’. Roll forward, in comes a man who’s ambitious, out comes Gary Neville for saying ‘oh he’s too busy’. You may’t win.”