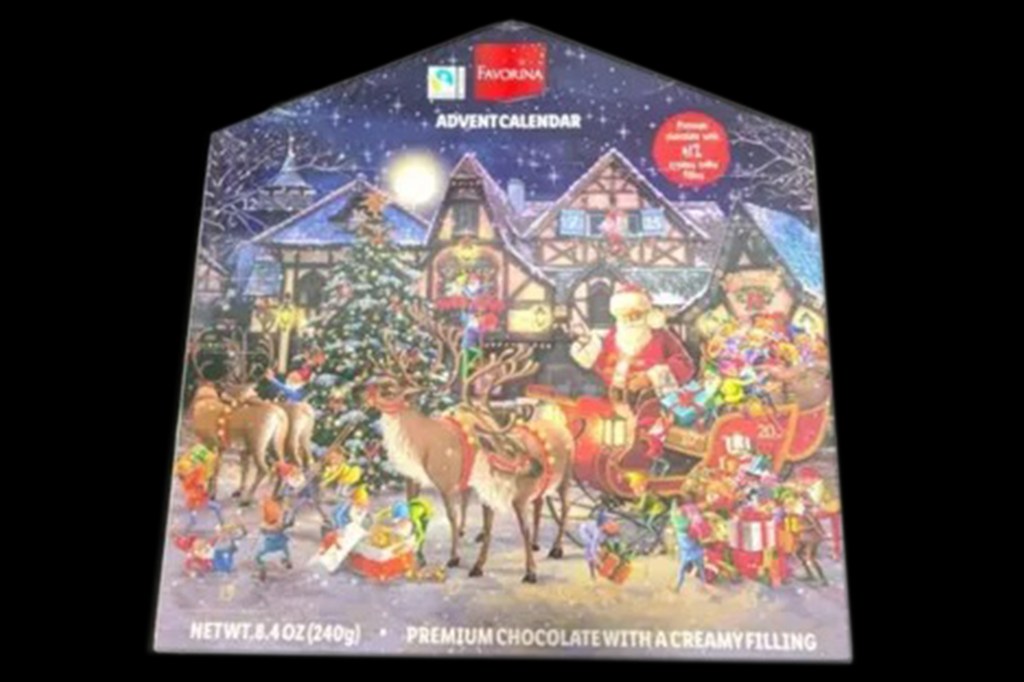 A chocolate advent calendar sold at Lidl grocery stores as recently as Monday is under voluntary recall over concerns it could be contaminated with salmonella, the Food and Drug Administration announced this week.

Lidl — which operates greater than 170 stores across nine East Coast states and Washington, D.C. — says the difficulty was discovered during routine testing of its 8.4 ounce Favorina-branded advent calendar (premium chocolate with a creamy filling).

The home-shaped packaging features Santa Claus sitting in a gift-loaded sleigh as elves dance around him in front of a mansion.

The FDA warns that individuals infected with salmonella often experience fever, diarrhea, nausea, vomiting and abdominal pain. More severe illnesses, akin to endocarditis and arthritis, can occur in rare circumstances if the infection gets into the bloodstream, based on the FDA.

Lidl said in a press release it had not received any reports of illnesses related to the appearance calendars as of Tuesday.

The supermarket chain said shoppers can return the product to one in every of its stores for a refund even with no receipt. For more information in regards to the recall, reach out to customer support at (844)-747-5435 from 8 a.m. to eight p.m. ET on a regular basis except Sunday.

This isn’t the primary chocolate-salmonella scare this yr. In April, Belgian health authorities ordered Italian confectionery group Ferrero to suspend production at its plant in Belgium after dozens of cases of salmonella were linked to the corporate’s Kinder chocolates.

Other recent salmonella concerns have been tied to peanut butter, tiny pet turtles and bearded dragons.