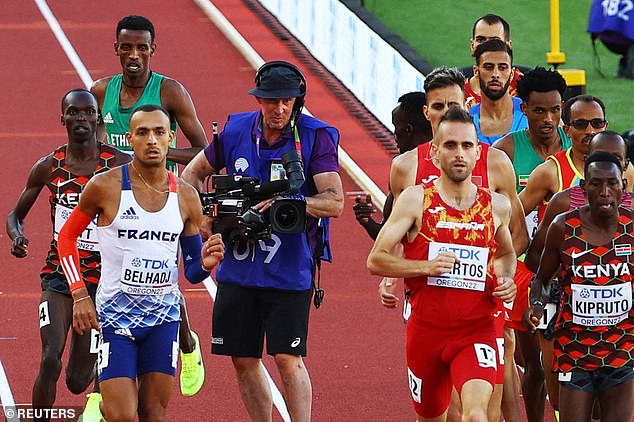 Clueless cameraman causes chaos at World Athletics Championships as he wanders into the center of the track to take a shot DURING men’s 3,000m steeplechase… with field of athletes having to react quickly to avoid him

By Harry Slavin For Mailonline

A cameraman was moments away from causing disaster on the World Championships on Tuesday after mindlessly wandering into the center of the track.

The person was capturing footage when he decided to step out into lane two, right in front of competitors from the lads’s 3,000m steeplechase in Eugene.

A few of the pack may very well be seen shouting on the operator, who appeared oblivious to the group of athletes behind him as he stood motionless in front of them.

A cameraman caused chaos through the 3,000m steeplechase on the World Championships

It turned out that the cameraman was attempting to film the nearby women’s triple-jump final, but was not made aware of the race around him by his broadcasting team.

Speaking after the race, US runner Evan Jager, who moved on to the cameraman’s right shoulder to avoid him, said: ‘I used to be a bit of anxious that he was going to dart a method or one other, right on the last second, but thankfully he didn’t realize we were there until all of us passed him.’ 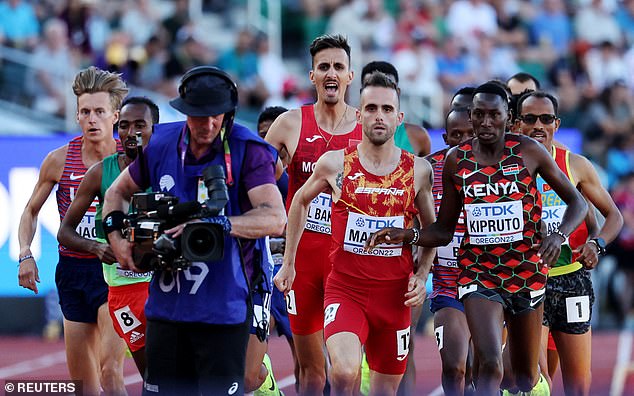 The published employee stepped into the center of the track, in front of the athletes 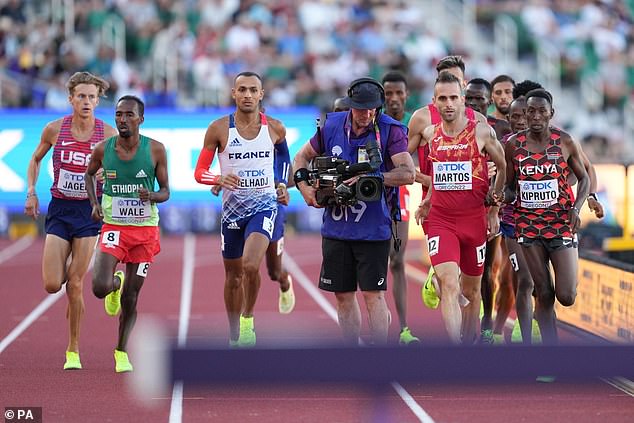 The runners were forced to avoid the person within the blue bib, as he stood oblivious to the danger

The event was won by Morrocco’s Soufiane El Bakkali, whose time of 8min 25.13secs saw him finish ahead of Ethiopia’s Lamecha Girma in second and Conseslus Kipruto of Kenya in third.

It isn’t the primary cameraman mishap to occur at a World Championships, with Usain Bolt famously being floored by a segway in 2015.

CCTV worker Song Tao by accident took out the world’s fastest man on his victory lap after his 200m success in Beijing in 2015, after he lost control of his segway having clipped a barrier. 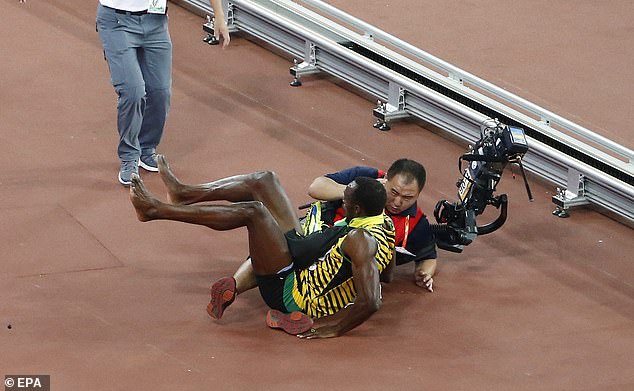