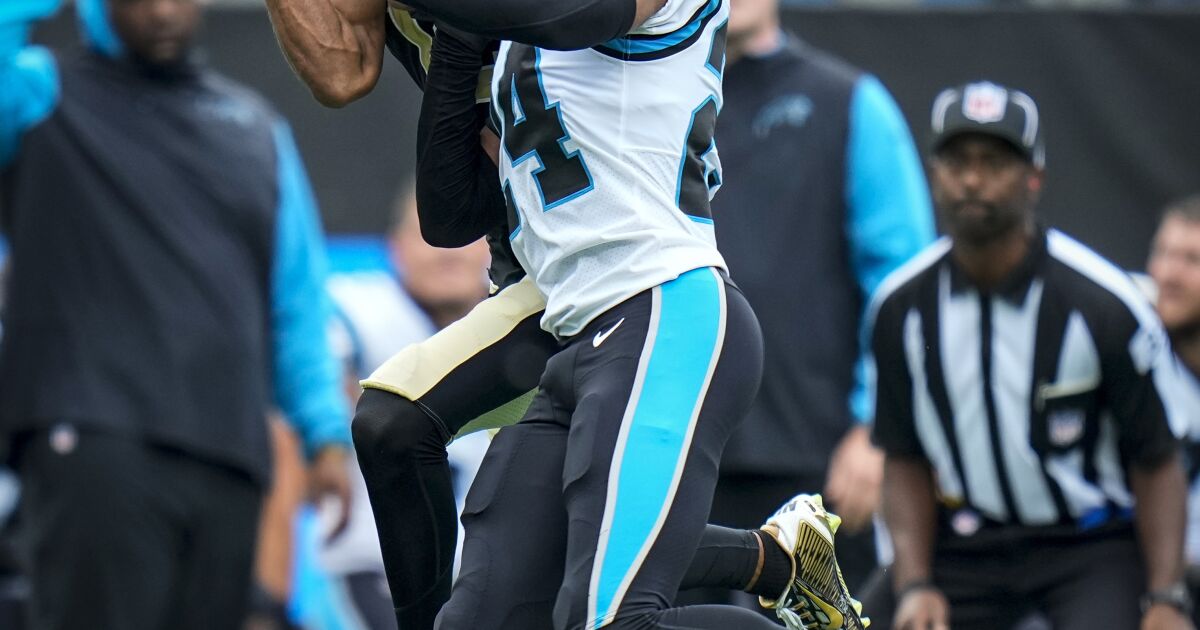 The NFL isn’t too fast for Chris Olave.

The receiver from San Diego County leads all NFL rookies with 268 receiving yards and has averaged nearly 16 yards per catch and 6 receptions per game.

Injuries to teammates have forced the San Ysidro-born Olave, 22, right into a larger role. He responded Sunday with nine catches for 147 yards in Recent Orleans’ 22-14 road loss to the Carolina in Charlotte, N.C.

Stationed totally on the perimeter, he’s change into an NFL deep threat, just five years after leading Mission Hills High to a CIF-San Diego Section title game. Across the three NFL games, he’s drawn throws of at the very least 20 yards on nearly 40 percent of his targets, catching 4 of 10.

Olave, who left Ohio State as the varsity’s profession leader in touchdown receptions with 35, seeks his first TD.

Rookie linebacker Devin Lloyd (Otay Ranch) lent versatility to a defense that, exploiting injuries at quarterback and up front, held Team Spanos to its third-lowest point total in 35 games began by Justin Herbert.

Lloyd played all 61 defensive snaps. Resulting in a field goal, he intercepted a pass that bounced off two players. He pressured Herbert on two of three pass rushes and broke up a pass toward tight end Gerald Everett.

Sunday’s game at Philadelphia (3-0) should pose the hardest NFL test yet for Lloyd, who turned 24 this week. The Eagles, coached by former San Diego Chargers offensive assistant Nick Sirianni, are fifth in scoring (28.7 points).

The fast-pass game McCoy helped install factored into Lawrence completing 71.8 percent of his passes, taking no sacks for just the second time in 20 profession starts and logging his second-best passer rating (115.5). His average distance of throw was just 5.6 yards, but he recorded his sixth-best total of passing yards (262) and tied a career-high with three TD passes.