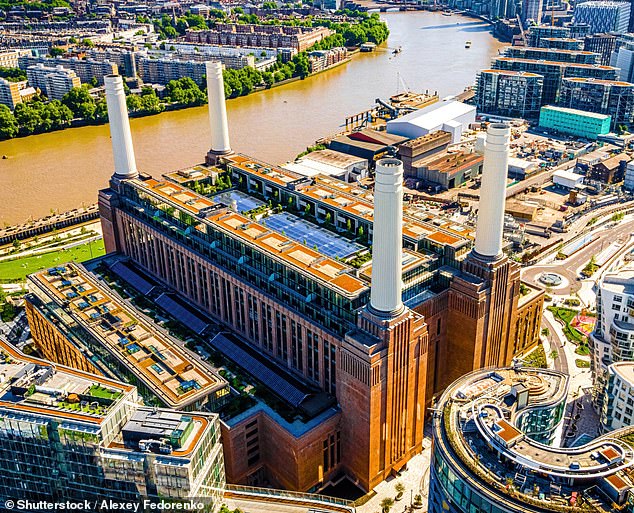 The top of construction on the firm behind the rebuilding of London’s Battersea Power Station has warned that the industry is facing ‘unprecedented’ inflation.

Gareth Lewis, chief executive of construction at Mace Group, said that despite having passed through three recessions he had seen ‘nothing like’ the soaring costs hitting the industry because it grapples with the fallout from the pandemic and the war in Ukraine.

‘Steel prices have been horrendous,’ he said in an interview with Constructing magazine. The price of steel has doubled since February.

Unprecedented: Gareth Lewis of Mace Group said that despite having passed through three recessions he had seen ‘nothing like’ the soaring costs hitting the industry

The chief executive added that, while the steel market may calm down in the approaching weeks, he was less optimistic about when inflation would begin to subside.

‘It is going to be with us for the following six to 12 months,’ he said.

Lewis said the size of price hikes means many consumers are being forced to re-evaluate budgets or wait until the volatility has passed.

Meaning mid-sized projects may very well be delayed by no less than three months while larger jobs are pushed back by six months or more.

Lewis said Mace is becoming ‘rather a lot more selective’ concerning the projects it’s taking over because of this.

Based in London, the corporate employs greater than 5,800 people internationally.

The firm’s previous major construction projects have included The Shard skyscraper and the Tottenham Hotspur Stadium.