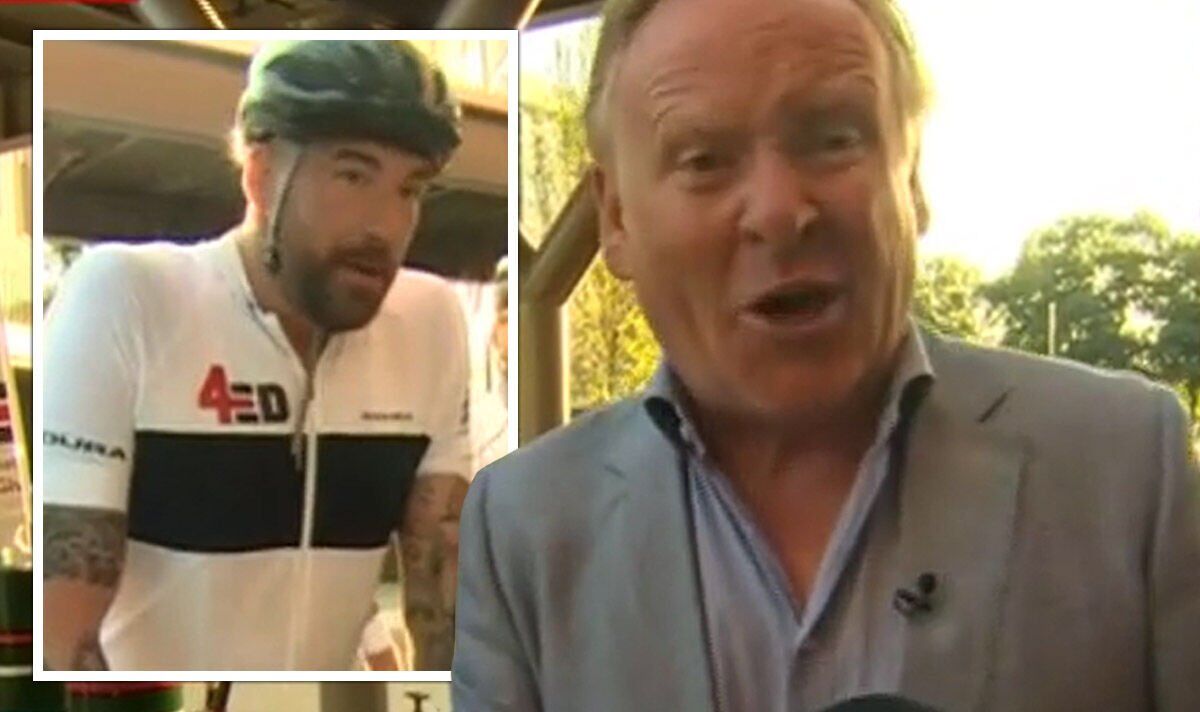 John Maguire spoke to Ed Slater about his charity bike ride to boost awareness for Motor Neurone Disease following the star rugby player’s diagnosis with the condition this 12 months. Unfortunately, the BBC Breakfast segment descended into chaos when Ed’s teammate, Jim Hamilton, was caught off-guard by a wardrobe malfunction.

John’s interview with Ed and his teammates narrowly avoided a revealing early morning blunder on Tuesday.

The athlete, his teammates and friends are cycling a large 350 miles to boost money for the Motor Neurone Disease Association.

Chatting with Ben Thompson and Sally Nugent back within the studio, the correspondent gathered the team before setting off on their second leg.

John told the Breakfast presenters: “You’ll be thrilled to know we almost had an unlucky incident a second ago.”

After receiving his diagnosis in July, Ed took to Twitter with a touching message for all his supporters.

“I would like to say thanks to everyone for all of your messages of support and generosity,” he wrote.

“It gives me and my family an enormous amount of strength in a time of sadness for us.

“I’ll meet this challenge head-on. Ultimately I can’t win but I’ll fight with every little thing. Hope is just not lost.”

He added: “I also wish to add a thanks to @JillADouglas and @MNDoddie5 who’ve been an enormous support.

“I’d also prefer to thank @mndassoc. Each are working to fight this disease for me and all my fellow battlers of MND in addition to our family members.”

Ed and the cyclists can be visiting his home club, Milton Keynes RFC, before stopping overnight at Twickenham and heading to Gloucester on Wednesday.

BBC Breakfast airs weekdays from 6am on BBC One.