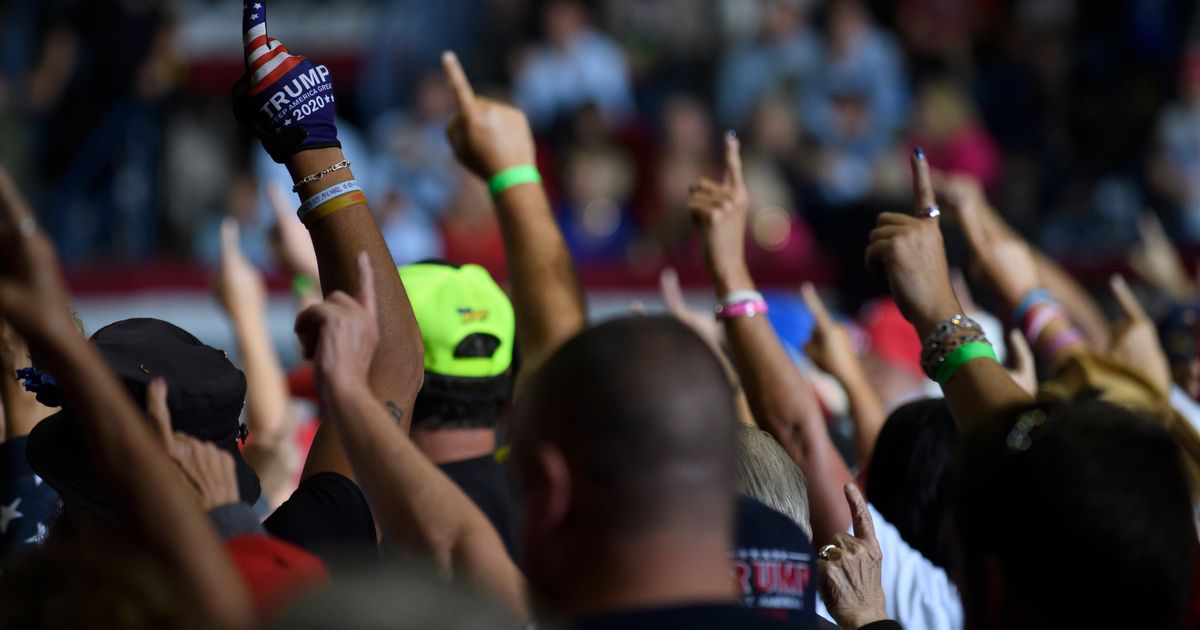 In what’s likely the eeriest of countless eerie scenes at a Donald Trump rally, the previous president on Saturday lamented the ugly chaos of those times while supporters raised one finger in an overhead salute paying homage to the “heil Hitler” gesture.

Trump ticked off his imagined list of current horrors in a sort of dirge with music playing within the background.

Several supporters, some with heads bowed, stood quietly within the audience with a single finger raised above their heads. Some viewers speculated that it referred to the nationalist “America first” slogan, while others claimed it was an emblem of QAnon, which Trump is increasingly espousing. Some within the audience were employing a modified white supremacy “OK” hate sign with only the index finger prolonged.

Aaron Rupar, a journalist who posts clips of Trump speeches, called the scene “probably the most bizarre things I’ve seen at a Trump rally, All it’s missing is passing around Kool-Aid right after.”

When Trump first became president, he was shockingly hailed with the Hitler salute by members of the far-right National Policy Institute. Organization president Richard Spencer shouted, “Hail Trump, hail our people, hail victory!” Trump was not on the scene.