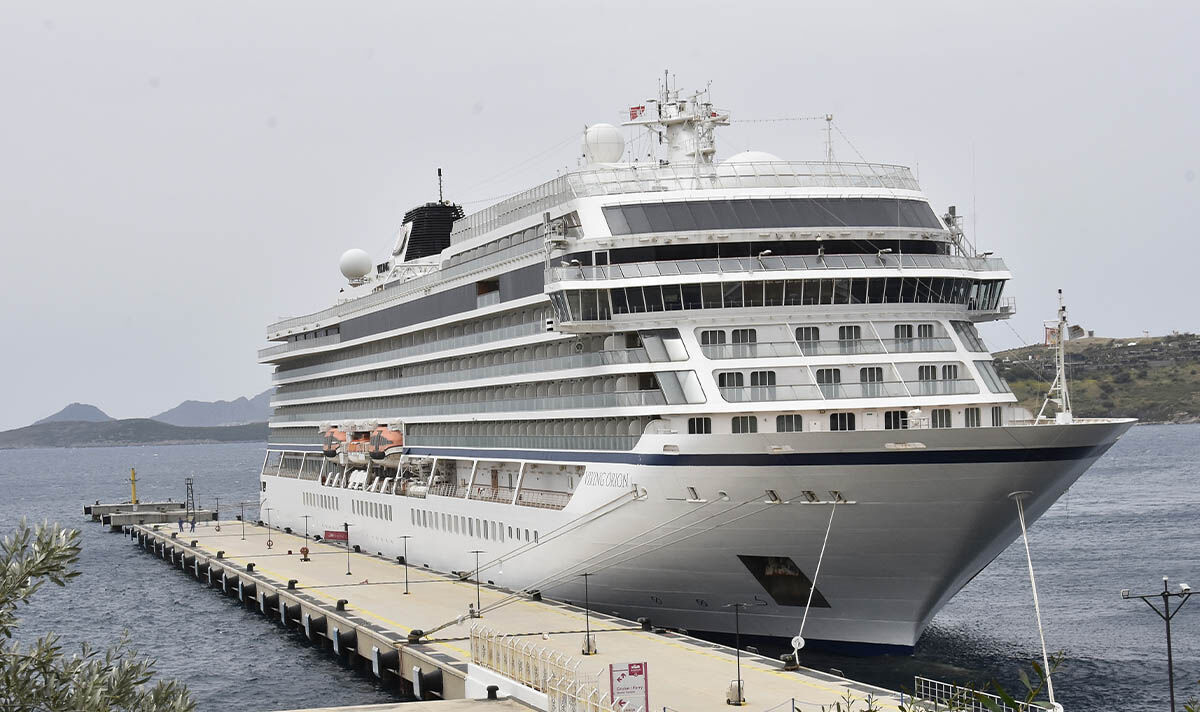 The Viking Orion cruise ship has been forced to remain offshore for greater than five days after the ship, which was discovered to have “biofoul” growing on the hull, was reportedly denied permission to dock in Adelaide. A whole lot of passengers on board the 930-person capability vessel are stuck roughly 12 nautical miles offshore from the port, outside Australian waters. Officials have instructed that the ship have to be cleaned before re-entering the country’s ports.

In accordance with the Australian Department of Agriculture, Fisheries, and Forestry, the substance “biofoul” is a typical accumulation of microorganisms, plants, algae or small animals.

Despite containing naturally occurring organisms, the expansion on the underside of the ship is potentially harmful as it could actually mobilise the spread of invasive species, which the International Maritime Organisation have recognised as a “major threat to the world’s oceans and to the conservation of biodiversity”.

Australian officials explained that management of biofoul is a typical practice for all arriving vessels and that the Viking Orion has undergone some cleansing measures to remove the substance which was first discovered in “small amounts” on Wednesday, December 28.

Officials reported that skilled divers were engaged directly by the vessel line to scrub the hull while at anchor outside Australian waters, though the ship has not yet been capable of dock.

READ MORE: Most cost-effective destination on this planet for British expats named

The ship tracking website, Vessel Finder showed that the Viking Orion cruise ship has not docked because it left port in Wellington on Monday, December 26, despite being at sea for nearly one week.

Passengers stranded on the ship have shared their experiences of the cruise on Twitter, with one user, Dr Megen Remmel (@ProfMLRemmel) stating that that they had “missed 4 ports” and shall be “stuck on the ship for nearly nine full days”, in a tweet posted yesterday.

On the identical day, one other user named Kenn Heydrick @KHeydrick posted: “And news this morning, the captain has cancelled our next port in Melbourne. Individuals are livid. Thanks @VikingCruises for a horrible journey. One other day sitting at sea where two boats are cleansing the ship hull. Negligence plus. #exasperation.”

In an announcement, the cruise operator Viking revealed that it was “working directly with guests on compensation for the impact to their voyage”.

In a letter on Friday, the ship’s captain apologised to customers, admitting that “the present cruise falls wanting your expectations”.

They added that a member of Viking’s customer relations team would make an “adjusted offer of compensation” to guests in the approaching days.

While passengers are understandably frustrated by the incident, they will not be the one cruise-goers to experience a hiccup of this sort on their travels.