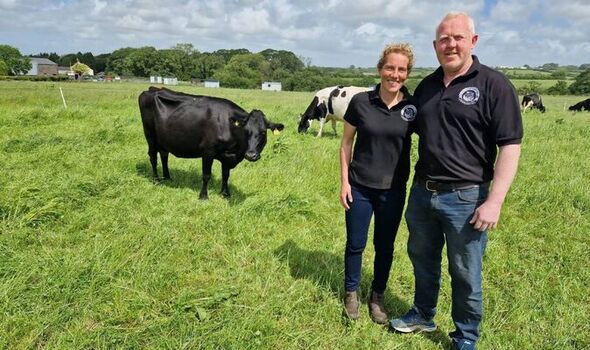 Peak pasture pioneers: Jenny and Mark Lee and one among their glad cows (Image: The Torpenhow Cheese Company )

Handcrafted by Jenny and Mark Lee’s artisan operation on their dairy farm beside Cumbria’s Northern Fells, Torpenhow’s range of 5 cheeses includes tangy cheddars and buttery bries (from £4) whose flavours change with the seasons and have floral notes courtesy of the abundant wild blooms in its pastures.

The corporate is selling strongly online, through markets and shops while the Michelin-star gastropub the Dog and Gun Inn in Penrith can also be a customer.

“Cheese is slow food, but now we have enough stock in place to scale the business,” he explains.

“Our goal next yr is to provide 20 tons annually and process our own milk on site, in addition to that from other farms, so we achieve higher profits for all of us.

He and Jenny began to vary the intensive system on the 350-acre three-generation farm in 2015, a hard-won conversion that enabled them to begin selling organic products five years later. 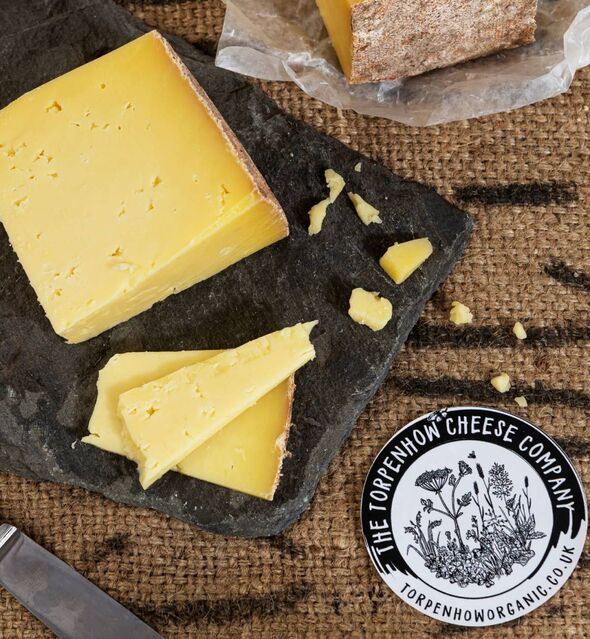 Cheese please: Torpenhow’s organic cheese is stuffed with flavour due to the wealthy grass (Image: The Torpenhow Cheese Company )

Previous diversification and money flow from the farm’s wedding hosting business helped bolster the lower yields that resulted at first.

“We had a light-weight bulb moment after we sprayed a field and one among the sprayer’s nozzles was blocked leaving weeds untouched,” Mark recalls.

“But when the cows grazed they ate those weeds first. That made us  change direction, but not one of the milk processors desired to buy organic milk from us.

“So as to add value and own the entire field-to-fork process we built a cheese company as a substitute, employing local artisans. Recently three young cheesemakers have joined our team.

“In 2020 our first batches were able to sell just as lockdown hit. The general public were already realising how essential locally produced food is and the revival of British cheesemaking was well underway, but lockdown really brought it home they usually have bought from us ever since.” 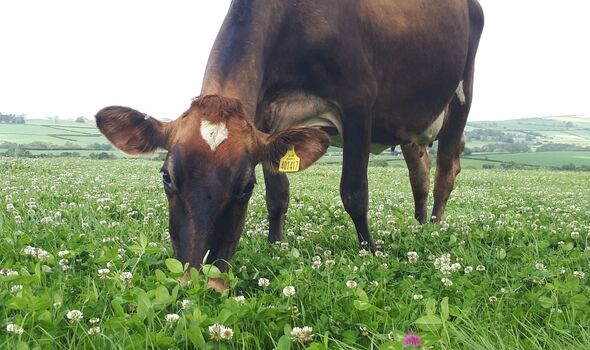 As a part of the environmental switch the Lees modified their cows to a small, hardy Jersey/Friesian cross breed – now reared on the farm – and for his or her energy supply installed solar panels and a biomass boiler.

To make sure each the land and the livestock stay in peak condition, Mark says: “Our regenerative, low impact farming keeps the soil’s eco system intact, prevents erosion and improves nutrition and flavours. Our cows graze outside all yr and move around on rotation in addition to rest for 2 months.

“We even have pigs and chickens improving the soil, have planted hedgerows and, in a single area, trees in fields to offer shelter.

“There is evident a productivity bonus from farming this manner, we save five work hours a day, our efficiency has increased and we don’t buy in feed or fertilisers.

“It’s all about balance. We’re a business and must make a profit to survive, equally we must maintain the environment we depend on. Seeing the flowers and insects in our pastures is a sight to behold.”

“Cheese is a live product and excess of just processing,” adds Jenny. “Our cheeses need turning day-after-day and we’ve learned what a crucial role aging plays within the flavour and quality of the top product.

“Our store is beneath an old threshing barn and has excellent conditions –  thick partitions and just the fitting humidity.

“But we’ll need extra space as we expand so one potential avenue is out-sourcing the affineur’s role and selling on our cheeses to a third-party to mature and sell.”

Some £100,000 of investment, including backing from Barclays for Torpenhow to construct a unit for its best-selling soft cheese, has gone into the enterprise.

The bank, keen to support UK agriculture and notably through Eagle Labs business incubator network, says it’s seeing a rise in funding applications from agribusinesses with a sustainability angle.

Securing viable capital investment can often be the most important challenge for an ambitious small business and for the Lees Barclays’ offer was essentially the most competitive.

The business’s scale-up over the following 18 months could also mean the couple on the lookout for an extra £150,000 raise, perhaps through crowdfunding.

And within the spirit of the cooperation deep-rooted in rural communities Torpenhow is working with other producers with cows, sheep and goats.

One sheep farmer who lost his supply chain during Covid now gets cheese in return for milk, and the business has also teamed up with Cockermouth inventor Ray Blackburn whose Fresh Keg system of milk dishing out cuts plastic out of the milk supply chain by replacing it with a patented beer barrel design.

The corporate is barely one among three butter makers too left in Cumbria, and just like the pronunciation of its name (Tra-pen-ner) its cheese is exclusive.

“We sell what we make,” declare Mark and Jenny, “and that’s taste, tradition and ethical farming.”