Damar Hamlin tragedy strips away typical NFL facade, revealing the human side of the game 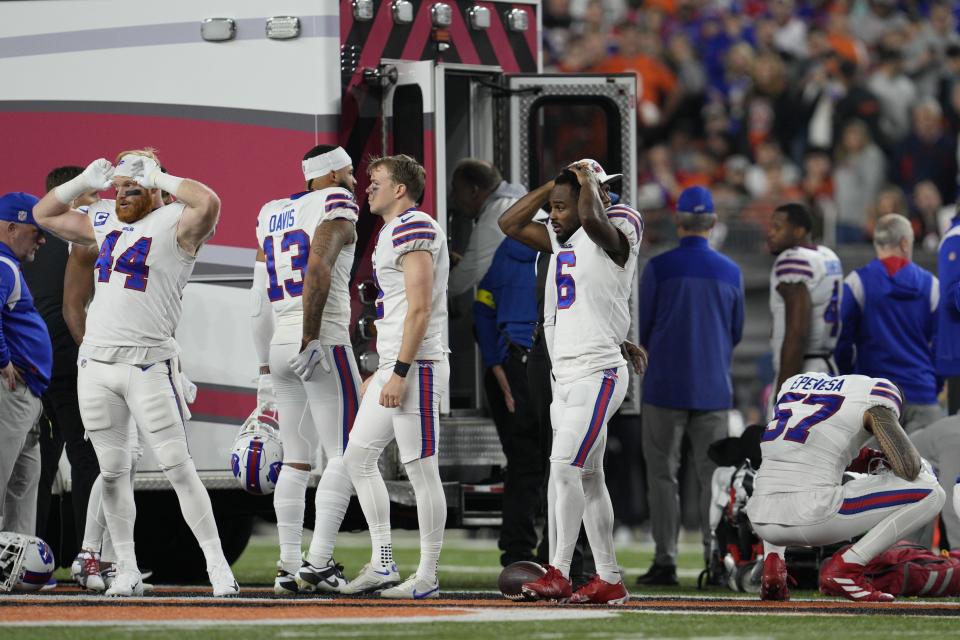 It’s a matter being grappled with in so many corners of the NFL and beyond on Tuesday, as a young man lies in a Cincinnati hospital room in critical condition, his future so uncertain. His future life, we mean, not his future as a football player.

For thus long, the NFL’s overlords have behaved as if nothing could stop the league, definitely not stop its profits. The oligarchs who’ve weathered all manner of should-be embarrassing headline in recent times, from multiple team owner sex scandals to nuclear-waste levels of toxicity in workplace environments to continued abject racism in the shape of race-norming and ignoring highly qualified Black coaching candidates. An increasing number of it seems the approach to tamping the resulting outrage is not to attempt to finesse the optics but to simply shrug, ignore and get to the subsequent game day.

On Monday night, though, Buffalo Bills safety Damar Hamlin made a tackle against the Cincinnati Bengals, stood up, after which immediately fell back to the turf in Cincinnati. His heart stopped, and medical personnel administered CPR for several minutes and used a defibrillator to restart it. Teammates were in tears, their young faces showing their shock on the situation.

All of them know playing football comes with essentially a 100% injury rate. They never consider death, and there it was on the sphere with them.

As retired NFL defensive back and current ESPN analyst Ryan Clark said Monday night, “On the age of 24, I didn’t even know I could die.”

So what happens now?

Particularly as they have been capable of share their thoughts directly via social media, athletes have repeated one thing perhaps greater than every other: they’re humans first. For all of their success and skill and for some, significant paychecks, they cannot outrun or out-muscle on a regular basis life.

Buffalo Bills players react as their teammate, Damar Hamlin, is loaded into am ambulance on the sphere during a game against the Cincinnati Bengals on Jan, 2, 2023, in Cincinnati. (AP Photo/Jeff Dean)

The way in which so many view skilled athletes as interchangeable and disposable seems especially acute in terms of NFL players, for quite a lot of reasons.

They wear pads and helmets on the sphere, so only those most completed or most coveted by marketing firms turn out to be immediately recognizable when those are stripped away.

Unlike the NHL, where there are only six players per side on the ice at any time, and the NBA, which has five and caps rosters at 15 players, there are 22 players on the sphere for each snap within the NFL. And teams have dozens of men on the roster between lively status, practice squad and injured reserve, making it even harder to get attached to individuals.

The NFL’s power holders contribute to the sensation. When a player is hurt, whether for 2 weeks or a complete season, coaches will flatly say it’s “next man up,” and for a lot of organizations, the injured player is hidden from the general public, not spoken of by the coach or to by reporters until he’s healthy enough to rejoin the machine and contribute.

Team owners refuse to ensure contracts, not acknowledging the very real risk players assume, that their first NFL game may very well be their last and making it so a coach who desires to “send a message” to a team on a losing streak can just cut a lesser-used player loose because they apparently imagine that may make those that remain work slightly harder toward a win.

Team- and league-friendly media have been all too glad to uphold these narratives through the years, reinforcing the concept that these players, particularly non-quarterbacks, are a dime a dozen. For too many it’s all been transactional, with any sense of humanity lacking.

And fans have followed suit. Especially as fantasy football has skyrocketed in popularity, too many do not see human beings, only points on an app. If a player leaves AnonymousFanBunchanumbers’s favorite team to sign with a division rival, he can expect offended tweets calling him a traitor. If a player underperforms and a fantasy player loses his playoff matchup and a couple of hundred bucks due to it, he may get threatening or profanity- and racism-filled direct messages, as if the player doesn’t feel terrible enough that he let his team down or affected his own job security, and his only intention was to screw some rando in Spokane.

We have seen incremental changes in a few of this stuff in newer years, as players have woke up to the fact of how much power they’ve (they still don’t exercise it nearly enough, but that is a discussion for one more day). And a latest generation of coaches understand that a glad, healthy — physically and mentally — player is a greater player.

To be honest, writing that the shock of what happened to Hamlin on Monday night is a reminder that players are human seems trite. We have seen devastating injuries on football fields before; heck, earlier this season, on the identical field, the NFL-viewing world learned what a “fencing response” is after Miami’s Tua Tagovailoa was concussed and his arms and hands curled toward his face. 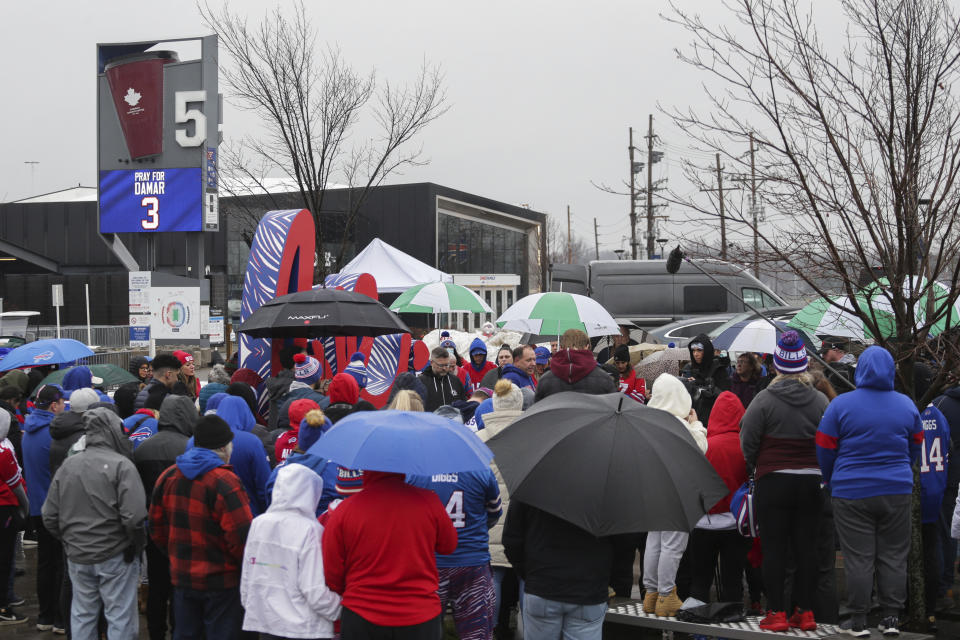 After a couple of minutes of Tagovailoa laying on the bottom, he was taken off by medical staff and the sport resumed, the show happening since the NFL demands that it does.

It’s so routine for football players that even on Monday night, a few of them reflexively began to warm up again after an prolonged stop following Hamlin’s injury. All this while the horror, uncertainty and the sensation about what happened to Hamlin was different than anything any of them had experienced before and hanging thick within the air. They’d all been at practice or at a game before, watched a teammate or opponent suffer a potentially career-ending or life-altering injury, then heard a coach’s whistle, moved the huddles a couple of yards and kept going.

It mustn’t be normal. Not within the NFL, not anywhere. There’s a lot that needs fixing with the league that actually has needed to be fixed for years, however the prevailing callousness is one place to begin.

On Monday night, the NFL stopped. Even non-sports networks turned their focus to Hamlin’s health, the heartbreaking images of his despondent teammates, and the fact of a league that has all the time just moved on being forced to place things on pause.

People from all around the country, desperate to point out support for a player many hadn’t heard of before one horrifying moment, donated to Hamlin’s foundation, through which he’s held toy drives for youths in his hometown. As of Tuesday afternoon, over $4.5 million had been given in roughly 18 hours.

It mustn’t take a young and seemingly healthy player having an on-field heart stoppage for anyone to comprehend that under the helmets and pads are human beings, eschewing team loyalty to wish for an opponent.

What happens now, at minimum, is that feeling stays with league executives, team executives, coaches, media and fans, far beyond Monday night, long after the games begin again. None of it has ever been normal, but after Monday, it never needs to be treated as if it’s again.