Dave Attell Bids a Heartfelt (and Hilarious) Farewell to Carolines 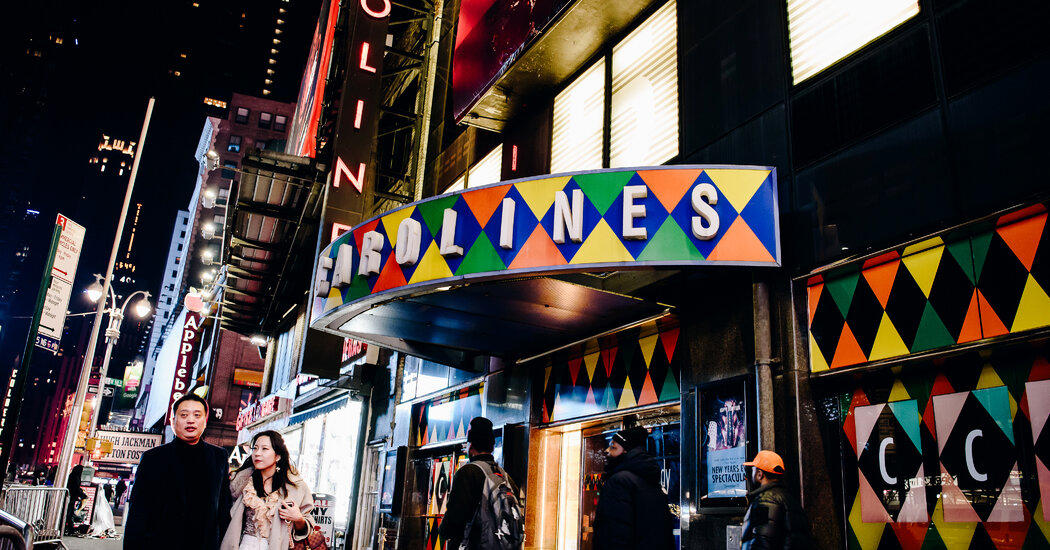 How do you honor the death of a comedy club? First, you kill.

Walking onstage late Friday night at the ultimate headlining show at Carolines on Broadway, which after three many years is closing its doors, Dave Attell handled that job quickly, spraying punch lines, roasting the front row and ensuring the raucous audience knew it was a part of history. In a single galloping tangent, Attell urged anyone not laughing to depart. “Take a table and chair with you, because we now have to clear this place out,” he said.

Attell has performed at Carolines between Christmas and Latest Yr’s for 13 years, a vacation tradition for audiences who wanted something significantly dirtier than the Rockettes. This time, he mixed in a couple of heartfelt, even melancholy notes into his virtuosic deadpan rhythms to eulogize the passing of a legendary comedy room. But comedians mourn otherwise. When a waiter walked past the stage toward the door, Attell, wearing a characteristic black jacket and baseball cap, asked him where he was going, pausing before the joke: “Unemployment.”

Like a drama queen writing her will, Latest York is perpetually and loudly dying. Hardly a day goes by without teeth gnashing over a beloved a part of this city calling it quits. Every closed diner is the top of an epoch. Probably the most mundane and predictable demise, the top of a Broadway run, receives prolonged soul-searching and public autopsy. To me, this seems (mostly) sensible. It’s healthy to mark the top of things, and what is best than an incredible finale? But I’ve been covering show business on this dynamic city too long to get too sentimental. We shouldn’t overly fetishize institutions. Considered one of the legacies of “Stomp,” which closes next month after a 29-year run, is all of the shows that didn’t get produced in its theater. Change is sweet.

And yet, I couldn’t help but feel just a little melancholy walking down the steps into Caroline’s for the last time, a steep descent that gave you a likelihood to regulate from the gaudy lights of Times Square. Caroline’s isn’t technically gone; after a final show on Latest Yr’s Eve, it’s producing the Latest York Comedy Festival and other unnamed projects. Still, with the stage backdrop, stools and other parts of the club soon to be shipped to the National Comedy Center in Jamestown, N.Y., the lack of this room is important.

When Caroline’s opened in Chelsea in 1981 (it had two homes before moving to the theater district in the subsequent decade), Latest York comedy clubs were essentially dive bars with stages, featuring packed bills of short sets by lowly paid or unpaid comics desperate for performing time to work out jokes. Caroline’s introduced a latest model: hour sets by more established talent, larger pay days and a more upscale atmosphere. There was plush carpeting and a dressing room. As a substitute of a brick wall, the comics stood in front of a checkerboard pattern artfully missing a couple of pieces. In a 1985 story in The Times, Robert Morton, a producer on “Late Night With David Letterman,” described Caroline’s as “the primary yuppie comedy club,” becoming possibly the last person to make use of that word as a compliment.

Many were exposed to the club via the tv show “Caroline’s Comedy Hour,” which resulted in the mid-’90s. Its impressive lineups offer a history of contemporary stand-up. On one 1992 episode, Attell performed with Dave Chappelle, Louis C.K., Jon Stewart, Susie Essman and Colin Quinn.

That Caroline’s was situated in the guts of Broadway mattered, adding a touch of sophistication to stand-up, an art form rooted in vaudeville and minstrel shows that was then rarely afforded the critical respect of theater and film. Caroline Hirsch, the founding father of the club, played a key role in raising the stature of stand-up. You possibly can even make the case that she helped set the stage for the transformation of Times Square, opening just a couple of years before Disney arrived within the neighborhood.

On Friday before the show, after I asked about her most memorable nights on the club, Hirsch recalled the time Robin Williams took over a Jeff Garlin set with some inspired heckling and a string of performances by Kevin Hart. She also told a story about how Don King walked into the club when John Witherspoon was telling a joke about him. Her recollections underlined the actual importance of Caroline’s: the staggering variety of memorable experiences had there. I had greater than my share.

Caroline’s was the one place where I saw veteran stars like Dick Gregory, Richard Lewis and Damon Wayans. Before he was on “Saturday Night Live,” I caught Michael Che there. And years before he had a special, I knew that Ricky Velez would get one after watching him do an electrical opening set. Probably the most memorable a part of a Tiffany Haddish show was when she spotted Whoopi Goldberg within the audience and tearfully described how essential it was as a baby to see the veteran star on television.

Caroline’s was not dogmatic in regards to the sorts of comics it booked. It didn’t have a house style, which may need hurt its brand but made it unpredictable, featuring talent from an array of ages, backgrounds and styles. Bo Burnham cut an album there early in his profession, and Phoebe Robinson got her start by taking a comedy class at Caroline’s.

Considered one of the all-time funniest shows I ever saw was Rory Scovel doing an hour at Caroline’s. A decade before John Mulaney toured arenas with bits about fame and addiction, he performed a hilarious hour at Caroline’s during which he told jokes about his marriage and his alcoholism.

Caroline’s was also not above oddball bookings (Larry “Bud” Melman performed there). I once saw a 13-year old do a standup act and in addition made the error of taking my 7-year-old daughter to a Ron Funches show, only to rush out when the jokes became too dirty.

Toward the top of the night, Attell asked his opening acts, Ian Fidance, Jordan Jensen and Wil Sylvince to affix him onstage. They riffed with each other, before Attell turned to the gang and asked with an odd formality: “May I?” Then he took out a blue recorder, which he described as “somewhere between a flute and a bong.”

In between raunchy jokes, he played easy, wistful songs. He remarked on the sadness of the instrument’s sound. Then he opened his jacket and brought out a second recorder, a yellow one. Seeing this gruff, grizzled legend wield two colourful pipes was its own sight gag. It was also a reminder that while Attell’s much imitated delivery has its own musicality, in the case of expressing certain sorts of emotion, no joke can really match a couple of notes played with conviction.

Then he beckoned Caroline Hirsch to the stage, called her “a force” and thanked her for “making us all higher.” Describing the moment as “bittersweet,” she said she could be producing more shows in the longer term. Then everyone took selfies onstage to commemorate the moment and awkwardly shuffled off the stage.