David Dalton, Rock Author Who Lived the Scene, Dies at 80 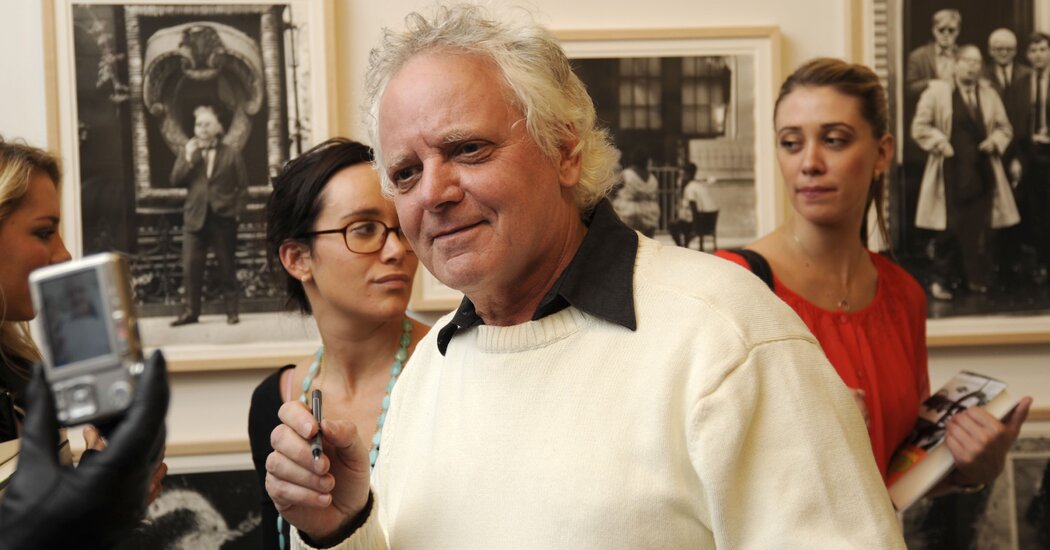 David Dalton, who chronicled the rock scene as an early author for Rolling Stone and brought firsthand knowledge to his biographies of rock stars from having lived the wild life alongside them, died on Monday in Manhattan. He was 80.

His son, Toby Dalton, said the cause was cancer.

Starting within the Sixties, Mr. Dalton showed a knack for being where cultural moments and evolutions were happening. Before he was 20 he was hanging out with Andy Warhol. Within the mid-Sixties he photographed the Yardbirds, the Dave Clark Five, Herman’s Hermits and other rock groups that were a part of the British Invasion. He was backstage on the Rolling Stones’ infamous 1969 concert at Altamont Speedway in California. He was hired, together with Jonathan Cott, to write down a book to accompany a boxed-set release of the Beatles’ 1970 album, “Let It Be.” He traveled with Janis Joplin and James Brown and talked about Charles Manson with Dennis Wilson of the Beach Boys.

As his profession advanced, he gravitated toward writing biographies and helping celebrities write their autobiographies. His books included “Janis” (1972), about Joplin, revised and updated in 1984 as “Piece of My Heart”; “James Dean: The Mutant King” (1975); and “Who Is That Man? In Search of the Real Bob Dylan” (2012). Autobiographies that he helped their subjects write included Marianne Faithfull’s “Faithfull: An Autobiography” (1994), “Meat Loaf: To Hell and Back” (1999), Steven Tyler’s “Does the Noise in My Head Hassle You?” (2011) and Paul Anka’s “My Way” (2013). He collaborated with Tony Scherman on “Pop: The Genius of Andy Warhol” (2009).

Lenny Kaye, the guitarist within the Patti Smith Group and a author who collaborated with Mr. Dalton on the 1977 book “Rock 100,” said Mr. Dalton, early in his profession, was amongst a gaggle of writers who took a latest approach to covering the music scene.

“In those days of rock journalism, there was not quite a lot of separation between writers and artists,” he said in a phone interview. “The writers aspired to create the identical sort of artistic illumination as those they wrote about.”

“David got to be very friendly with many individuals,” Mr. Kaye added, “and I think that helped enhance his writing style. He had a way of assuming the persona of the person he was writing about.”

Mr. Dalton’s wife of 44, years, Coco Pekelis, a painter and performance artist, said Mr. Dalton fell into writing almost by accident. He had read that Jann Wenner was starting a latest music magazine, Rolling Stone, in 1967 and commenced sending in a number of the pictures of bands that he had been taking.

“He was taking photographs of groups just like the Shangri-Las, and Jann wanted captions,” Ms. Pekelis said by email. “So David began writing. And wrote and wrote and wrote. I asked him the opposite day when he knew he was a author, and he said, when his captions got longer and longer.”

Mr. Dalton assessed his voluminous output in an unpublished autobiographical sketch, explaining how his work had modified over the many years.

“Once I wrote rock journalism I used to be younger,” he noted. “I used to be involved within the scene because it was happening, evolving. I went anywhere on the drop of a hat. Once I got into my 30s I started writing in regards to the past and have lived there ever since.”

Janis Joplin was amongst the numerous people whose biographies Mr. Dalton wrote. He also helped celebrities like Meat Loaf and Marianne Faithfull write their autobiographies.

John David Dalton was born on Jan. 15, 1942, in wartime London. His father, John, was a health care provider, and his mother, Kathleen Tremaine, was an actress. His sister, Sarah Legon, said that in German air raids, David and a cousin, who grew as much as be the actress Joanna Pettet, can be put in baskets and sheltered under a staircase or taken into the Underground, the London subway system, for defense.

David grew up in London and in British Columbia — his father was Canadian — and attended the King’s School in Canterbury, England. He then joined his parents in Recent York, where they’d moved, and he and his sister became assistants to Warhol, Ms. Legon said, helping him edit an early film, “Sleep.” In 1966, Mr. Dalton helped Warhol design a problem of Aspen, the multimedia magazine that got here in a box or folder with assorted trappings.

“Coming from England at the start of the sixties,” Mr. Dalton wrote in “Pop: The Genius of Andy Warhol,” “I encountered Pop Art with the identical jolt of pleasure and joy I’d experienced on first hearing the blues. I used to be fortunate enough to fulfill Andy Warhol at the start of his profession, and thru his X-ray specs I saw America’s brash, bizarre and manic underworld of ads, supermarket products, comics and kitsch delivered to garish, teeming, jumping-out-of-its-skin life.”

In the center and late Sixties and the early ’70s, Mr. Dalton hung out on the East Coast, on the West Coast and in England, rubbing elbows with the Beatles, the Rolling Stones and more. In California, he hung out with Dennis Wilson, who, he said, once expressed admiration for Charles Manson.

After Manson had been charged in some brutal 1969 murders, Mr. Dalton began looking into the case for Rolling Stone with one other author, David Felton.

“Like most of my hippie peers,” he wrote in an unpublished essay, “I believed Manson was innocent and had been railroaded by the L.A.P.D. It was a scary awakening for me to search out out that not every longhaired, dope-smoking freak was a peace-and-love hippie.”

His pondering turned when someone within the district attorney’s office showed him photographs of victims of Manson’s followers and the messages written in blood on the crime scenes.

“It will need to have been essentially the most horrifying moment of my life,” Mr. Dalton is quoted as saying in “Sticky Fingers: The Life and Times of Jann Wenner and Rolling Stone Magazine” (2017), by Joe Hagan. “It was the tip of the entire hippie culture.”

For Rolling Stone, Mr. Dalton also wrote about Elvis Presley, Janis Joplin, Little Richard and others. By the mid-Seventies he had moved on and was specializing in books, though still applying his full-immersion approach. For “El Sid: Saint Vicious,” his 1997 book about Sid Vicious of the Sex Pistols, who died of an overdose in 1979, “I actually began to listen to Sid’s voice talking to me,” he wrote. David Nicholson, reviewing the book in The Washington Post, found it compelling.

“There may be a certain hypnotic quality to the story that’s akin to watching someone standing in the trail of an onrushing train,” he wrote. “The writing throughout is graceful and intelligent, even when it’s in your face.”

Mr. Dalton once described his biography technique this fashion:

“Essentially you distill your subject right into a literary solution and get high on them, so to talk. Afterwards, one needs brain detergent and has to have one’s brain rewired.”

Mr. Dalton lived in Andes, N.Y. His wife, son and sister are his only immediate survivors.

Mr. Kaye said Mr. Dalton had been each present for a sea change and a part of it.

“It was an enchanting time,” he said, “and David was considered one of our most vital cultural spokespersons.”