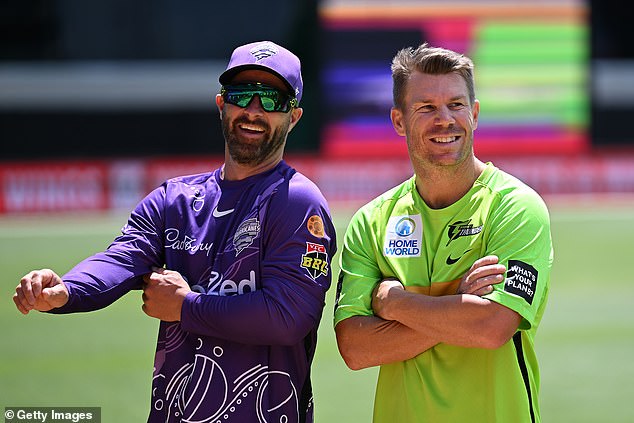 On Sunday afternoon, Wade and Thunder captain Chris Green had a heated exchange after Green finished bowling the tenth over within the second innings in Hobart, with Wade’s batting partner Tim David appearing to placate the incensed bowler.

Just after the confrontation, Warner shoved Wade away because the Tasmanian tried to approach him within the drinks break.

Warner walked away before things escalated. Wade was caught within the deep throughout the next over.

‘That was inappropriate. I do not know what went on between them there,” Fox Cricket’s Kerry O’Keeffe said of Warner’s push.

‘Was it jocular? We’ll discover later.’

On Monday, Cricket Australia confirmed to AAP that the on-field umpire didn’t lodge a report following the incident and that Warner wouldn’t face sanctions for lashing out at Wade. 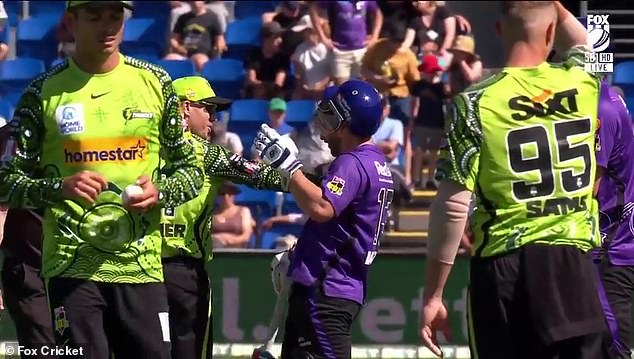 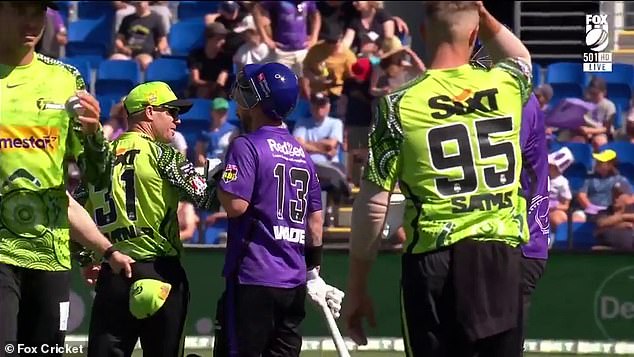 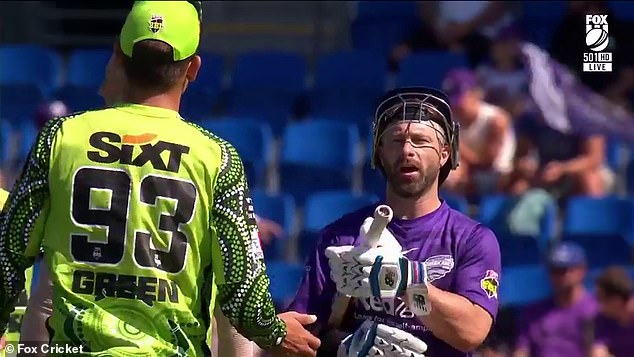 After the sport, Green and Wade confirmed they’d buried the hatchet, downplaying their confrontation in a joint broadcast interview.

The match was Warner’s second since ending a nine-year Big Bash hiatus and joining the Thunder for five games.

Cricket Australia needed to subsidise Warner’s paycheck with money from its marketing budget however the Test opener played only a small role on Sunday, being bowled for a duck by Riley Meredith.