Davos is a Swiss ‘miss’ at solving world problems 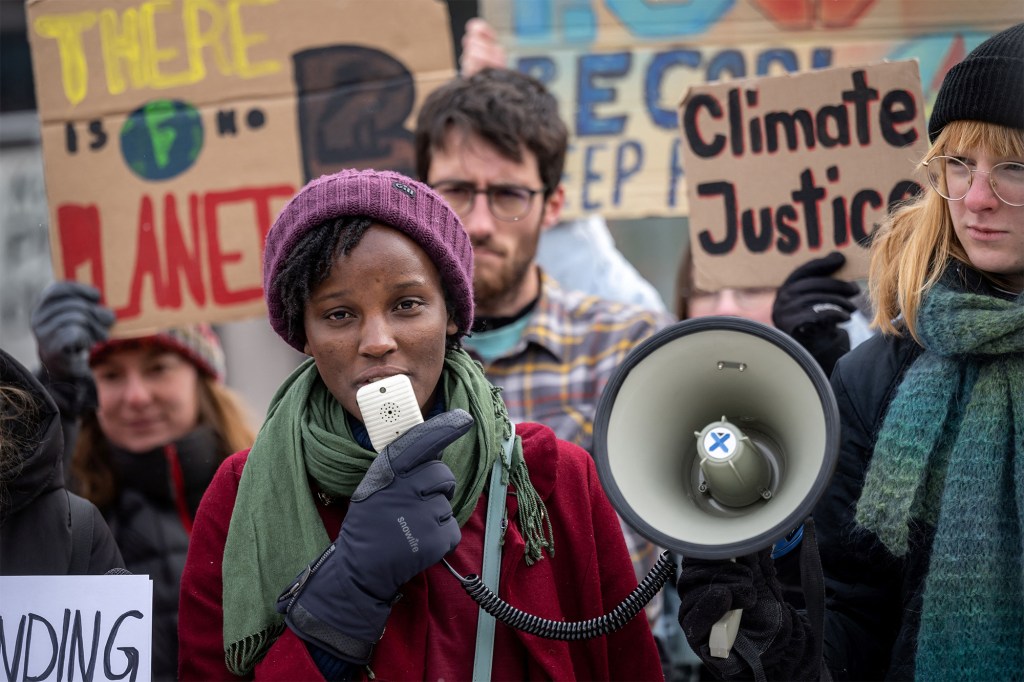 Covering the World Economic Forum in that smallish village of Davos, Switzerland, is an odd affair. Big news should come out of the conference given its list of attendees — CEOs, lawmakers, presidents and prime ministers — who all hang around together pondering big thoughts on the world’s manifold problems.

And yet nothing gets completed. Little real news, if any, is made.

I say this not from my chalet just walking distance from the conference center and where the alleged motion took place, but from my office in NYC. It’s been years since I attended and I have to say I often have a hankering for the actual hot chocolate served there versus the fake Swiss Miss stuff I grew up on.

But not much else.

Back in January 2020, you may recall, some big “news” broke when then-President Donald Trump attended and told CNBC that nascent fears of a deadly coronavirus spreading across the globe and shutting down major economies was an enormous nothing­burger. In his words, “we have now it under control; it’s going to be just high-quality.”

Climate change was a central topic at Davos this yr. AFP via Getty Images

This yr’s event, which ended Friday, was clearly consistent with the futility of the forum, its increasing woke, and proposed progressive solutions that almost all Americans couldn’t care less about. In line with my sources who attended, the large shots there yapped a few looming global recession, global warming, China’s population decline, war in Ukraine, declining wages in ­places like Asia. Did I mention global warming?

A number of panels and speeches on those subjects, but not a variety of solutions except for the standard bromides about forcing Americans to provide up their gas guzzlers for unaffordable electric cars, or raising taxes to cure world hunger. For comic relief, Oliver Stone spoke about his recent documentary on the necessity to embrace nuclear power to stave off, you guessed it, climate change.

It doesn’t take a rocket scientist to work out that those worries are neither unique or really immediately existential — the chattering classes have been agonizing about these things incessantly and seemingly endlessly. The standard litany of solutions are and have all the time been pretty unrealistic as well.

That’s why there’s no reason to fly to, of all places, Switzerland and pollute the atmosphere much more to indulge your paranoia concerning the coming end of mankind.

So why do people go? As a reporter, I went because I desired to run into CEOs, chat up Jamie ­Dimon or Larry Fink about some story — until it occurred to me, I can do this here in NYC.

CEOs go, I feel, to flee their wives, get some good press through virtue-signaling and, possibly, do some business. And for individuals who are facing difficulties back home, possibly change the narrative. 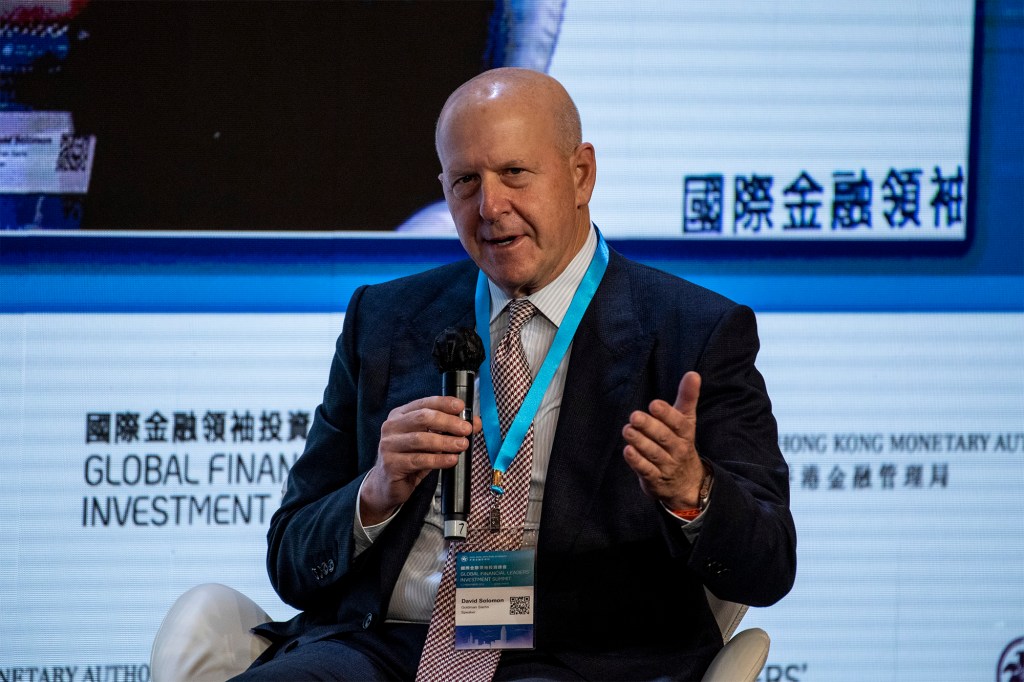 I saw David Solomon, the beleaguered CEO of Goldman Sachs, attend and check out to clarify to reporters his bank’s recent problems: A deal slowdown, rising expenses due to an ill-fated foray into retail banking, and an enormous earnings miss.

Solomon wasn’t trying to get away from his wife, but possibly a more skeptical US-dominated media (mostly here at The Post), which has been chronicling how he’s facing a simmering revolt from a few of his partners angered over his management style — he’s said to be brusque, as if that breaks the CEO mold — and the way he cut jobs and bonuses in a down yr for deals.

So he went to Davos to point out he’s firmly on top of things by earnestly explaining Goldman’s fourth-quarter profit plunge — again, as if his previous mea culpas weren’t enough.

Did this do much to vary the narrative? Not likely; my sources on the firm in Manhattan say the individuals who hate Solomon still hate him.

Larry Fink, the CEO of BlackRock, made the trip as he all the time does, which on paper is smart: BlackRock is the world’s largest money manager and greater than a number of big clients were in attendance. So did “the Mooch” — hedge fund impresario Anthony Scaramucci, who runs SkyBridge Capital, a so-called fund of funds, which invests in other hedge funds and is all the time looking out for clients.

But again, you get the sensation each would have been higher served staying home; the recent chocolate in Davos isn’t ok to persuade some sovereign wealth fund to fork over billions of dollars as rates of interest rise and markets get wobbly. 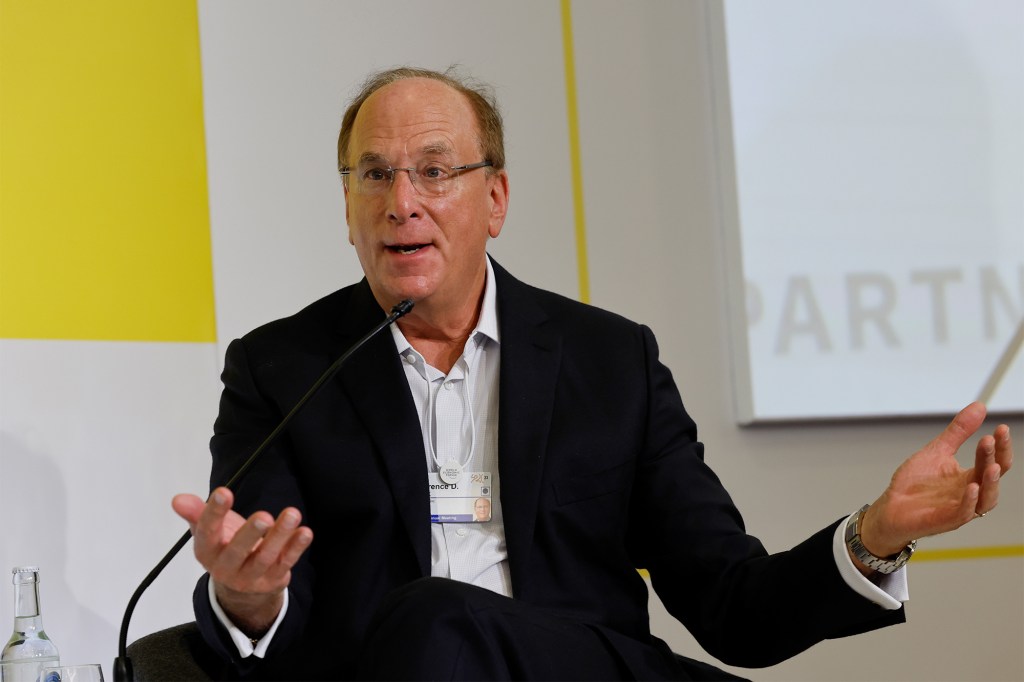 Larry Fink and BlackRock have develop into targets of BlackRock populist anti-ESG ire.Bloomberg via Getty Images

And consider what’s happening to each of them here. Fink gets a bum rap from conservatives for being a zealot on ESG investing, which is perceived as leftist capitalism designed to make use of BlackRock’s investments in firms to prod them to cut back their carbon footprint, etc.

He’s not a zealot. Removed from it, based on the facts and what actually comes out of his mouth and what BlackRock actually does. Yet his problem isn’t together with his fellow travelers in the worldwide elite but with the brand new GOP majority in Congress and red-state officials who’ve their eyes on making BlackRock a goal of populist anti-ESG ire.

Mooch, for his part, is wrapped into the entire Sam Bankman-Fried imbroglio, not as a goal of prosecutors investigating the alleged scam, but because like many others, he thought SBF was a white knight.

SBF took a stake in SkyBridge, and is attempting to disentangle himself from the mess.

Not certain how going to Davos for the recent chocolate accomplishes that.