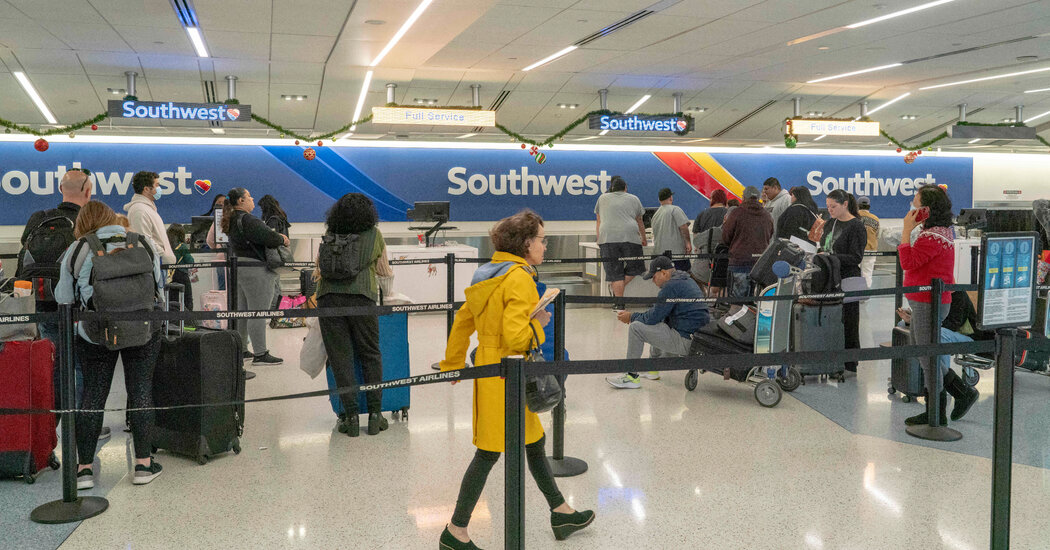 WASHINGTON — A gaggle of Democratic senators are in search of an evidence from Southwest Airlines for its operational meltdown last month, one other sign of the mounting frustration on Capitol Hill over the recent chaos within the nation’s air travel system.

In a letter sent on Wednesday to Southwest’s chief executive, Bob Jordan, the lawmakers posed dozens of inquiries to the airline, addressing topics like its flight-crew scheduling system, ticket refunds and executive compensation. The letter was signed by 13 members of the Senate Democratic caucus, including Senator Edward J. Markey of Massachusetts, who spearheaded it.

“No business can treat its customers like that and get away with it,” Mr. Markey said in an announcement. “C.E.O. Bob Jordan owes these passengers and the general public answers about what went improper at his airline and what steps Southwest is taking to make certain this inexcusable incident never happens again.”

Around Christmas, a storm wreaked havoc on Southwest’s operations, leaving travelers stranded through the busy holiday travel season. While other airlines were in a position to recuperate, Southwest found itself crippled, partially consequently of outdated scheduling technology for its flight crews. In total, the airline canceled greater than 16,700 flights.

“For consumers across the country, this failure was greater than a headache — it was a nightmare,” the senators wrote of their letter.

In response to the meltdown, Southwest is refunding tickets for canceled flights and reimbursing expenses like hotels and rental cars for patrons whose travel plans were upended. The corporate can also be giving 25,000 frequent-flier points, value about $300, to customers who experienced disruptions.

A spokesman for Southwest, Chris Perry, said in an announcement, “We appreciate the concerns expressed within the letter from the senators and share within the commitment to making sure Southwest’s customers are properly cared for and that actions are taken to mitigate risks of this happening again.”

As the brand new Congress gets underway, the nation’s recent air travel woes are drawing the eye of lawmakers. On Wednesday, a Federal Aviation Administration system outage caused 1000’s of flights to be delayed; for about 90 minutes, the agency halted flights from taking off nationwide.

Within the wake of the Southwest meltdown, Senator Maria Cantwell, Democrat of Washington and the chairwoman of the Senate Committee on Commerce, Science and Transportation, said her panel would look into what had happened and hold hearings to think about the way to bolster consumer protections and improve airline operations.

Southwest can also be under pressure from Pete Buttigieg, the transportation secretary, who in a letter to Mr. Jordan in late December called the travel disruptions “unacceptable” and reminded him of the airline’s obligations to customers who experience delays or cancellations. Mr. Buttigieg, in turn, has faced criticism over each the Southwest debacle and the F.A.A. system outage.