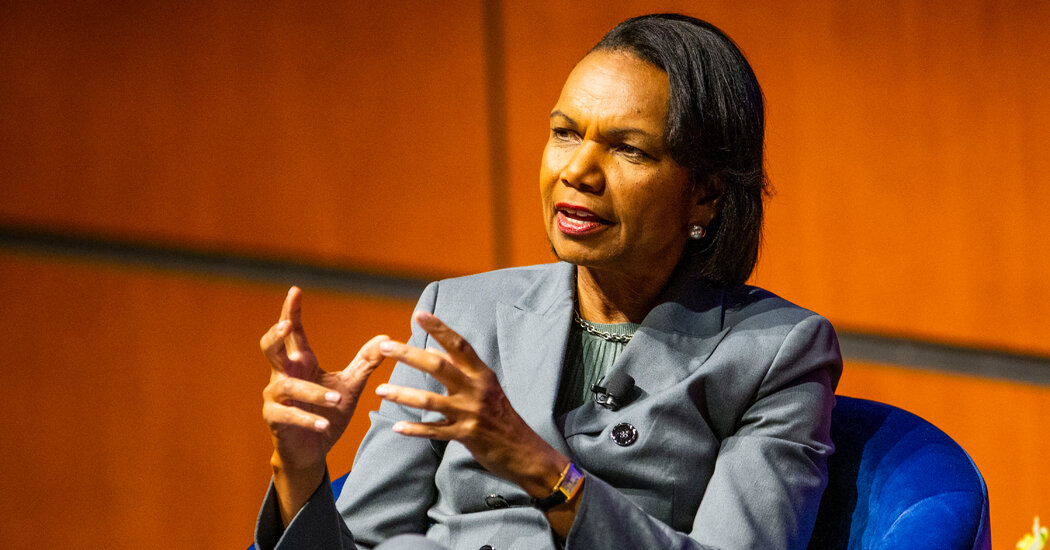 The Denver Broncos on Monday announced the addition of former Secretary of State Condoleezza Rice to the team’s latest ownership group.

Rice is the second Black woman to affix the group, which is primarily made up of members of the Walton and Penner families, who amassed their fortunes largely through their stakes in Walmart. The partnership already included Mellody Hobson, the co-chief executive of Ariel Investments and the board chair of Starbucks Corporation.

The group reached a tentative agreement in June to purchase the Broncos for $4.65 billion, greater than twice the value of the previous record for an N.F.L. franchise. The acquisition is anticipated to be approved before the beginning of the 2022 regular season.

The league has denied the claim.

The N.F.L. has instituted various measures to extend diversity in senior positions, including launching in March a six-member diversity advisory committee to review its policies, and broadening the Rooney Rule, a leaguewide guideline to extend the variety of interviews for diverse candidates for head coaches and senior positions akin to general manager and team president.

But increasing diversity among the many league’s owners, who’re overwhelmingly white, has been tougher because teams change hands infrequently and since their high prices limit the variety of potential buyers. In February, N.F.L. Commissioner Roger Goodell said he hoped the Broncos’ latest ownership would come with an individual of color. At their annual meeting in March, the league’s owners said that prospective ownership groups can be checked out favorably in the event that they included “diverse individuals who would have a big equity stake in and involvement with the club, including serving because the controlling owner of the club.”

Hobson and Rice are the primary two Black women to own a part of a team, though no Black men or women have ever been the principal owners of a team. There are only two people of color who’ve majority stakes in N.F.L. teams — Shahid Khan of the Jacksonville Jaguars, who’s Pakistani American, and Kim Pegula, the Korean American co-owner of the Buffalo Bills.

Several other N.F.L. teams are principally owned by women, but in all those instances their ownership stakes were acquired via inheritance or by marriage.