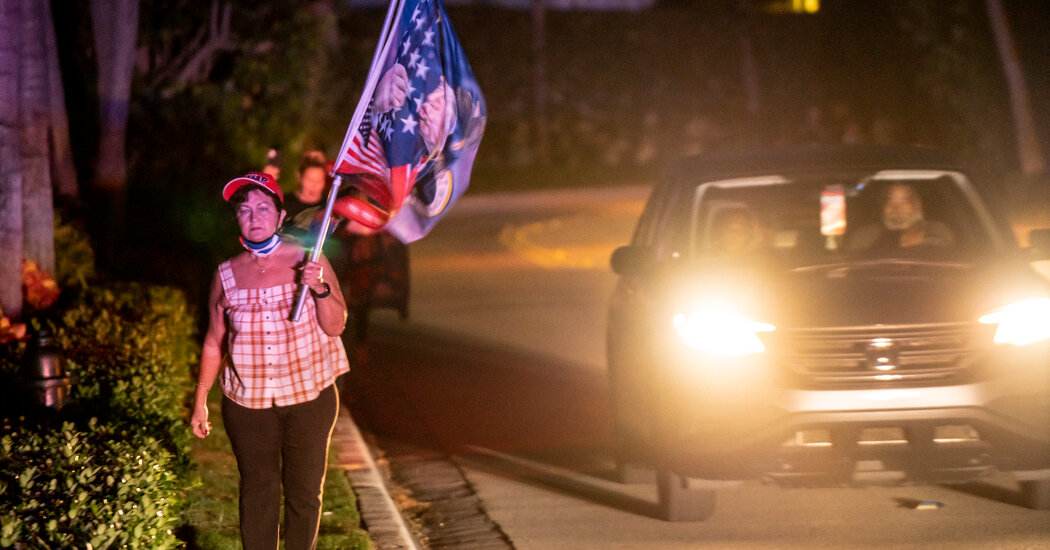 The F.B.I.’s search of former President Donald J. Trump’s Mar-a-Lago home in Florida drew swift condemnation on Monday evening from some Republican governors who quickly backed Mr. Trump’s message that the Justice Department was getting used against him.

Mr. Trump decried the search — which appears to be focused on potentially classified material he took from the White House to his Palm Beach home — in an announcement as a “weaponization of the justice system” and an effort to forestall him from running for president again in 2024.

Gov. Ron DeSantis of Florida and Gov. Kristi Noem of South Dakota, each Republicans, doubled down on Mr. Trump’s language in statements of their very own, denouncing the “weaponization” of the federal government.

“They’ve been after President Trump as a candidate, as President, and now as a former President,” Governor Noem wrote on Twitter, referring to the Justice Department. “Using the criminal justice system in this fashion is un-American.”

Gov. Asa Hutchinson of Arkansas, a former U.S. attorney, said on Twitter that the search was “unprecedented & alarming” and that the probable cause affidavit authorizing the search must be publicly released.

“Normally that may be under seal but since Trump announced the raid then the probable cause must be made public,” he wrote.

In Alaska, Gov. Mike Dunleavy wrote on Twitter that the search was evidence of “the politicization of the FBI against Donald Trump that began before he was even elected and continues to today.”

House Republicans loyal to Mr. Trump directed their ire on the leadership of the F.B.I. and the Justice Department.

Representative Kevin McCarthy of California, the House minority leader, threatened “immediate oversight” of the Justice Department if Republicans retook the House within the November midterm elections — and warned that Attorney General Merrick B. Garland could be targeted.

“Attorney General Garland, preserve your documents and clear your calendar,” he wrote in an announcement.

On Fox News on Monday evening, Representative Jim Jordan of Ohio, an in depth ally of Mr. Trump, demanded answers from Mr. Garland and Christopher Wray, the F.B.I. director.

“What were you actually doing? What were you on the lookout for?” he said. “Why not discuss with President Trump and have him give the data you’re after? That is unbelievable.”