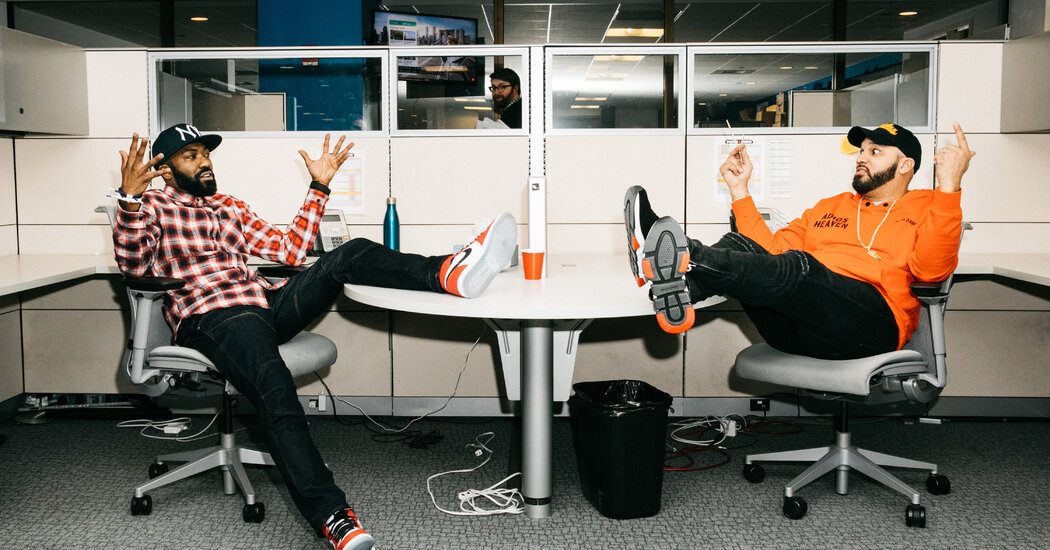 The Showtime late-night talk show “Desus and Mero” won’t be returning for a fifth season, the network announced on Monday.

The show’s hosts, Desus Nice (a.k.a. Daniel Baker) and the Kid Mero (a.k.a. Joel Martinez), interviewed former President Barack Obama and collaborated on projects including podcasts and a book, but at the moment are “pursuing separate creative endeavors moving forward,” a Showtime representative said in an emailed statement.

“Desus Nice and the Kid Mero have made a reputation for themselves in comedy and within the late-night space as quick-witted cultural commentators,” the statement said.

After the announcement, Desus wrote on Twitter that he was “pleased with the show my staff made every episode” and hinted he had more projects on the best way.

Before Showtime picked up “Desus and Mero” in 2018, the show aired on Viceland for 2 years. The pair, who each grew up within the Bronx, also hosted a long-running podcast, “Bodega Boys.”

The tv series upended the standard model for late-night talk shows, with the hosts sitting in chairs next to their guests as a substitute of cloistered behind a desk. They swapped fastidiously crafted opening monologues for a looser conversation style where they responded to news events and viral clips, constructing on one another’s jokes.

The show’s fourth season on Showtime premiered in March with an interview with Denzel Washington that spotlighted Desus and Mero’s ability to drag candid, personal insights from celebrities and politicians in interviews that felt more like conversations. The 2 spoke with the Academy Award-winning actor, who grew up in Mount Vernon, N.Y., about different stops on the No. 2 subway line and the rising price of a pizza slice.

Before Desus and Mero became a comedic duo, each had built a following on Twitter, where they might occasionally interact while making jokes about their day jobs and the Bronx.

They’d attended the identical summer school and were accustomed to one another, nevertheless it was a gathering they were each invited to by an editor on the popular culture website Complex that formally brought them together. That meeting led to a podcast called “Desus vs. Mero,” that premiered in 2013, then an internet series.

After they left Complex, they began the “Bodega Boys” podcast. In 2020, they published an advice book, “God-Level Knowledge Darts: Life Lessons From the Bronx.”

Fans, generally known as the “Bodega Hive,” had speculated that the tip of the comedic partnership could possibly be near after the podcast stopped posting latest episodes; the last one went up in November. Responding to a series of tweets that appeared to substantiate the podcast had ended, Desus said last week that their fans “deserved higher than this ending.”