‘Devotion’ Review: An Airman in Reflection 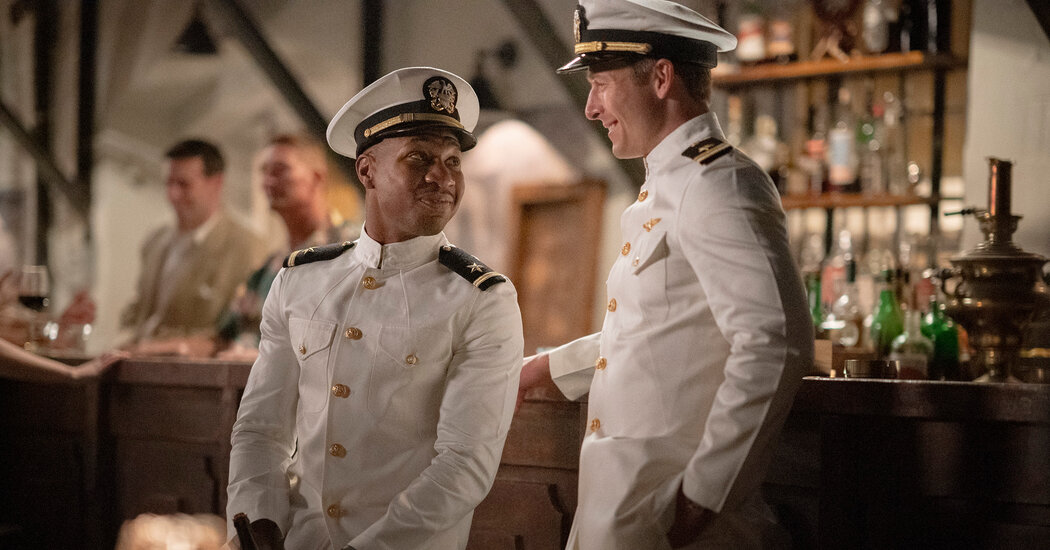 “Devotion,” directed by J.D. Dillard, recounts the landmark profession of Ensign Jesse L. Brown, the son of a Mississippi sharecropper who became the U.S. Navy’s first Black aviator in 1948, and, two years later, its first Black officer to die within the Korean War. Brown’s wingman, a wealthy white United States Naval Academy graduate named Thomas J. Hudner Jr., risked his own life in an attempt to avoid wasting Brown, and was subsequently awarded the Medal of Honor.

Their story may very well be simplified right into a sentimental tale of colorblind brotherhood. (Adam Makos’s 2015 nonfiction book of the identical name cites a 1951 Ebony magazine as guilelessly cheering, “The important thing to Jesse’s popularity was his assumption that no race problem existed and, because of this, none did.”) As an alternative, Dillard and the screenwriters Jake Crane and Jonathan A.H. Stewart dig deeper into Brown’s pat quotes to the press, revealing a person who didn’t share his anguish with outsiders — a reticence their Brown, played at a lidded simmer by Jonathan Majors, seems to feel toward the very movie he’s in.

The goal is to clean the symbolism off Brown and restore him to humanity: a 24-year-old striver, husband and father who loathes being singled out as a special case. His odd couple dynamic with the easy-grinning Hudner (Glen Powell) is the steadiest narrative thrust in a movie that tends to drift from one set piece to a different, very like the military itself on this sliver of years between the tip of World War II and the rise of the Cold War era. Here, Brown and Hudner’s squad may be stationed within the Mediterranean to scare off Soviet ships and get up from a night spent in Cannes flirting with a teenage Elizabeth Taylor — a real story, modestly embellished — to learn they’re abruptly pivoting to snowy Sinuiju.

Dillard’s curiosity about this often-overlooked time of transition adds some shading to stretches that otherwise feel like a “Top Gun” prequel with the sleek jets swapped out for ungainly gull-wing Corsair propeller planes, heavy beasts that resemble a rockhopper penguin slumped over at the tip of a saloon. Dillard and the cinematographer, Erik Messerschmidt, allow a scene or two of crowd-pleasing spectacle, say a dogfight with an enemy MIG, or a shot of ocean surf reflected within the steel belly of a skimming aircraft. But despite its emotional rating, the film is more focused on unheroic details: insults ignored, insignia easily discarded, platitudes that dissipate within the air. It refuses to construct to the type of operatic weepie Brown himself wouldn’t respect. As an mental dismantling of white savior narratives, “Devotion” is smartly done; as an enjoyable heartwarmer to look at together with your uncle, it’s stiff when it should soar.

Still, Majors — considered one of our most sincere actors — does sob early and sometimes, particularly in a searing moment in front of a mirror when he stares directly on the lens and spits racist insults at his own reflection as if inuring himself to poison. This selection to maintain his pain private becomes a window into how Brown desired to be viewed in life and death: not as a victim in need of rescue, but as his own man.