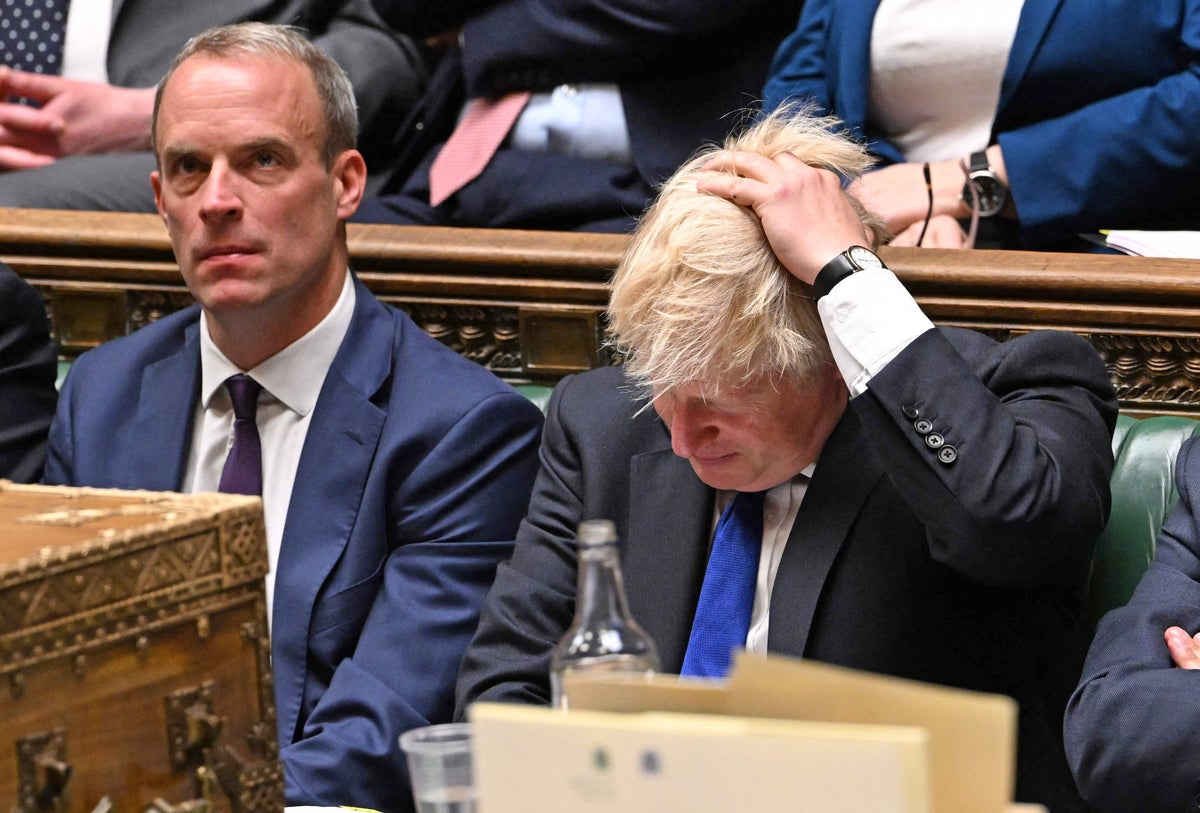 Cabinet minister Dominic Raab would have been caretaker prime minister in an “ideal world” the treasurer of the Conservatives’ 1922 committee has said, but conceded: “That ship has sailed”.

The comments from Sir Geoffrey Clinton-Brown got here after Boris Johnson filled vacant cabinet roles, pledging to not “implement recent policies or make major changes of direction” during his remaining time in office.

But amid anger over the prime minister’s conduct, a series of Conservative backbenchers called for Mr Johnson to resign immediately — somewhat than acting as a caretaker PM until a recent Tory leader is elected.