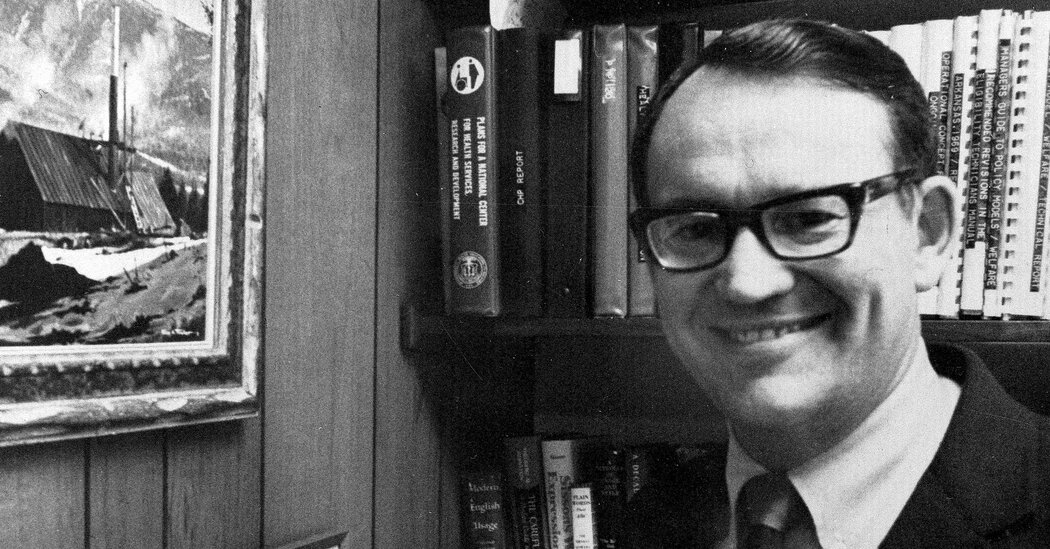 Within the Sixties, while still working for the American Rehabilitation Foundation, Dr. Ellwood formed a health policy research group called Interstudy, which explored ways to use business management techniques to enhance health care and cut costs. It arrange an H.M.O. that years later became United Health Group, now one in all the nation’s largest health corporations.

Within the early Nineteen Seventies, Dr. Ellwood, having given up his medical profession, moved to Wyoming, got into real estate and founded the Jackson Hole Group — a cohort of doctors, economists, academics and policymakers who met at his home periodically for many years to speak about recent health care strategies.

The group produced many reports, but its most notable was utilized by Bill Clinton in his 1992 presidential campaign, when he pledged to reform a health care system of runaway costs and uninsured hundreds of thousands. After Mr. Clinton’s election, Dr. Ellwood, the economist Alain C. Enthoven and others devised the blueprint for the administration’s “managed competition” health reform proposal.

It could have banded businesses and individuals into cooperatives to purchase insurance from partnerships of doctors, hospitals and insurers competing for the business, and it could have covered just about all uninsured Americans. The plan, shepherded by Hillary Clinton, failed in 1994, but by then Dr. Ellwood and his colleagues had distanced themselves from the plan over conflicts concerning the levels of regulation it could have imposed.

Dr. Ellwood, who lived in Bellingham, north of Seattle, retired as president of the Jackson Hole Group in 2002. He and his first wife, Elizabeth Ann (Schwenk) Ellwood, had three children, Deborah, Cynthia and David. They divorced in 1990 and Elizabeth Ann later died. In 2000, he married Barbara Winch. Along with his wife, Dr. Ellwood is survived by his three children and five grandchildren.

In later years he championed what he called “outcomes management” — a national database to point out how the treatment of patients actually works out. Without such measures, he argued, health care providers and policymakers had no way of knowing whether care was being compromised to chop costs, and no approach to evaluate proposals for reforms.