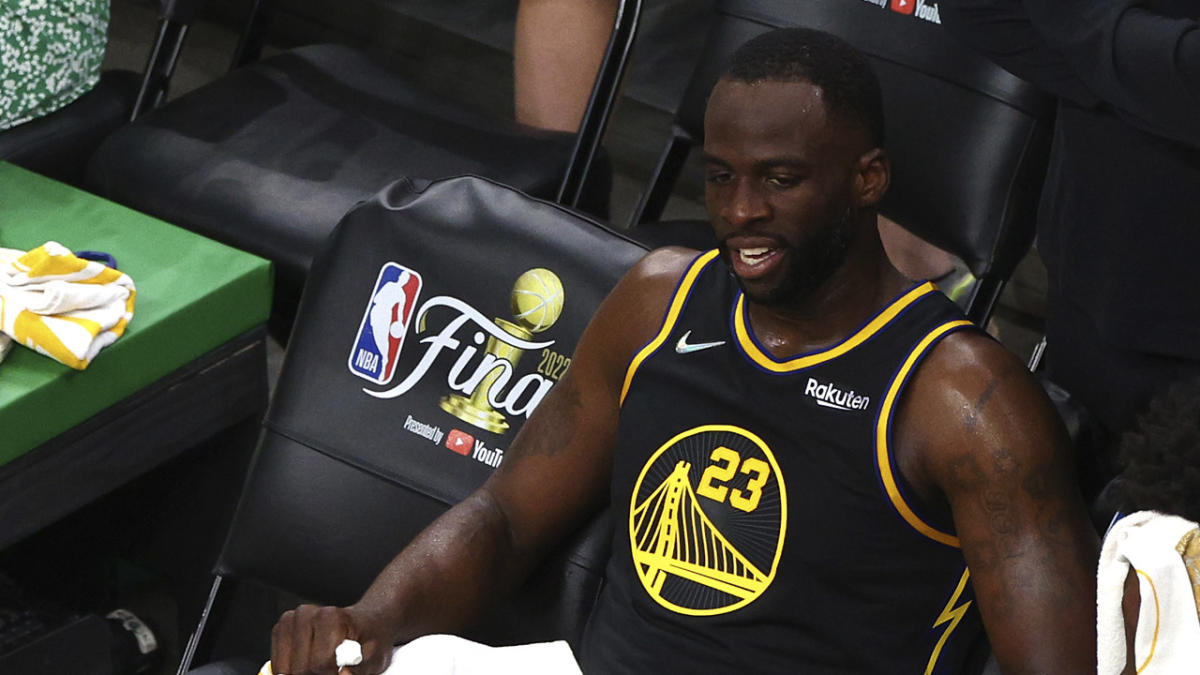 When Warriors veteran Draymond Green found himself on the bench during Game 4 of the 2022 NBA Finals, he was frustrated. But ultimately, he understood the move by his coach, Steve Kerr.

And now that the Warriors are six months faraway from hoisting their fourth Larry O’Brien Trophy in eight seasons, Green revealed his true feelings concerning the decision on the newest episode of “Throwing Bones.”

“I even got benched in Game 4,” Green said while explaining a number of the adversity he faced in the course of the Finals. “I got offense/defense subbed — by the way in which, I felt like that was disrespectful as f–k.

“But, it’s cool. Like, I didn’t take it personal since the only thing that was vital to me was to win a championship.”

Kerr sat Green with just over seven minutes left in the sport against the Boston Celtics, and the forward spent 4 minutes on the bench.

Green returned to the ground in several bursts over the sport’s final minutes, and the Warriors outscored the Celtics 10-3 after he returned from his transient hiatus.

Golden State, in fact, went on to win the best-of-seven series in six games. And shortly after the team’s championship parade in San Francisco, Kerr went on the “Point Forward” podcast and defended his decision to take a seat Green.

“I have been here now eight years, so I do know all these guys so well,” Kerr said. “I didn’t really think much about it after I took Draymond out in Game 4, because that unit was not doing well so I used to be really in search of a shift. And I used to be pondering I might just take him out for a minute or two after which get him back.

“Within the NBA when you find a gaggle that works, then you definitely stick to it and it doesn’t matter who’s on the ground. You possibly can’t worry about anybody’s feelings being hurt or anything like that … Sure enough, when the run ended and we went back to him, he was great and made huge plays down the stretch and all of it worked out.”

It definitely did work out, though Green thinks his attitude concerning the situation can be very different had the Warriors lost the Finals.

“Afterwards, I needed to take myself to a spot of, like, don’t go down that road, because for me, that road can get ugly,” Green said. “So for me, I’m like, ‘All right, I got benched. We won. I’m cool.’

“Had I got benched and we lost, though, I’m unsure I might have handled it well.”

RELATED: Why Draymond is ‘not concerned’ about other teams in West

Luckily for Dub Nation, that is something they needn’t imagine — nor does the four-time NBA champion Green.