Dry Cleansing: It’s Spoken Rock ’n’ Roll, but We Like It 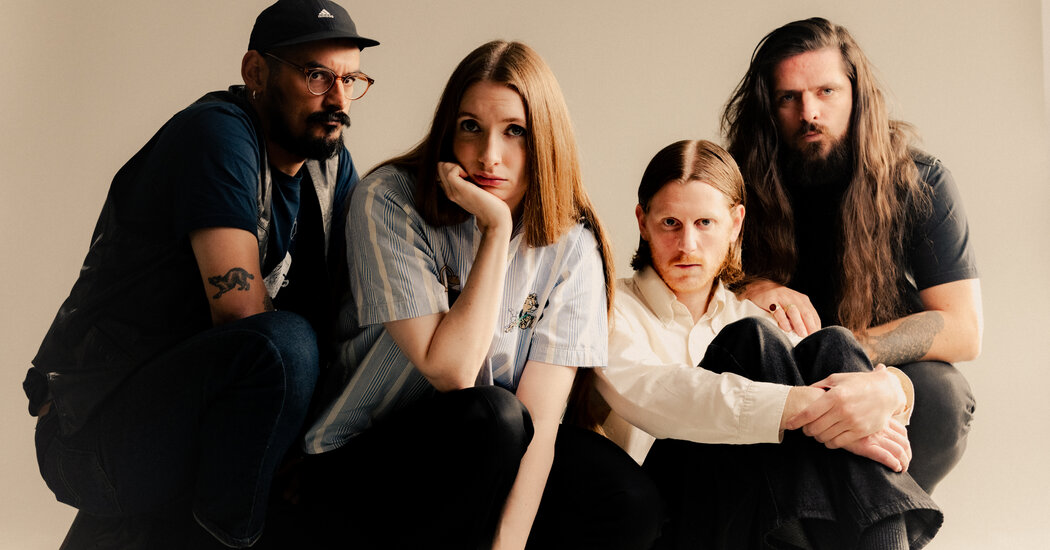 Expertly deploying pauses and stretching out syllables, Shaw is a virtuoso of intonation. “I’m very desirous about small differences,” she said. “I actually enjoy that game where you set the emphasis on a distinct place in a sentence — and it means something completely different. The identical words can sound scared as an alternative of proud.”

When Dry Cleansing was recording a part of the brand new album in a Bristol studio, Shaw went out on foraging missions, trawling the streets for overheard remarks, shop signs and weird sights, which she’d jot down in her phone’s notepad. One other expedition involved visiting a “automotive boot sale,” a flea market particular to the U.K. by which bizarre folk park their cars in a field and sell bric-a-brac from the trunk. Shaw also likes to gather words. “Stumpwork,” the title of a song in addition to the brand new album, is something she’s been aching to make use of for ages.

“I just like the sound of it,” she said. “It’s a style of embroidery, just like the braiding on military uniforms or American sportswear. Originally it was used to described the raised characters and padded people in tapestries.”

Musically, “Stumpwork” is a conscious and concerted effort on the a part of the band to indicate it’s greater than post-punk. Forsaking the primary album’s gaunt sound and tense bass lines, the brand new LP shifts forward in time to the early ’90s and lo-fi “slacker” bands like Pavement. “I used to be pondering quite a bit about Stephen Malkmus after I was doing my guitar parts, that kind of wonkiness,” Dowse said, explaining that he played a Jazzmaster guitar because “it’s what all of the ’90s groups like Sonic Youth and Dinosaur Jr. used.”

In comparison with “Latest Long Leg,” in some ways “Stumpwork” is an American album. The debut felt like a wet, wintry day, a mood mirrored lyrically in lines like “it was chucking it down” and “raincoat sweat.” In contrast, “Stumpwork” has the dazed, heat-hazy vibe of a drunken summer afternoon. Although Shaw still drops the odd glum line like “looks like strains and setbacks are on the way in which,” the ground-down despondency of “Latest Long Leg” has opened up to permit for moments of carefree joy and quiet contentment.

If there’s gloom here, it stems less from personal life than from the political atmosphere. The track “Conservative Hell” expresses the outlook of the band and lots of of their generation. “Scandal after scandal, the degrees of corruption and lying at the highest of the federal government, and it seems like it’s almost completely unchallenged,” Dowse said. “I believe it’s numbed everyone out.”