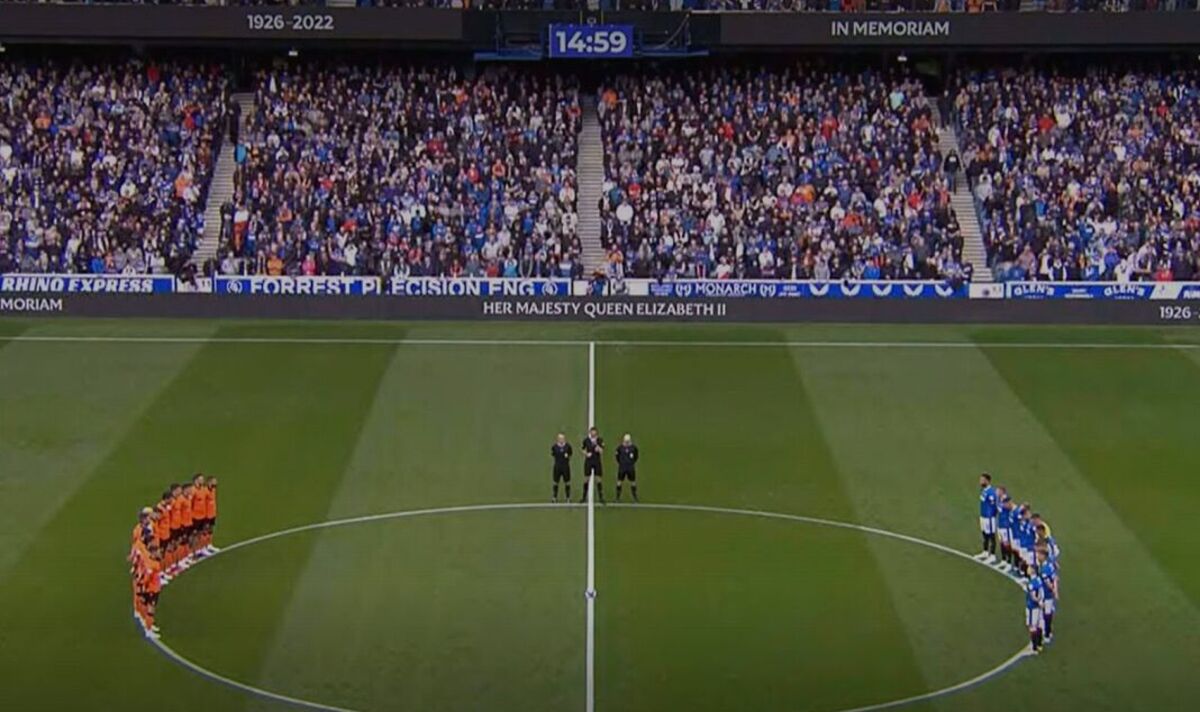 Dundee United have offered a transient statement in response to their fans’ actions throughout the minute’s silence to honour Queen Elizabeth II before their 2-1 defeat at Rangers. Supporters were heard booing and chanting “Lizzie’s in a box” throughout the moment of reflection to commemorate the lifetime of the late monarch.

Matches across the country have included a pre-match tribute to commemorate the passing of Her Majesty, with teams encouraged to participate in a minute’s silence before playing the national anthem. It was the primary time most clubs have had the chance to return together and mark her death with all of last weekend’s fixtures cancelled as a mark of respect, though some teams played in Europe in midweek like Rangers.

United supporters may very well be heard chanting “Lizzie’s in a box” at some stage in the silence period while others booed throughout the 60 seconds. Their actions prompted an indignant response from the Rangers fans who held up a mosaic in honour of the Queen of their Champions League loss to Napoli on Wednesday night.

Now, Dundee United have issued a press release addressing the problems that arose at Ibrox. Nevertheless, they stopped wanting condemning their fans for his or her behaviour.

The minute needed to be cut short at Tynecastle with a minority of Hearts fans booing throughout the stoppage, with some shouts of “f*** the Queen” also heard. Meanwhile, Shamrock Rovers supporters also chanted “Lizzie’s in a box” during their Conference League draw with Djurgarden.

Celtic are also set to be investigated after BT Sport were forced to apologise for banners that read “F*** THE CROWN” were displayed by supporters during their 1-1 draw with Shakhtar Donetsk in mid-week.

The events will probably be seen very poorly by the footballing authorities with one in all the explanations the game was cancelled last weekend being concerns that a minority wouldn’t behave appropriately while tributes were paid to the Queen. Such fears were borne out on Saturday with the actions of some supporters at Ibrox and Easter Road.