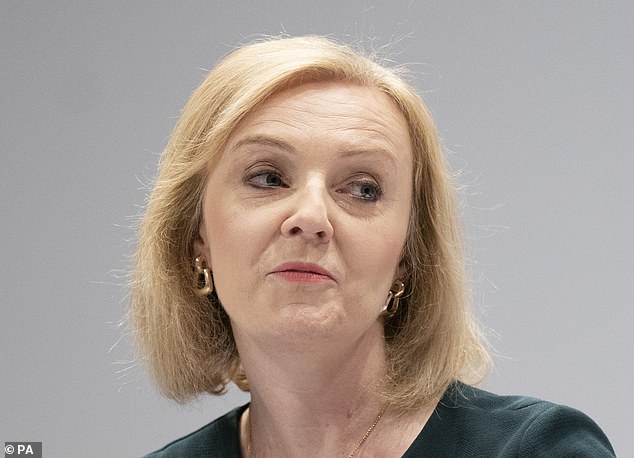 By John-paul Ford Rojas For The Day by day Mail

A raft of economic data will this week lay bare the challenge facing Liz Truss’s government – amid predictions that the bank holiday for the Queen’s funeral will knock £2billion off GDP.

Truss has already acted to handle the fee of living squeeze by announcing a £150billion energy bill freeze.

That may ease the pressure on households and might even avert a recession, some claim.

Trouble ahead: Liz Truss has already acted to handle the fee of living squeeze by announcing a £150billion energy bill freeze

But consumer pain can be in concentrate on Wednesday when the Office for National Statistics is predicted to report that inflation stays at a 40-year high – rising to 10.2 per cent in August from 10.1 per cent in July.

Figures on wages and jobs, retail sales and GDP may also be published this week.

Next Monday’s bank holiday could present a recent snag for the economy. Simon French, at Panmure Gordon, told The Sunday Times that previous one-off bank holidays had lowered output by as much as £2billion.

Panmure Gordon thinks it can mean that, moderately than growing by 0.1 per cent, the economy will shrink by 0.1 per cent in the present third quarter.

French said: ‘There are few parallels. We may not simply be talking about an additional bank holiday. There might be a chronic period of national mourning.’

Some businesses closed for a day after the Queen’s death last week while sport and entertainment events were affected. The fresh dent to economic activity threatens to create a renewed obstacle to an economy already hit by the fee of living squeeze.

Pay is falling at a record rate in real terms – because while wage packets could also be rising they still lag behind prices.

Separate labour market figures tomorrow will show whether the gap has widened even further.

But Truss’s big-spending intervention should mean the pain starts to abate as inflation eases. Some economists think it can have peaked.

Retail sales data due on Friday is predicted to indicate a fall of 0.6 per cent in August.

Individually, GDP figures for July, published today, are expected to color a positive picture, with the economy growing by 0.4 per cent.

That comes after a 0.6 per cent contraction in June when the four-day Platinum Jubilee Bank Holiday weekend took its toll.