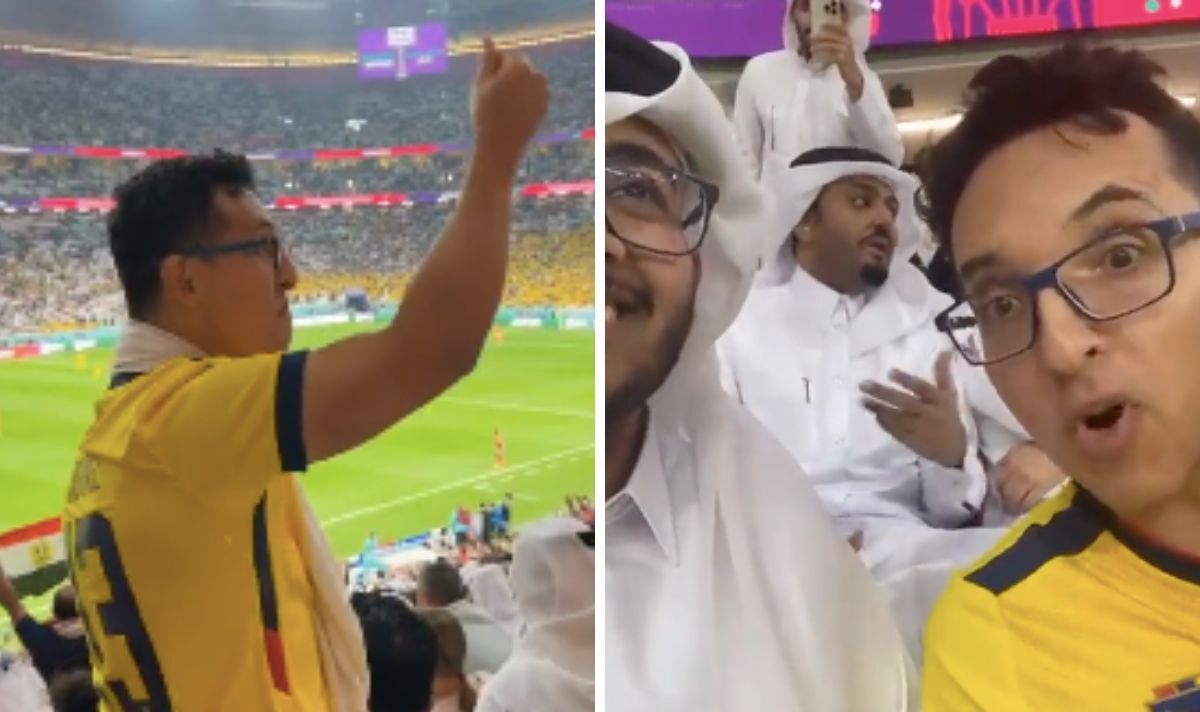 An Ecuador supporter who taunted Qatar by waving fake money during his nation’s 2-0 victory over the hosts of their World Cup opener has backtracked on his antics – claiming passion “makes people upset”. La Tri fanatic Peter was among the many South American fans contained in the Al Bayt Stadium in Doha for the primary match of the tournament and he was keen to make his feelings known from the stands, even when it upset the locals.

Viral footage showed the Ecuador fan rising to his feet from his seat and waving fake money to varied sections of the stadium.

Donning his nation jersey with ‘Monge 13’ on the back – the passionate supporter is now afraid of receiving some verbal abuse.

He later sits within the clip down after being told to achieve this by among the Qatar supporters which are seated throughout the same proximity because the Ecuador fan.

A row then ignited between a Qatar supporter and Peter, who turned around to confront among the people shouting at him from just a few rows back.

“But we come together for sport, sport brings people together.

“We’re very friendly with one another, I wish Qatar the most effective. And it’s a ravishing World Cup thus far, I adore it.”

To which the Qatari responded: “After all, we wish Ecuador the most effective too.”

Unfortunately on the sphere, Qatar became the first-ever host nation to lose the opening match of the World Cup as they fell to a 2-0 defeat.

There was controversy from the get-go when Enner Valencia’s fifth-minute opener was ruled out for offside – a call that will later prove to be the right decision despite fierce online criticism.

It didn’t matter an excessive amount of though as Valencia did finally get his goal when he was brought down for a penalty by Qatar goalkeeper Saad Al Sheeb, who was then beaten by the resulting spot-kick.

Former West Ham and Everton striker Valencia then headed home a second for Ecuador to place them top of Group A before eventually limping off with a knee injury within the second half.