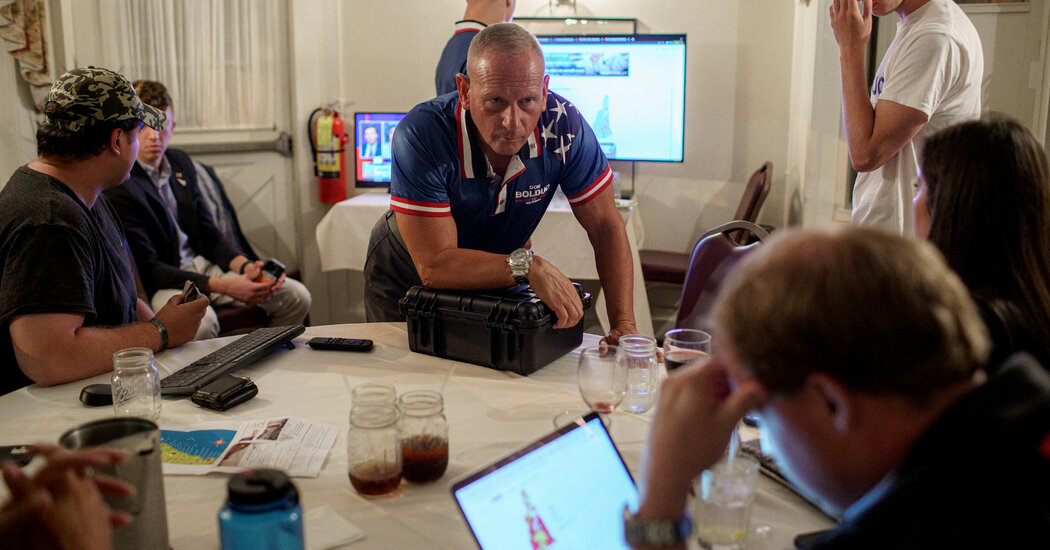 Mr. Bolduc’s problem has been his complete lack of subtlety or coded messaging, said Fergus Cullen, a former chairman of the Recent Hampshire Republican State Committee who’s now a city councilor in Dover.

At a Republican debate just before the Sept. 13 primary, Mr. Bolduc, a retired brigadier general within the Army, declared unequivocally, “I signed a letter with 120 other generals and admirals saying that Trump won the election, and, rattling it, I stand by my letter.” He added for good measure, “I’m not switching horses, baby. That is it.”

His nomination clinched, Mr. Bolduc on Sept. 15 left that horse in a ditch. “I’ve done quite a lot of research on this,” he said on Fox News after being shown a clip of his promise to remain the course on election denial, “and I’ve spent the past couple weeks talking to Granite Staters everywhere in the state from every party, and I even have come to the conclusion — and I need to be definitive on this — the election was not stolen.”

When a flabbergasted Fox host, Dana Perino, pointed to Mr. Bolduc’s adamant statements before the first, he shrugged: “You realize, live and learn, right?”

General-election turns to the middle are nothing latest, but few would say Mr. Bolduc, a political newcomer whose authenticity was his calling card, executed his easily.

“Don spent the last three years hanging with primary voters, a 3rd to a half who bought into the entire stolen-election thing, or at the least thought something was fishy,” Mr. Cullen said. “If you spend that much time around individuals who feel that way, it’s easy to think everybody felt that way.”