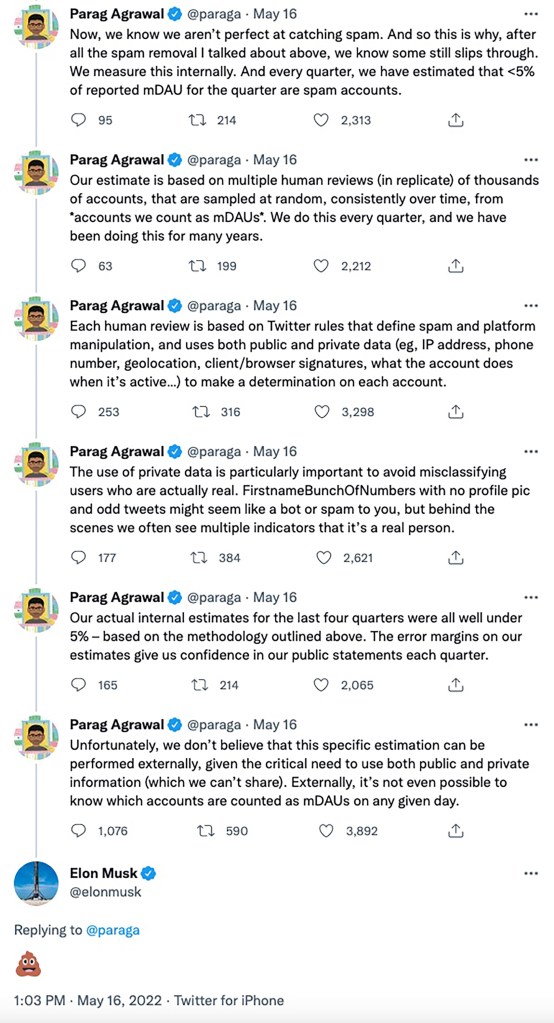 Elon Musk finally explained his infamous “poop emoji” response to a lengthy discussion of spam bots by Twitter’s CEO — and it was nearly as succinct as the unique, scatological tweet.

Musk had tweeted the emoji on May 16 in response to a lengthy thread by Twitter CEO Parag Agrawal – who defended the corporate’s assertion that fake accounts comprised lower than 5% of the general user pool.

In a recent tweet Thursday, Musk addressed Twitter’s citation of the exchange in its lawsuit demanding that Musk follow through on his $44 billion takeover of the corporate – noting that his use of the off-color emoji signaled his view that Agrawal’s claims “= bs.”

Twitter’s legal team had presented the tweet and others as evidence that Musk had “violated his obligations” under the unique merger deal wherein he agreed to purchase the social media company.

“Since signing the merger agreement, Musk has repeatedly disparaged Twitter and the deal, creating business risk for Twitter and downward pressure on its share price,” Twitter’s attorneys argue within the grievance filed on Tuesday.

Twitter also accused Musk of repeated violations of a confidentiality agreement included within the merger deal.

Musk backed out of the deal last week, citing concerns about spam accounts inside its user base. His camp argued in a filing that Twitter had did not comply with repeated requests for information needed to confirm the number.

While the legal battle in Delaware chancery court continues to be in its early stages, Twitter is widely viewed to have a powerful argument in its bid to force the deal to proceed. The merger agreement with Musk also included a $1 billion breakup fee that the billionaire is likely to be forced to pay. 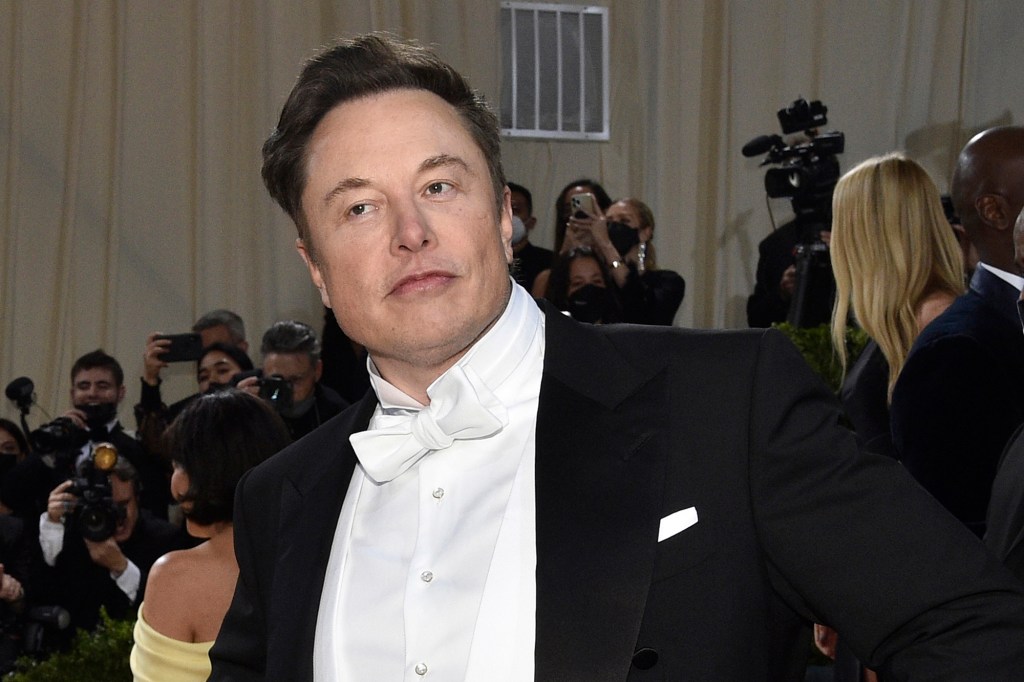 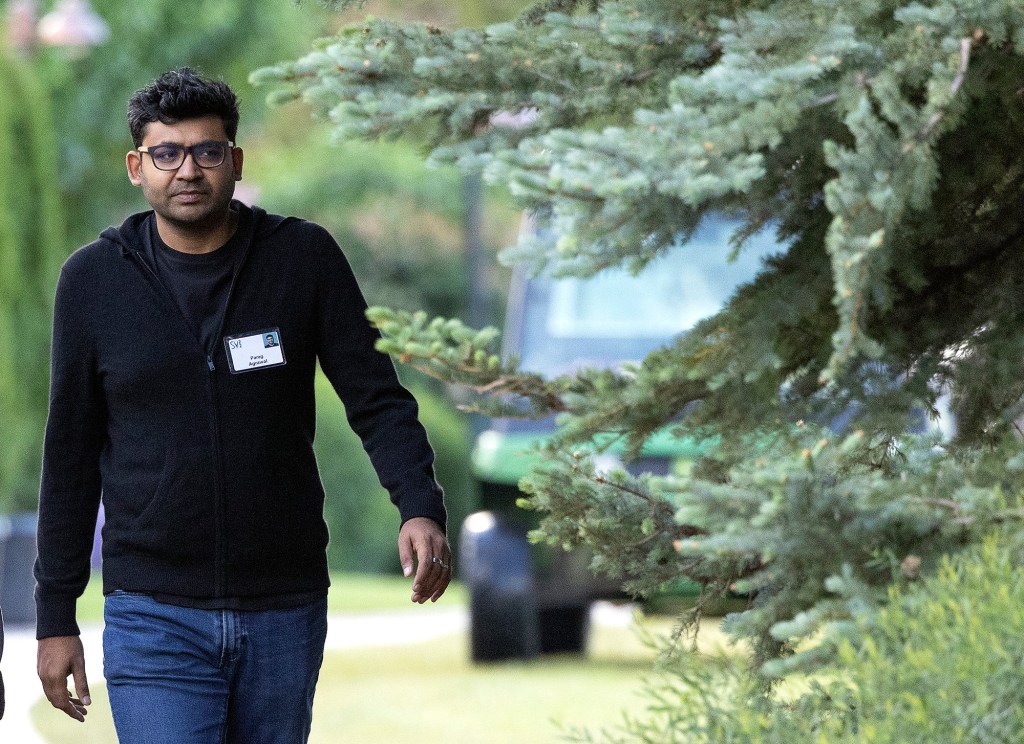 Twitter CEO Parag Agrawal has maintained that spam bots comprise lower than 5 percent of accounts on the platform.Getty Images

Earlier this week, noted short-seller Hindenburg Research revealed it had taken an extended position on Twitter. The firm described the lawsuit as a “credible threat to Musk’s empire.”

CNBC’s David Faber took it a step further, arguing in a segment that Musk could eventually face jail time for backing out of the agreement.