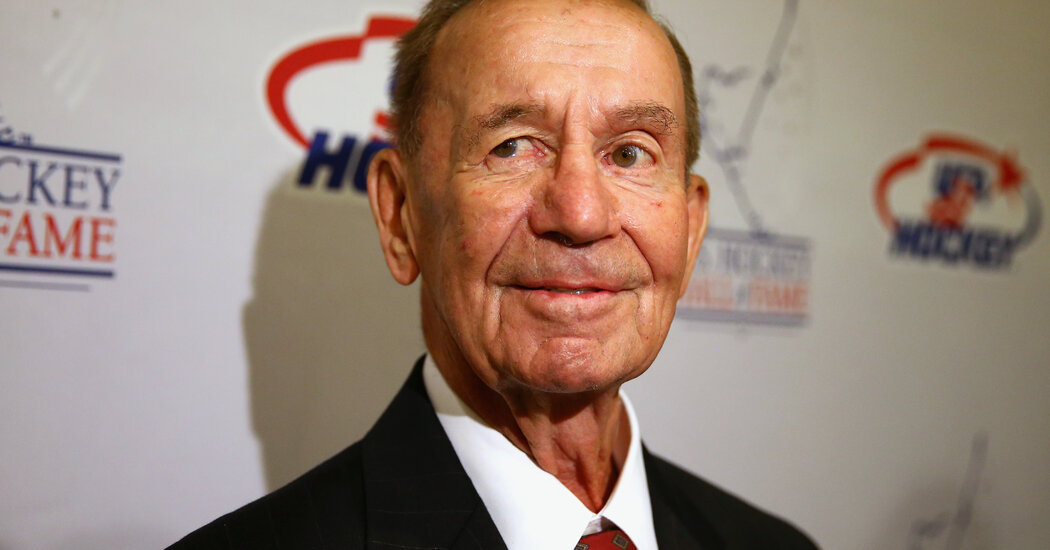 But that was Emile’s way, and it was at all times a team effort. He was obsessive about not having anything misplaced.

I attended training camp one fall in Kitchener, Ontario, with my wife and my infant daughter. Francis told the person on the front desk to place us in a room in the back of the hotel — he didn’t need a woman at training camp. Too distracting.

I used to be so fascinated with the sport — and with him — that I wrote a book called “A Yr on Ice,” which chronicled the roller-coaster 1969-70 season (and, I’m proud to say, was just made right into a fictionalized film). So as to add what I believed on the time was total honesty, I included a paragraph that described a lady running out of a player’s hotel room in tears. That was it. A couple of sentences.

Just concerning the time the book got here out, Francis was embroiled in contract battles with a few of his stars. He suspended Brad Park, Jean Ratelle, Vic Hadfield and Walt Tkaczuk because they refused to play an exhibition in training camp without contracts. It was the start of players fighting for his or her rights in hockey. I wrote extensively about their demands, and Francis wasn’t completely satisfied.

It was all resolved after bitter battles. Then, a number of weeks after the book was published, at Skateland, the team’s practice rink in Recent Hyde Park, N.Y., the trainer told me, “Emile would love to see you within the locker room.”

I walked in and there he was, in the midst of the room, with your entire team. He said, “I would like you guys to listen to this,” and he read the excerpt concerning the woman running out of the player’s hotel room.

“And that is the guy you’re talking to, trusting him?” Francis said, me. Then he added, “Get out.”