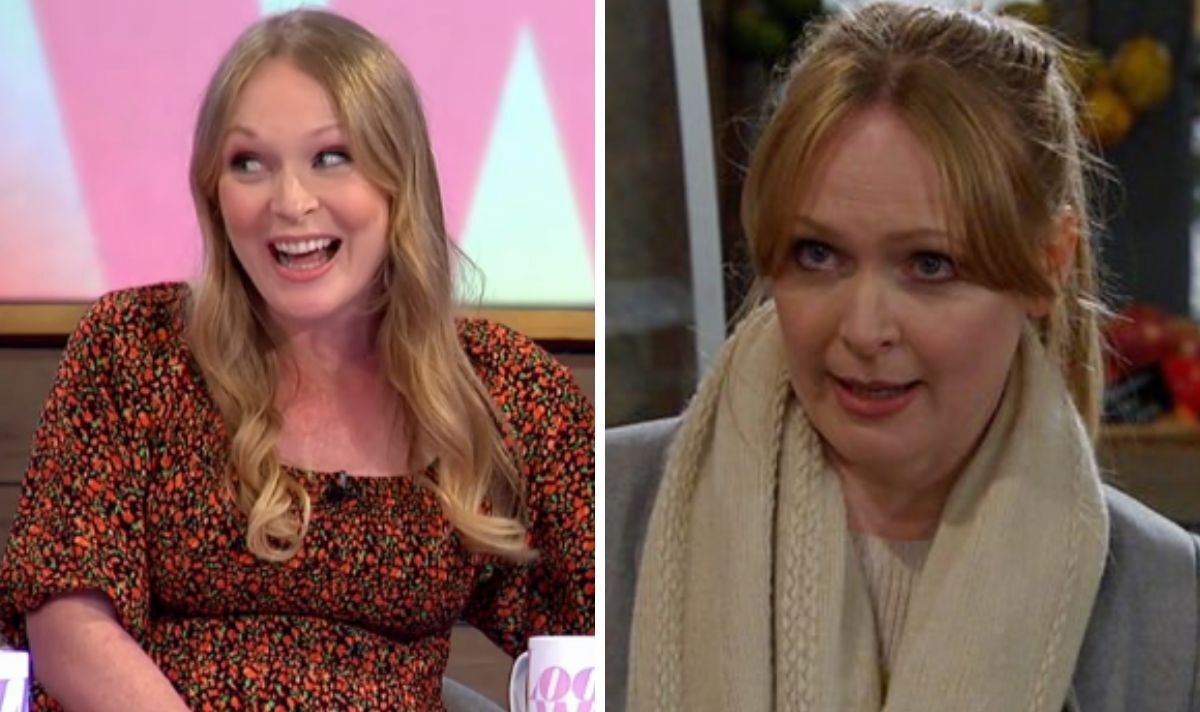 The ITV soap star appeared alongside her Emmerdale colleague and wife, Kate Brooks on Wednesday’s Loose Women where she spoke about her second pregnancy. Michelle, who’s 23 weeks pregnant, admitted she has suffered lots more morning sickness during her second pregnancy, in comparison with her first together with her son, Teddy.

Nonetheless, towards the top of the segment, Christine Lampard said the blissful couple had a giant announcement to make.

In doing so, Michelle and Kate shared the gender of their baby – revealing they were having a baby girl.

“There may be a giant reveal happening,” Christine began before adding: “You’ve little, Teddy, so tell us about baby number two.”

Michelle excitedly replied: “So, baby number two is a little bit girl. Teddy goes to have a little bit sister.”

She continued: “We didn’t know with Teddy until we came upon, and we thought the entire way through that Teddy was a little bit girl.

“I do not know why, we did not have the scan or anything.”

Speaking about how her pregnancy has been thus far, Michelle said: “It seems to have flown by this one.

“First 12 weeks this time around… yeah, quite a little bit of morning sickness.”

“And also you’re all the time going to be very open and honest with the kids.”

Opening up concerning the donor process, the soap star replied: “Yeah, because we were on the clinic where we didn’t really know much about it.

“We have done a little bit little bit of research but we wanted them to form of inform us really.”

Michelle said it was so simple as picking out what color hair and characteristics they wanted their child to have.