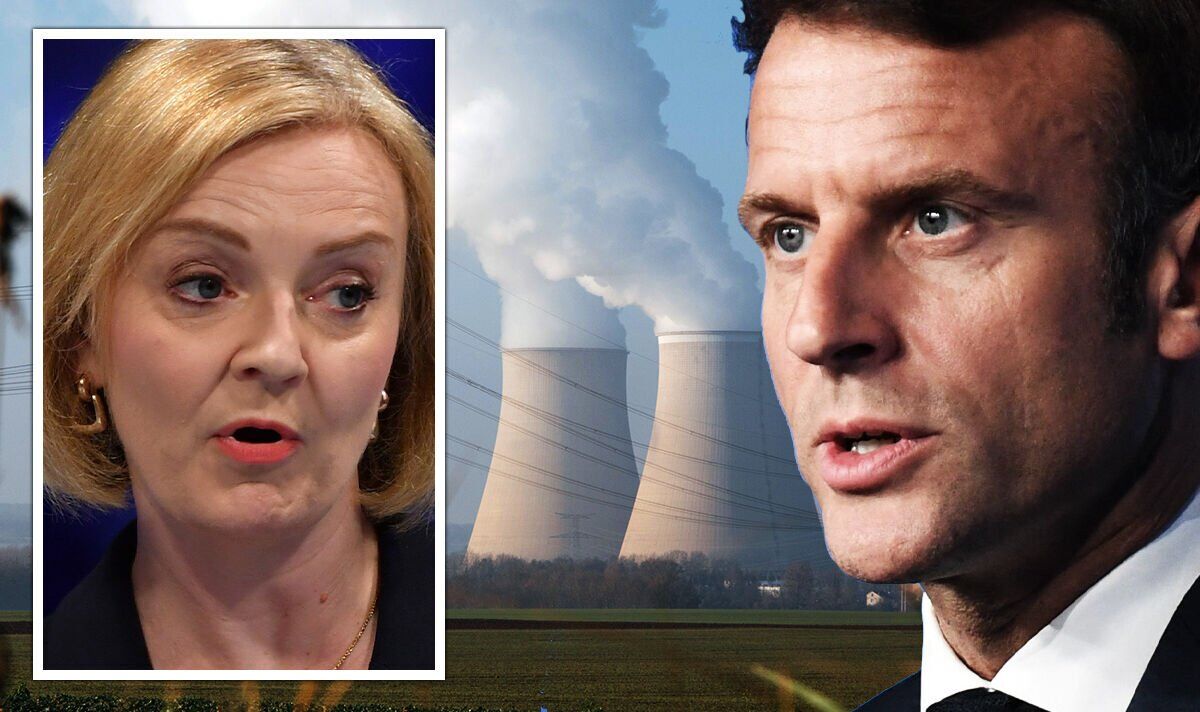 Britain is lagging behind the French in relation to nuclear power generation, which could prove to be an enormous boost for UK energy security in the approaching years. While the nation has pledged to ramp up the industry, a key a part of its energy strategy unveiled in August shows it still likely has an extended option to go before it matches France’s impressive statistics. It’s fair to say Paris deserves the bragging rights on this department, provided that a staggering 70 percent of its electricity is powered by nuclear energy. Meanwhile, most of Britain’s continues to be produced by burning gas.

Nevertheless, hope will not be lost, provided that the UK has an ambition of accelerating the deployment of civil nuclear to as much as 24 gigawatts by 2050, thrice higher than current levels.

But this amount of nuclear power would still only represent a projected 25 percent of the projected electricity demand, with the remainder more likely to come from renewable sources if the UK manages to keep on with its net zero pledges.

And there are many projects within the pipeline, from the eight designated nuclear sites to Rolls-Royce’s revolutionary small modular reactors that are far easier to construct than traditional nuclear stations. Meanwhile, the Government also launched a £120million Future Nuclear Enabling Fund in April to assist to support projects and get them through the development phase.

But in accordance with Dr Tim Stone CBE , chairman of the Nuclear Industry Association, the UK’s nuclear energy story has been certainly one of “neglect”, although “our nuclear power stations are the best low-carbon assets in British history” and “vital bastions of our energy security”, he wrote within the Telegraph.

Noting that within the Nineteen Seventies, Dr Stone explained that France and Britain each had the identical nuclear capability at 6.4GW, however the French pulled far ahead by the Nineties, with 56 GW in comparison with the UK’s 11.

While the French were undertaking a historic nuclear drive, the UK reportedly prioritised North Sea gas and oil, which Dr Stone appears to suggest was more of a fast fix somewhat than a long-term solution for energy security that may power the country securely for many years.

He wrote: “We deregulated our energy markets to reap the benefits of the bonanza of low-cost gas, without preserving sovereignty for our country.

“We allowed the burning of gas for electricity, previously thought a silly extravagance (which can come back to haunt us in the long run when we want feedstocks for chemicals and pharmaceuticals), and ploughed money into cheap-to-build, quick-to-start gas-fired stations without considering the broader ramifications.”

Now, because the UK scrambles to decarbonise, it has been forced to make use of gas as a “transition” fuel because it progressively weans itself off fossil fuels by 2050. But because of the volatile nature of the market, the energy source which was once low-cost for Britain has grow to be astronomically expensive because of Russia’s war in Ukraine and Vladimir Putin’s slashing of supplies to Europe.

While Britain can have a few of its own North Sea supplies, this gas gets sold to customers on the integrated market, which is impacted by the provision shocks felt in Europe, in turn having an enormous knock-on impact on bills.

This dependence on North Sea supplies which were once low-cost, argues Dr Stone, has come back to bite us. Making this worse, ignoring nuclear in previous years has also meant we now have a system that relies an excessive amount of on imported gas, exposing Britons to the volatile markets as explained above.

One other issue, Dr Stone claims, is that Britain has tried to ramp up its renewable energy capability without expanding the complement of baseload nuclear to supply stability, which doesn’t depend on weather conditions unlike wind or solar energy.

To resolve this, Dr Stone argues within the Telegraph: “We must always deploy nuclear reactors in fleets, meaning multiple units on every site we decide, and multiple sites using the identical technology to capture the advantages of replication.

“There isn’t a greater folly than constructing nuclear reactors one by one, with great gaps in between. To construct one by one increases cost, time, and risk. To construct in fleets, as other countries have proved, is the one proven option to cut these.”

Nevertheless, while France could also be ahead within the nuclear game, it will not be in the very best of situations currently. In reality, it has even appealed to the UK to assist keep the lights on this winter after French President Emmanuel Macron and Prime Minister Liz Truss agreed to cooperate on energy.

It got here after France’s nuclear power output plummeted by 37.6 percent in August because of corrosion issues with its ageing nuclear reactors. Coming to its assistance, the UK may send electricity to France via interconnectors that link the 2 countries together to trade power.

Dr Jeff Hardy, Senior Research Fellow on the Grantham Institute, Imperial College London, told Express.co.uk: “The UK is interconnected via high voltage cables to several European countries, including France, Norway, Belgium and the Republic of Ireland. Interconnection is a superb thing because it diversifies our supply, enhancing electricity system resilience.

“France has been affected by nuclear power outages, which has led to a decent electricity market in France. Historically, France has supplied the UK with low-cost power from its nuclear fleet. Now, it needs help, which is precisely why interconnection is a superb thing for European security.”