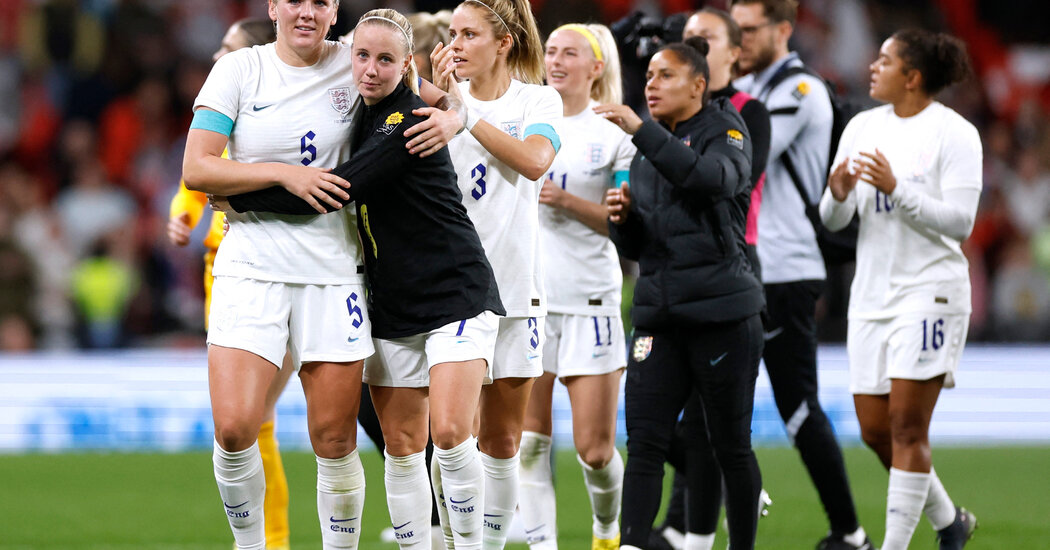 Strictly speaking, after all, there was nothing riding on this meeting of the longstanding world champion and the recently crowned European champion at Wembley Stadium. There was no glittering prize for victory, no lasting pain for defeat.

It was, as an alternative, intended as a showpiece and a showcase: a probability for England, fresh from winning its maiden international honor, to enjoy a celebratory homecoming and a possibility for the US to stretch its legs on European soil. Though neither set of players would have wished it, it became a probability, too, to display solidarity within the aftermath of the Yates Report, which detailed systemic abuse of players in women’s soccer in the US.

Meaning, though, is established by consensus. And, deep down, each side knew that the concept that this was a friendly, an exhibition, was a lie. It’s the US and England, in any case, who’ve “stretched clear” of the pack, as Megan Rapinoe put it, and who stand because the two undisputed powerhouses of ladies’s soccer. It’s the US and England who may be expected to enter next 12 months’s World Cup as favorite and challenger. Wembley was the possibility to determine which team would occupy which role.

It is simply too simplistic, though, to say that England’s victory establishes its primacy. That it’s the more settled, the more cogent of the 2 at this stage — still 10 months out from the finals — is a good assessment; that it’s the beneficiary of a swelling momentum, built during its golden summer and nourished by overcoming the US, the game’s historical hegemon, just isn’t doubtful.

For considerable stretches of the sport, England looked every inch the approaching force: crisper, slicker, more inventive in possession than its visitor, more able to controlling and ranging the speed of the sport, more ruthless on the counterattack, more purposeful in its press. It deserved its early lead, secured through Lauren Hemp, and it deserved to wrestle it back, too. Georgia Stanway atoned for gifting Sophia Smith an equalizer by converting a penalty soon after.