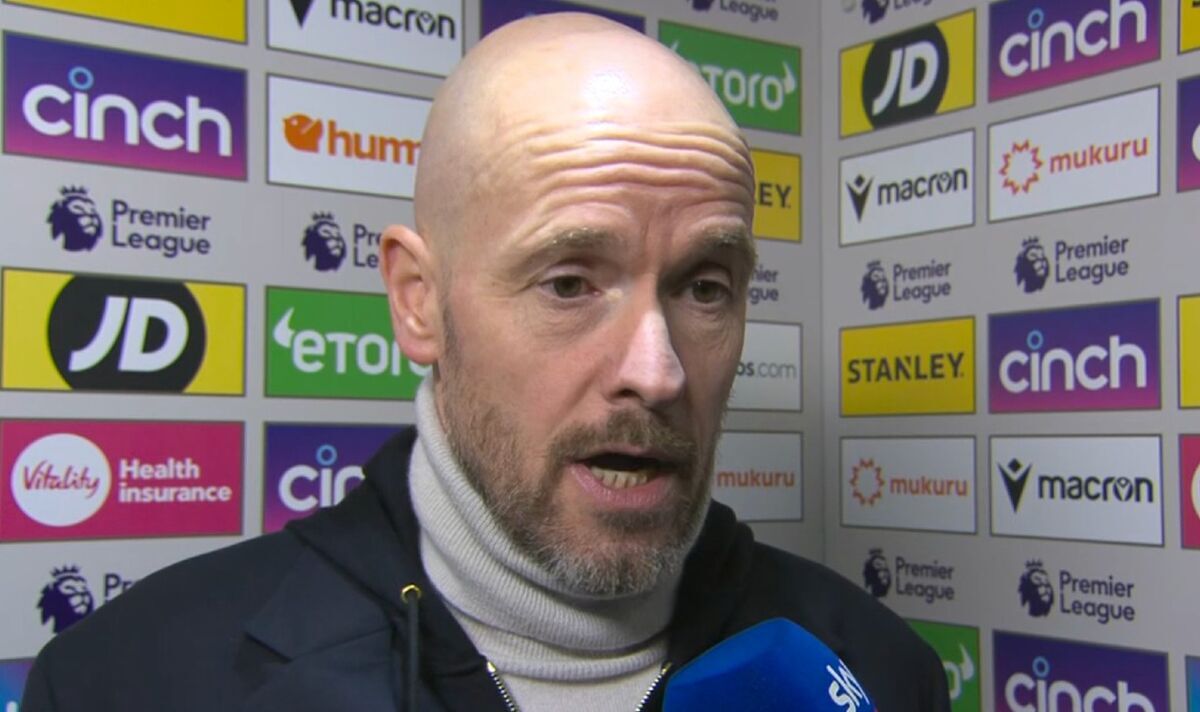 Manchester United boss Erik ten Hag refused responsible Casemiro for his yellow card in Wednesday’s draw against Crystal Palace that may see him miss Sunday’s crucial meeting with Arsenal on the Emirates Stadium. The Red Devils went into the fixture at Selhurst Park on a run of seven consecutive victories in all competitions but were denied an eighth by Michael Olise’s stunning free-kick with just minutes left to play at the tip of the second half.

United drew first blood through Bruno Fernandes as half-time approached, with the Portuguese midfielder ending off a sweeping team move with a clever finish from inside the realm to provide the visitors the lead. They managed to carry on for the overwhelming majority of the second half before the equaliser got here through Olise, who managed to beat David de Gea with a pinpoint free kick that bounced over the road via the crossbar in stoppage time.

Nonetheless, the most important talking point from United’s standpoint was the booking that Casemiro received for a full-blooded challenge on Wilfried Zaha because the clock ticked down. It implies that he’ll miss Sunday’s game against Premier League leaders Arsenal in a serious blow to United’s hopes of winning in north London, although Ten Hag was hesitant responsible the Brazilian midfielder when quizzed on the incident after the full-time whistle.

“I feel it’s instinctive, he went for the ball,” the Dutchman told Sky Sports. “It’s quite clear it was also a situation of what might have been. He desired to stop it and that was his response. As I said, now we have to impress more for the second goal. Last time we beat Arsenal without Casemiro, so this time now we have to do the identical.”

JUST IN: Manchester United refuse to completely cave in with smart Garnacho offer

Ten Hag went on to run the rule over United’s performance against Palace by insisting that it might have been higher within the second half, with the Red Devils ultimately being forced to pay the value for failing to benefit from their dominance by striking the killer blow.

“I feel we controlled the sport and scored a great goal,” added the United boss. “I wouldn’t say a top, top performance but it surely was OK. We had control of the sport. We had to speculate more within the second, at two [goals] it will be over.

“In the event you concede a goal one or two minutes before [the final whistle] it’s difficult to react, although we had a probability with Casemiro. We’ve to take the lesson and invest more for the second goal.”

Wednesday’s match against Palace also saw Wout Weghorst make his Premier League debut for United after joining the club on loan from Burnley earlier this month. The towering Dutch forward was picked to start out on the tip of United’s attacking trident and managed to carry the ball up well before he was replaced by Scott McTominay with just over 20 minutes remaining at Selhurst Park.

“I feel he did quite well,” said Ten Hag when quizzed on Weghorst’s first showing in a United shirt. “He has to make adjustments to our game. He doesn’t know our way of play, he only had a brief briefing and last training, no games, a few days.”